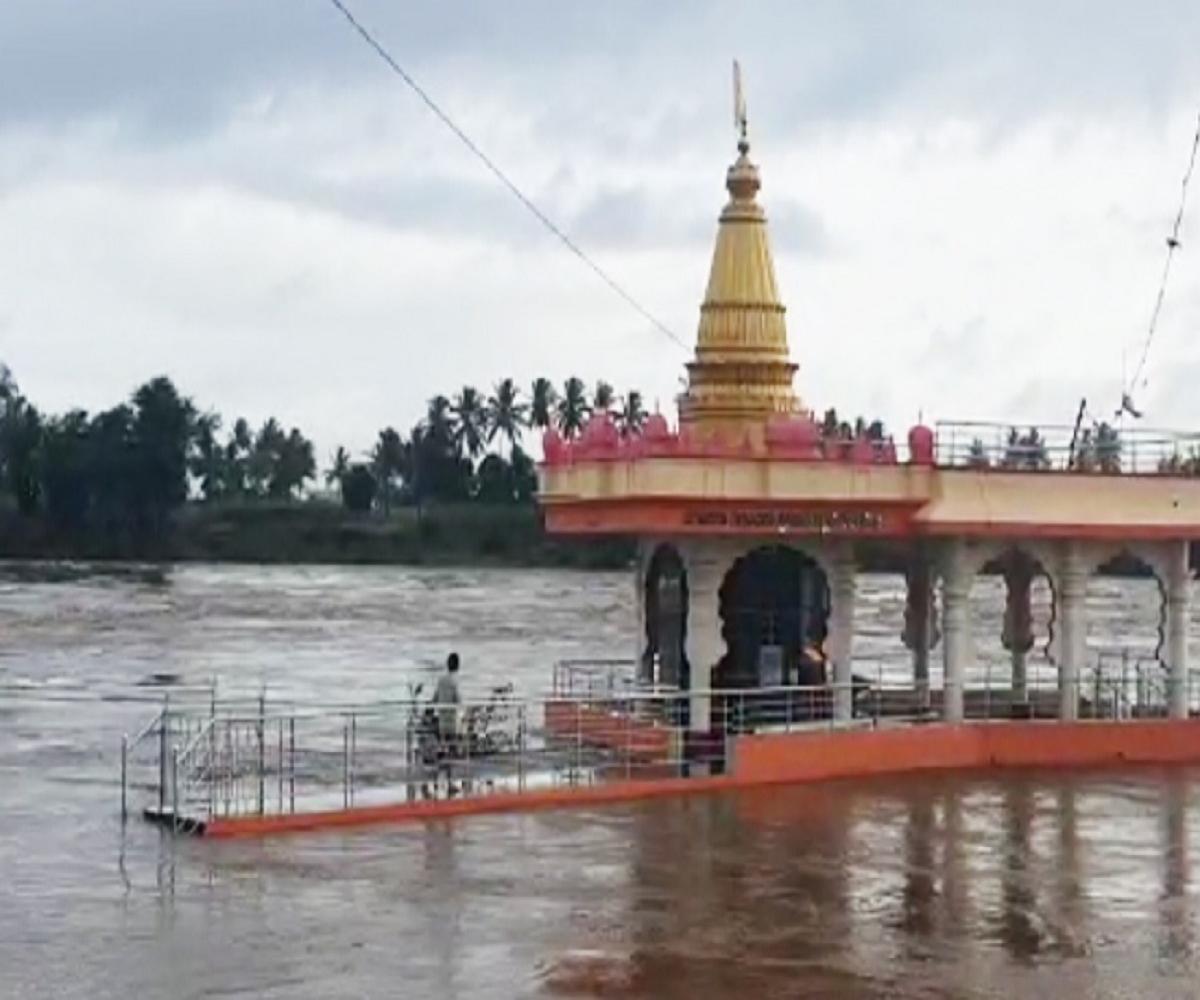 Share
Weather
The decision comes at a time a red alert was sounded in six Karnataka districts – Udupi, Dakshina Kannada, Kodagu, Shivamogga, Chikkamagaluru, and Hassan.
TNM Staff
The Karnataka government would provide Rs 10,000 immediate relief to families affected by heavy rains and flooding in districts across coastal, central and southern areas of the state, an official said on Thursday.
“Chief Minister BS Yediyurappa has directed all the Deputy Commissioners in the rain-cum-flood-hit districts to provide Rs 10,000 interim relief to the affected families and Rs 5 lakh to those whose houses were completely damaged in the natural disaster,” a Revenue Department official said.
The decision comes at a time a red alert was sounded in six Karnataka districts — Udupi, Dakshina Kannada, Kodagu, Shivamogga, Chikkamagaluru, and Hassan. The residents in the districts in the coastal and Malnad region of the state braced themselves for more rainfall over the weekend.
As the south-west monsoon advanced and intensified, heavy and widespread rains with gusty winds have been lashing 12 of the 30 districts across the state, wreaking havoc and disrupting normal life due to flooding, landslides, lakes and ponds overflowing, and rivers and their tributaries in the spate.
“The Chief Minister also instructed the officials to make use of schools, colleges and public places as relief centres to shelter the rain-cum-flood-hit families, as hostels and community halls have been converted into Covid care centres in the affected districts,” said an official.
The affected districts have also been advised to conduct a survey of crop loss suffered by farmers for compensation under the centrally-sponsored Pradhan Mantri Fasal Bima Yojana and the Weather Based Crop Insurance Schemes.
Deputy Commissioners have been told to take preventive measures to protect and provide relief to the people from heavy rains, floods and landslides in the affected districts.
“Yediyurappa also directed ministers in-charge of the districts to remain in their constituency and visit the affected areas to assess the damage caused by the rains and flash floods for compensation and relief aid,” noted the official.
The Chief Minister on Wednesday announced Rs 50 crore for rescue and relief operations in the affected districts across the state.
“Bagamandala in Kodagu district where Cauvery river springs near Talakaveri received a whopping 486 mm rain during the last 24 hours, causing flash floods and disrupting normal life as offices, shops and eateries remained shut and public transport was affected,” added the official.
The water-level in Cauvery and Lakshmanatheertha is flowing at high level while the Sayi layout and Kuvempu layout Kushalnagar is inundated and the affected residents were shifted to safer locations.
Body 2:

Idol at Hassan temple being repaired

After accident, villagers stage protest in front of bar

Farmers stage protest in Mysuru against amendments to farm laws

Kodagu flood victims to get houses at Biligeri