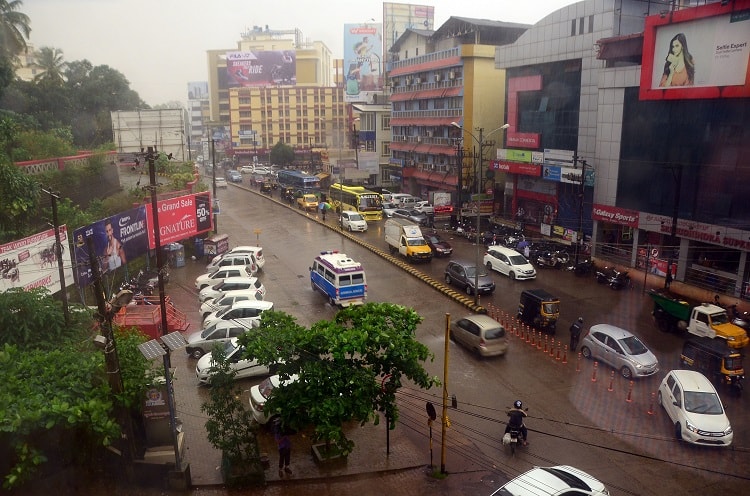 Continuous rainfall was reported during the day and overnight on Tuesday in Dakshina Kannada, Udupi and Uttara Kannada districts.

Three weeks ago, in September, heavy rainfall led to flooding in villages in Udupi and Dakshina Kannada districts. Over 2,800 people were rescued from their homes, but no loss of life was reported in Udupi at that time. Organised rescue personnel were assisted by local fishermen and water sports enthusiasts in helping bring stranded people to safety in the region.

Residents in Kundapur reported heavy rainfall during the day on Tuesday, but there are no widespread reports of flooding. “There has been a dark cloud cover with no let-up in rain on Tuesday,” says Ganesh, a resident of Kundapura.

The rains are predicted to continue till Thursday morning, according to the Indian Meteorological Department (IMD). “There is an extremely low-pressure area in the Bay of Bengal, and the clouds that developed because of it would be hovering on Maharashtra and western coast from October 14 to 16,” said an IMD official.

The IMD had earlier issued an alert for extremely heavy rainfall in the coastal Karnataka region this week. Incessant rainfall was reported in different parts of the neighbouring Telangana state, leading to waterlogging on roads and inundation of some low-lying areas. Even in Hyderabad, the capital of Telangana, several neighbourhoods are reportedly flooded.