Candidates of BJP, Cong and JD(S) file their nomination for Bengaluru bye-poll seat 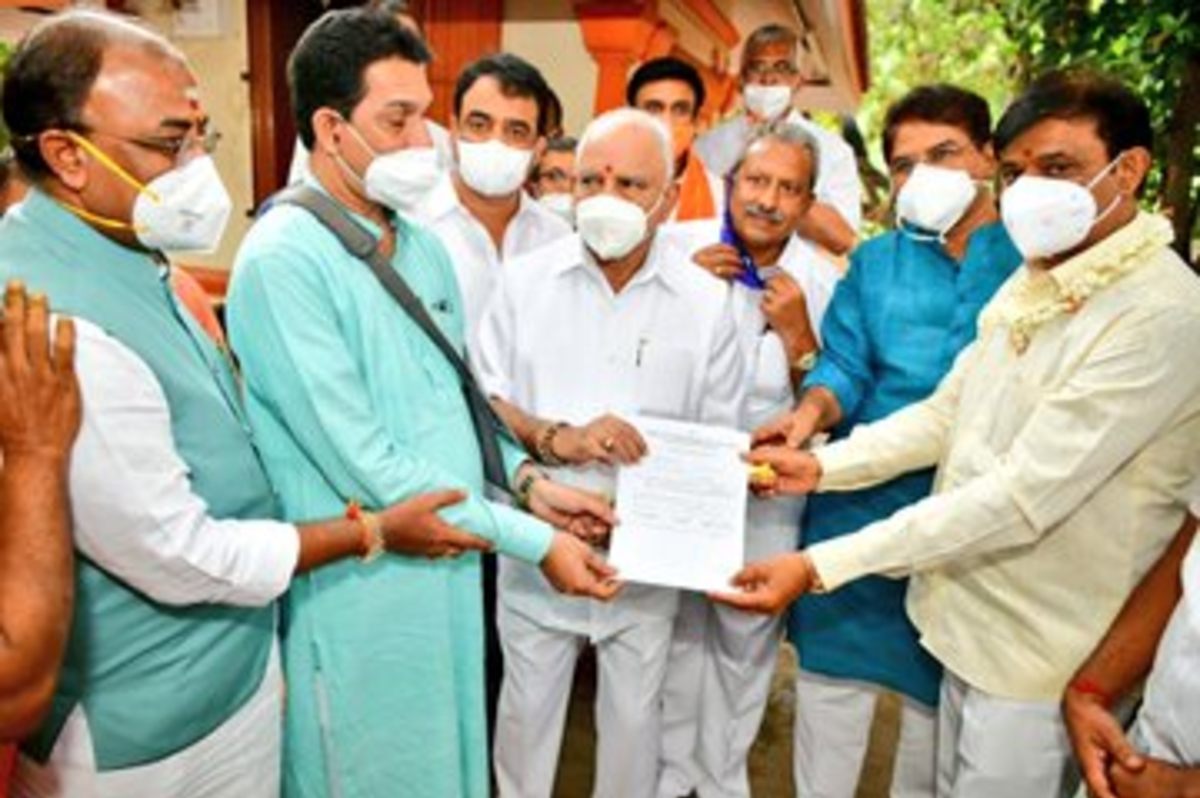 Chief Minister BS Yediyurappa accompanied Munirathna to the nomination centre in a procession.

Poll fever intensified in Bengaluru amidst the rise of COVID-19 cases with the candidates of all the three major political parties—BJP, Congress and the JD(S) contesting the Rajarajeshwari Nagar assembly bypoll filing their nominations on Wednesday. The BJP, Congress and the JD(S) have fielded N Munirathna, H Kusuma and V Krishnamurthy respectively for the bypolls that are scheduled to take place on November 3.

Munirathna was twice elected on Congress ticket from RR Nagar constituency — once in 2013 and second time in 2018. However, his resignation from the Assembly last year along with 15 other MLAs of Congress and the JD(S) necessitated the bypolls in the constituency.

After resigning from the assembly, he joined the BJP and now, he is contesting the polls on the BJP ticket. There were long processions led by party leaders atop open vehicles. Party workers holding party flags, scarfs and raising slogans followed their leaders.

A day after Munirathna was named as BJP candidate, Chief Minister BS Yediyurappa accompanied him to the nomination centre in a procession. Earlier Yediyurappa handed over the ‘B’ Form to him inside a Lord Ganesha temple before the deity. B Form for elections is a proof that a particular candidate is put up by a political party.

After filing the nomination, Munirathna exuded confidence about his victory. JD(S) leader HD Kumaraswamy too accompanied his party candidate.

Speaking to reporters, Kumaraswamy said he would personally oversee the entire election management and lead the campaign in Rajarajeshwari Nagar. “Congress party’s game plan will not work this time in RR Nagar. How will they face the voters when they could not do anything for the constituency despite winning the elections from here twice?” Kumaraswmay sought to know.

The Congress candidate Kusuma, accompanied by former chief minister Siddaramaiah and Congress state chief DK Shivakumar, filed the nomination papers. Shivakumar said the election was crucial as it is a way to send a message to the state government as well as the Centre.

Meanwhile, in Sira in Tumakuru district, the BJP candidate Dr Rajesh Gowda too filed his nomination papers. He was accompanied by Deputy Chief Minister Govind Karjol.