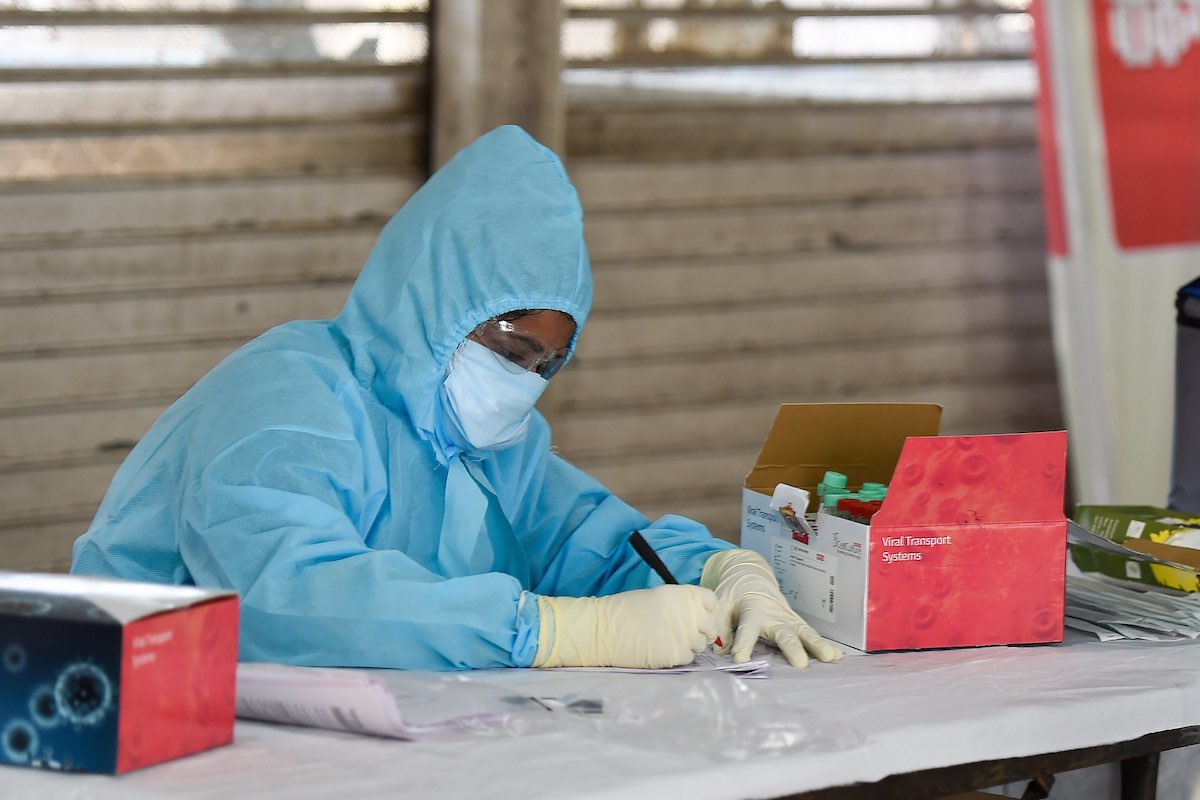 TNM spoke to corporators and health officers who listed various possible reasons for the spike.

Bengaluru’s Mahadevapura, which had fewer COVID-19 cases in the city compared to other areas, has witnessed a huge spike in cases over the last one month. In the last 10 days alone, Mahadevapura reported a relatively higher number of cases compared to the rest of the zones in the city and the Bruhat Bengaluru Mahanagara Palike officials say, that the cases began increasing as the testing increased. But they also say that it could be due to several reasons they have observed as a trend in the ward, but cannot conclusively determine the reason for the spike.

On Sunday, Mahadevapura ward reported 466 COVID-19 cases. In the last 10 days, there were 6,440 cases reported in the Mahadevapura. This means that 16% of the 40,178 patients in Bengaluru, who contracted the coronavirus during this period were from Mahadevapura zone.

“Ward number 150, Bellandur, which has been reporting more than 100 cases per day over the last 10 days, is also an area in Mahadevapura where the cases have increased,” said Bellandur corporator A Asha.

She maintained that the cases in Mahadevapura, especially in Bellandur, began increasing after private hospitals began treating COVID-19 patients. “In the ward where there are more than 100 cases per day, it is because the ambulance drivers, housekeeping staff at private hospitals, nurses and the support staff for COVID-19 case are testing positive. This is one of the reasons for the increasing number of cases,” A Asha said.

Another reason, she said, is that the Quarantine Watch squad have been coming across people violating home isolation and stepping outside their homes even after testing positive for the virus. Asha Suresh said that three days ago in Bellandur, a 27-year-old man from West Bengal, who was working in a private company in the city, was caught by the Quarantine Watch volunteers, when they found him outside a tea stall.

“He had tested positive five days ago. Two days later, he didn’t have any more symptoms as it was mild. He stepped outside to drink tea from a tea stall near his house and the volunteers reported it to BBMP, who transferred him to the COVID Care Centre,” corporator Asha said, while adding that the volunteers have come across several cases where ome isolation was violated and those who had tested positive were found to have stepped outside their homes.

“We don’t know if that is the reason for the spike but we know it is because we have increased testing, both RT-PCR and antigen. Like many other zones, for instance the South zone, which had so many cases, now has relatively lower cases. Mahadevapura is also peaking now,” said Mahadevapura Health Officer Dr Surendra. He also said that in the zone, people aged between 20 and 40 years were now not scared to step outside their homes and carry on with their day to day activities.

“This could also be one reason for the increase. Earlier even if there was one case in an office, there was a seal down. Now there are no seal downs and offices should take up responsibility of sanitising their buildings. Several call centres and offices have opened up, restaurants, pubs have opened. Since people have been moving around more, it could also be one reason,” Dr Surendra added.