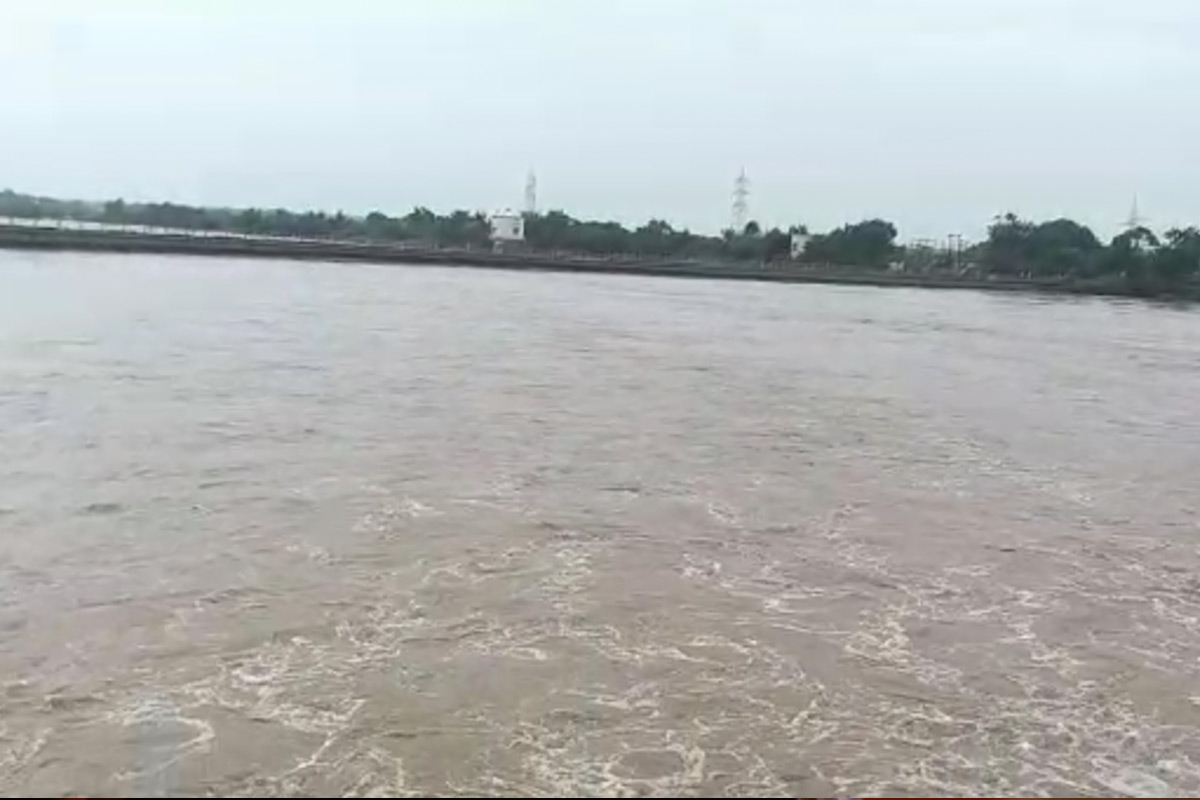 People at relief camps say that there is no physical distancing maintained, and no masks or sanitisers have been provided at these centres.

“What if my children and grandchildren get COVID-19?” This is the fear ringing through the minds of people at the Koodi Dargah, a relief camp in Kalaburagi district’s Jewargi taluk. Meenakshamma Pampagouga, a 68-year-old resident of Jewargi taluk, said that the district administration has not provided them with masks, sanitisers or any safety equipment to protect them from COVID-19.

There are three rooms in the relief camp, to which over 100 people have been shifted from different villages in Jewargi. With no clothing, beds and blankets provided to the people there, Meenakshamma fears that her grandchildren might fall sick.

Meenakshamma, her two sons, daughters-in-law and three grandchildren came to the Koodi Darga relief camp four days ago, when water from the Bhima river flooded the entire village of Balwad. “No one told us that so much water was going to be released from the dams. We had no warning to pack up and leave,” she laments.

Meenakshamma fears that the lack of physical distance in the relief camp can spread the infection of the coronavirus quickly. “There are so many schools which are empty. They could have shifted people to these places instead of shifting large numbers of people to one camp. When we left, we couldn’t get any of our belongings, including masks, as they were washed away in the water. Shouldn’t the government provide us with at least masks?” she questioned.

Ashamma, a 29-year-old mother to a 6-year-year-old boy, says that the people have not been provided with blankets or beds to sleep on. “I have a 6-year-old son. My husband is also here but he has gone back to the village to see if any of our clothes or belongings have been safe. I just don’t want my son to get sick,” she said. She and her family have been shifted to the Devangaon relief camp.

Over the last five days, floods have hit three districts of Kalaburagi, including Jewargi, Chittapura and Afzalpur. The heavy inflow of water into the Bhima River from the Ujjaini and Veer Dams in Maharashtra has completely flooded 57 villages in the district. On Monday, 8 lakh cusecs of water was released into the Bhima River, said Kalaburagi Deputy Commissioner VV Jyothsna.

“Rs 50 lakh has been released for each taluk for the flood relief work now and we are working with that. We have been shifting people to relief camps and doing our best. Masks and sanitisers will be provided shortly. We have provided them in many relief camps but it may take time for it to reach some camps in remote places,” she added. Though the district administration has not yet determined the full extent of the damage caused by the floods, it says that around 23,250 people have been displaced.

“It is possible for communicable diseases to spread in times of floods. We have been providing clean drinking water to everyone at relief camps. We have directed the districts to do this. We have asked the helpers at the relief camps to sanitise the place regularly. We will start taking samples for testing soon. Pregnant women, senior citizens and children will be taken to the PHCs, or taluk hospitals shortly. We received the orders from the Health Department today,” VV Jyothsna said.

Karnataka Minister for Health and Family Welfare Dr K Sudhakar said that mobile PHCs (Primary Healthcare Centres) in the districts will be put to use to tend to people who fall sick. Dr Sudhakar said that masks and sanitisers will be distributed. “We have also requested people to donate masks and sanitisers in the districts. Whoever has the capacity to do so.  We are also providing them,” he added.