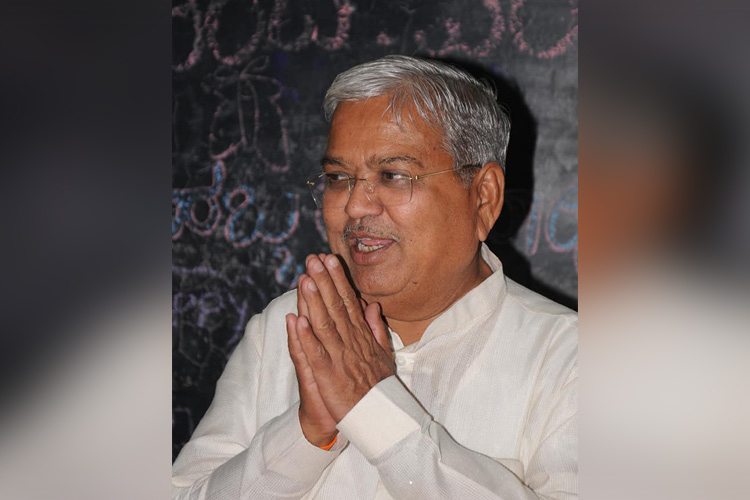 Being the district in-charge Minister for Kalaburagi, which has been badly hit by floods, there was public anger against Karjol for not visiting flooded areas.

Karnataka’s Deputy Chief Minister, Govind M Karjol, who has come under severe criticism over not visiting flood-affected areas, shot off an emotional letter to people of Bagalkote district, stating that they must forgive him not visiting his people as he was “emotionally shattered” over his son, Dr Gopal Karjol who is critically ill and on ventilator for the last 24 days in the hospital.

In a letter posted on his Twitter account, titled – My Service Your Pleasure (Seve Nannadu, Sweekara Nimmadu) – he emotionally appealed to people not to judge him over his decision to not visit flood-hit areas. “I know I could not be on your side at this hour of distress. I had not told anyone till date about my son not being discharged till date, who is on ventilator due to Covid attack,” he said.

The letter further read that he (Gopal) needs better treatment, therefore, we have decided to move him to a super speciality hospital in Hyderabad.

“He needs me and my family’s presence even more than before. That is why I have not been able to be on your side. He is 43-year old and I am doing what a father should do at this hour,” he said.

“I am deeply distressed. Along with my family members who were hit by Covid virus, I had come out after treatment but not my son, Gopal who is on a ventilator for the last 24 days. He is fighting his biggest battle, so are we as a family. People of Bagalkote, must forgive me for not being with them,” he signed off the letter.

Congress leaders including Leader of the Opposition, Siddaramaiah and Karnataka Pradesh Congress Committee, DK Shivakumar along with several other leaders had criticised Karjol heavily on social media for not visiting flood affected areas in North-Karnataka region and instead taking part in the BJP campaign in Sira Assembly by-polls.

After this, several Media channels launched a campaign – absentee ministers – and raised questions. Karjol has appeared on media channels in the past week since the rains began.

Just three days ago, notwithstanding the Dy. CM’s emotional appeal, Shivakumar as well as Siddaramaiah continued to demand Karjol’s resignation for him not able discharge his duties as a minister.

Continued attacks on him seem to have triggered Karjol to post such an emotional message on his Twitter.