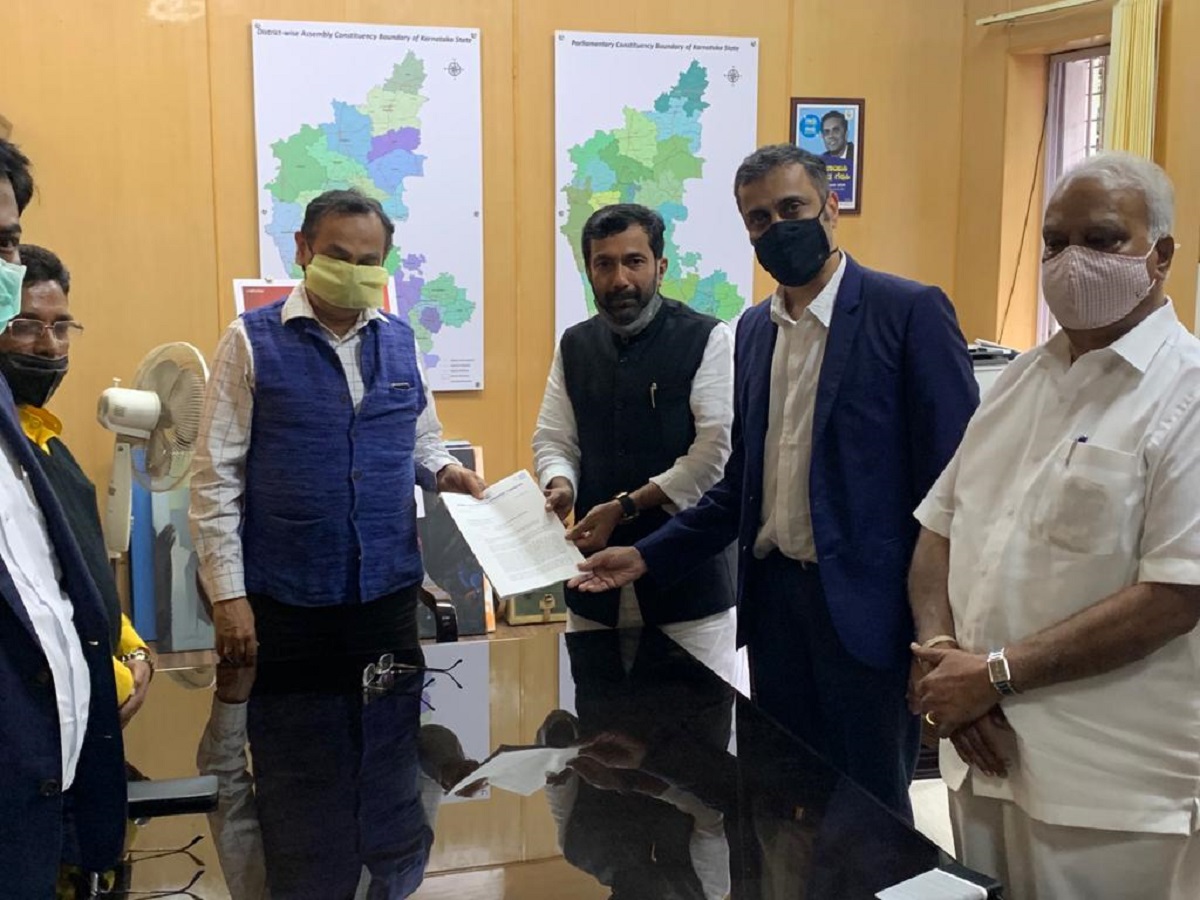 In the complaint, Congress alleged that Munirathna, standing for the RR Nagar bye-polls, and his team of workers influenced voters with money and gifts.

The Karnataka Congress on Tuesday lodged a complaint with the Chief Election Commissioner seeking action against BJP candidate Munirathna, who is contesting in the bye-election in the RR Nagar constituency in Bengaluru. The polls are set to be held on November 3.

In the complaint, Congress alleged that Munirathna and his team of workers had unduly influenced voters with money and valuable gifts. “The BJP candidate and its workers have been paying Rs 5,000 and more to every voter to ensure that they vote in favour of the BJP”, read the complaint. It highlighted payments made to residents in RR Nagar’s BK Nagar area, in the Lakshmidevinagar ward of Bengaluru.

The complaint also alleged that party workers had taken away the voter ID cards of certain persons suspected of not voting for the BJP. Allegedly, this was done so that these votes are not cast in the upcoming bye-elections.

Munirathna joined the BJP in 2019, after leaving the Congress along with other party leaders. They pledged their support to BS Yediyurappa, who went on to become the Chief Minister of the state.

Munirathna was twice-elected on the Congress ticket from the RR Nagar constituency – once in 2013, and again in 2018. He then joined the BJP in 2019, after leaving the Congress along with other party leaders. They pledged their support to BS Yediyurappa, who went on to become the Chief Minister of the state.

In May 2018, the Assembly polls in this constituency were challenged in the Karnataka High Court by BJP leader Muniraju Gowda, who alleged that there was electoral malpractice. Voting in RR Nagar took place more than two weeks after voting in the rest of the state at that time. This was due to a large-scale seizure of voter ID cards ahead of the polling, from an apartment in the constituency. Munirathna, who was the Congress candidate, was named as an accused in the police investigation. The BJP had, at the time, led the protests against Munirathna with top party leaders, asking the city police to investigate the hoard of voter ID cards found in the apartment.

Because the matter was still in court, the RR Nagar bye-election could not be held in December 2019 along with those held in the other parts of the state. Munirathna was cleared by the High Court in February and more recently by the Supreme Court to contest in the bye-election. Following this, he was picked over Muniraju Gowda as the BJP candidate. Congress has fielded H Kusuma, wife of late IAS officer DK Ravi, as its candidate in the polls.