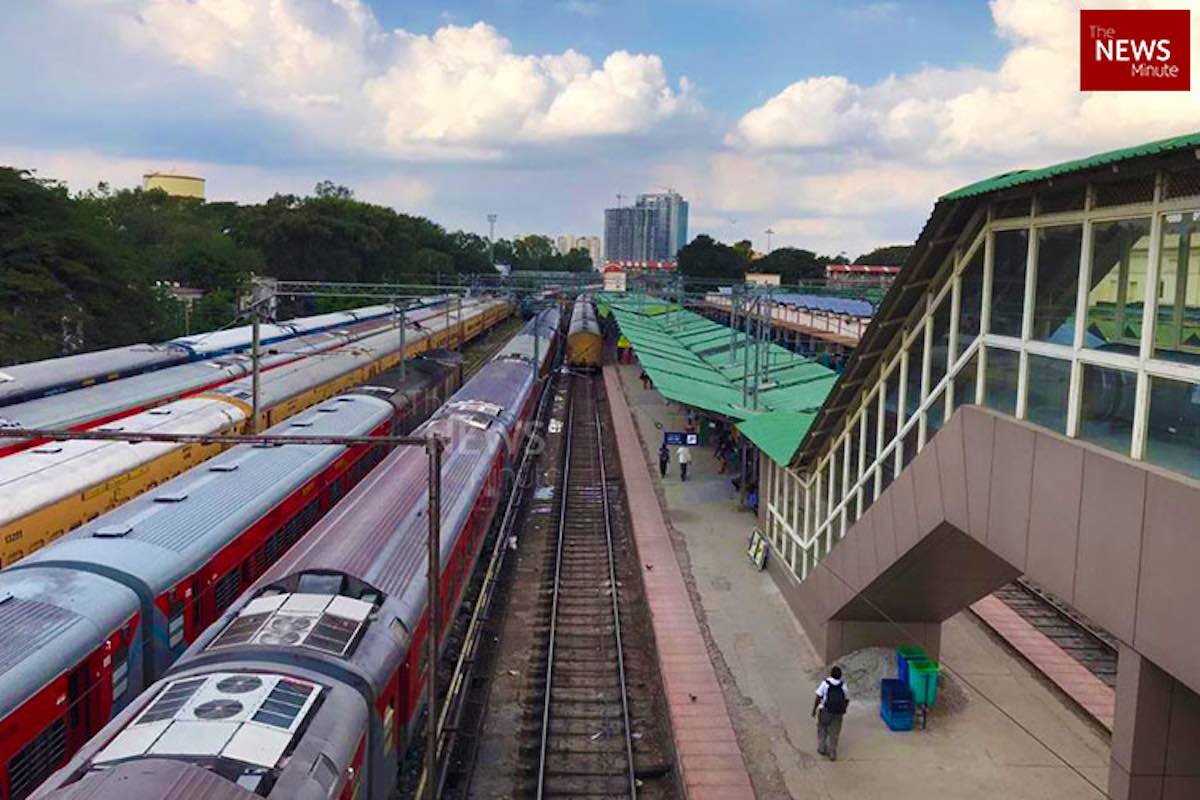 This is a temporary measure to avoid overcrowding at railway stations during the festive season, the South Western Railway said.

As an increased number of people are expected to travel by trains amid the festive season, the South Western Railway on Thursday increased the price of platform tickets at select stations in Karnataka, saying that the move will prevent crowding on railway platforms. The ticket price has been temporarily raised from Rs 10 to Rs 50.

In a press release, the South Western Railway said that with a view to restrict entry of non-travellers at Railway Stations due to the extraordinary circumstances created by COVID-19 pandemic, platform tickets will be issued at the enhanced rates of Rs 50 at Krishnarajapuram, Bangarpet, Tumakuru, Hosur, Dharmapuri, Kengeri, Mandya, Hindupur, Penukonda, Yelahanka, Banasaadi, Carmelaram and Whitefield railway stations from October 21 to November 11.

The platform ticket rates had earlier been hiked at the three main railway stations in Bengaluru, and now has been extended to more stations in the state.

The Railways had recently announced that more special trains will be operated from Bengaluru and other cities in Karnataka to Chennai, Hyderabad, Howrah and other cities to enable passengers travel during the festival season.

“The trains will have 10 coaches, including 8 chair cars and 2 luggage-cum-brake-vans with generator in both directions,” said the official. All special trains will have reserved coaches. Hand sanitisation, thermal screening, social distancing, wearing masks and other health protocols will be mandatory for all passengers and railway staff.

The trains will have AC and sleeper coaches. A complete AC superfast express will also be run between Bengaluru and Chennai from October 23 daily except Tuesdays till further notice. The full AC train will have 16 coaches, including 2 executive chair car and 2 luggage-cum-brake vans. Here are details of the new trains: