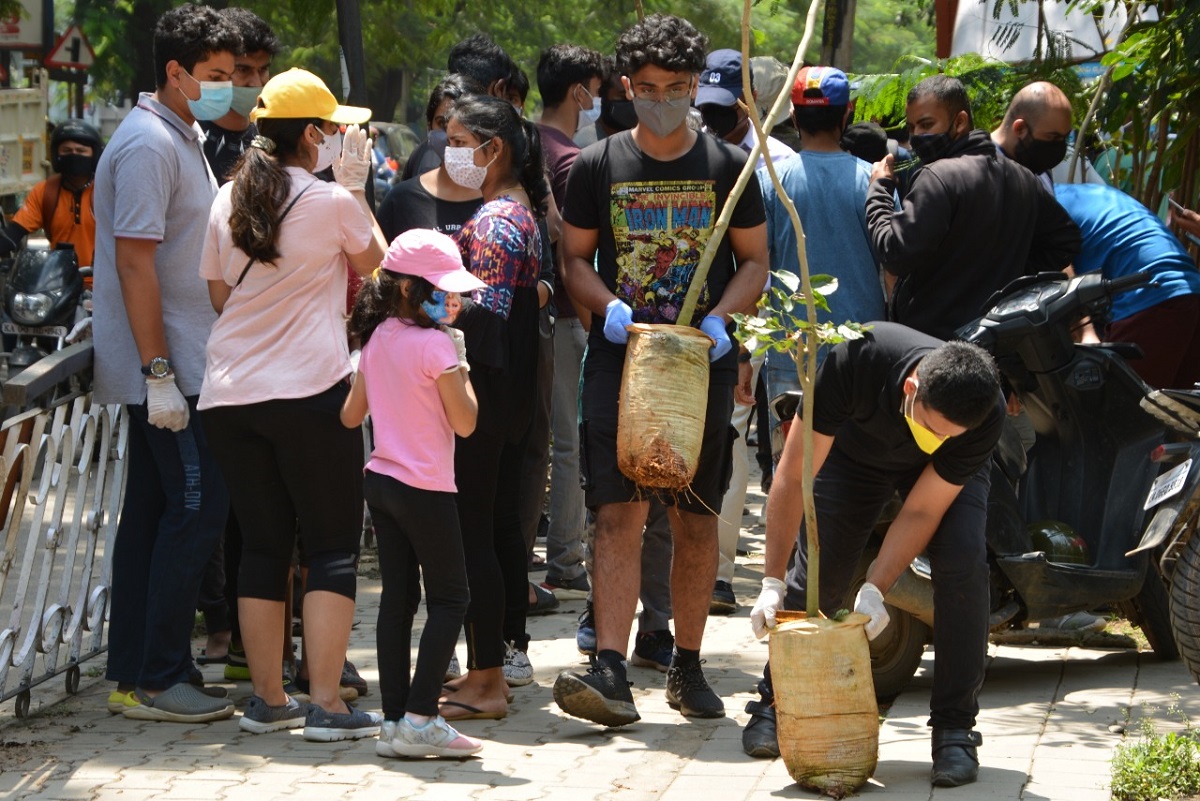 Members of I Change Indiranagar alleged that the FIR was an attempt to intimate them as they had got vehicles illegally parked on 100 ft road cleared.

A citizens group in Bengaluru’s Indiranagar, which undertook a tree plantation drive in collaboration with the Bruhat Bengaluru Mahanagara Palike (BBMP), has now been slapped with an FIR. The group alleges it is an attempt at intimidation from the traffic police.

On October 1, a day before Gandhi Jayanti, members of I Change Indiranagar led by resident Sneha Nandihal went along with the BBMP contractor to identify places where trees had fallen or had been destroyed along 100ft Road, to dig up pits for the plantation drive scheduled for October 2. The citizen activists, who had been repeatedly complaining about illegal parking on the footpaths along 100ft Road, called the Indiranagar Traffic Police and asked  them to clear the vehicles parked in front of the commercial establishments. According to Sneha Nandihal, the traffic police asked her to call ACP Traffic (Indiranagar) to get the vehicles removed. Sneha called ACP Kavitha, who allegedly informed her that only 3ft of the footpath was meant for pedestrians and the rest was allotted for parking.

As per the norms, commercial establishments must have basements for parking and vehicles cannot be allowed to park on the footpaths. With no response from the ACP, Snehal called the Joint Commissioner for Traffic, Ravikante Gowda. Sneha alleges that after she contacted the Joint Commissioner of Traffic, ACP Kavitha was allegedly reprimanded by her higher-ups for not clearing the vehicles that were illegally parked. On the evening of October 1, the vehicles were cleared from the footpath. Three days later, Sneha says that a false case had been registered against her at the Indiranagar Police Station for destroying footpaths. She alleges that ACP Kavitha put pressure on BBMP officials to file a complaint against her in a bid to intimidate her.

On October 2, ACP Kavitha called the Assistant Executive Engineer of Domlur, Lakshmanappa. A recording of the call is available with TNM. In the recording, the man purported to be Lakshmanappa is heard saying that ACP Kavitha personally called him and asked him to file a complaint against “Snehal Nadhihal and friends” for digging up pits along 100ft road and endangering the public.

“There was too much pressure on me to file the complaint. ACP Kavitha said that if I did not file the complaint in one hour against them (Sneha and other members of I Change Indiranagar) then the Commissioner (Bengaluru Police Commissioner) will take action against me,” Laksmanappa purportedly can be heard saying.

On October 7, after members of I Change Indiranagar met with Bengaluru Police Commissioner Kamal Pant, AEE Lakshmanappa submitted a letter to the Indiranagar Police, stating that he was under immense pressure from ACP Kavitha and Indiranagar Traffic Police Inspector Ramesh to file the complaint earlier.

“Commissioner Kamal Pant had told us that he would direct the DCP to look into the issue. I have contacted the DCP and it has been two weeks. The FIR is still there. We conducted the drive in collaboration with the BBMP. How can they do this to a resident? This is clearly done to intimidate us,” Snehal Nadihal added.

Indiranagar Police told TNM that the process of withdrawing the FIR has been initiated. “Since FIR is registered, we have to obtain permission from the magistrate to withdraw it. We will do it soon,” the police officer said.