‘Yatnal a nobody, time for high command to support CM’: Yediyurappa camp 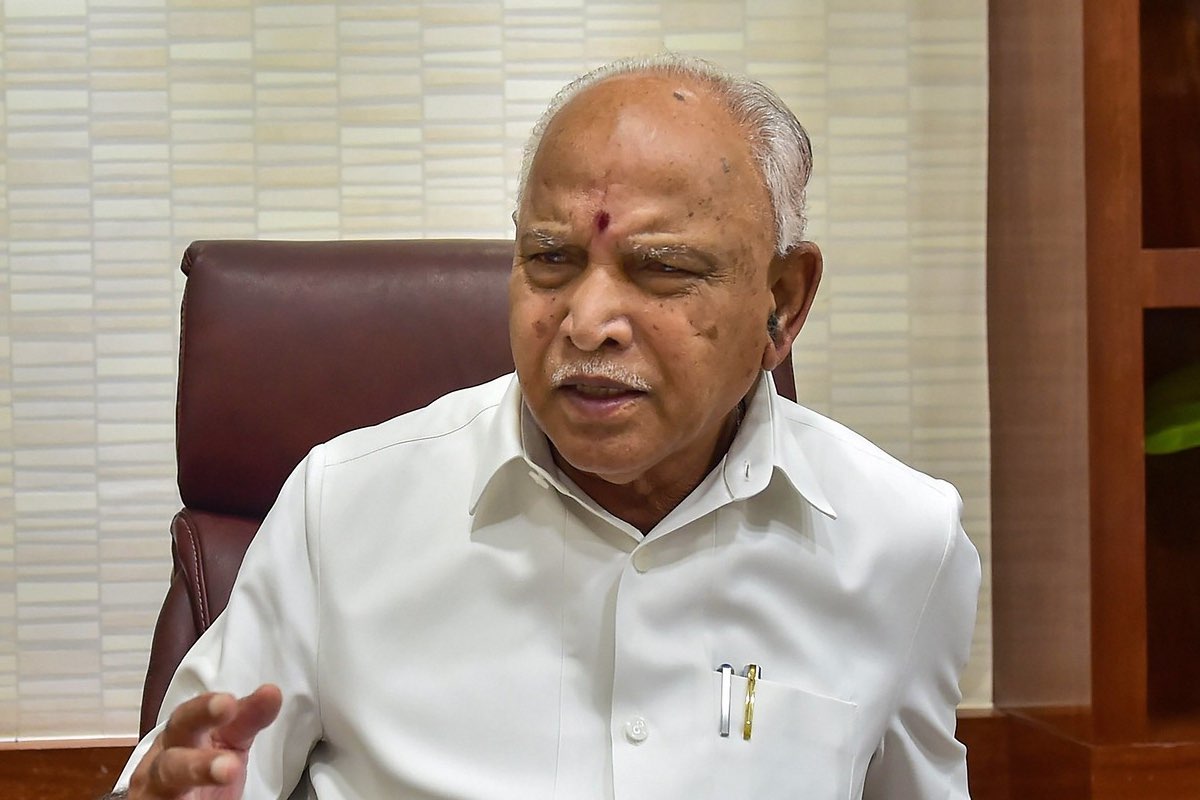 Support for Yediyurappa has come not just from party colleagues but many seers too have reportedly called him to express their solidarity.

BS Yediyurappa is no stranger to infighting within his party. His term as Karnataka Chief Minister between 2008 and 2011 was marred by constant bickering that ended with him being forced to step down. In his latest stint too, discord seems to be close on the heels. The latest example is an outburst by BJP MLA Basanagouda Yatnal saying Yediyurappa will not be CM for long and that the party high command is looking to replace Yediyurappa.

But sources close to Yediyurappa say that while support has come in from several state party leaders, with a byelection in the offing, the onus is on the party high command to issue a statement denying the allegations made by Yatnal.

So far, BJP state president Nalin Kumar Kateel, BJP National General secretary CT Ravi, Home Minister Basavaraj Bommai, Revenue Minister R Ashoka, CM’s Political Secretary Renukacharya and BJP MLA Preetham Gowda are some of the leaders who have spoken to the Karnataka CM and expressed their discontentment at Yatnal’s claims. But the entire state unit, including Yediyurappa, are waiting for the high command to see what message they choose to send.

Support for Yediyurappa has come not just from party colleagues but many seers too have reportedly called the Lingayat strongman to express their solidarity with him and reiterated that they will convey the same to BJP senior leaders. At this juncture, despite his age, the BJP high command is not rushing to replace Yediyurappa, sources in Delhi told TNM.

A disgruntled faction further affronted for not being accommodated in the cabinet by Yediyurappa, led by leaders from north Karnataka like Umesh Katti and Murugesh Nirani have been articulate against the CM. But sources in CM’s camp say that Yatnal is a ‘nobody’s man’ and a rebel without a cause who has made several controversial remarks in the past. They also add that it was Yediyurappa who pushed for Yatnal to be brought back to BJP in 2018 despite opposition from leaders like Jagadish Shettar and Prahalad Joshi.

While the name of Jagadish Shettar has been making rounds as a possible replacement for Yediyurappa, given that he has experience behind him and is a Lingayat himself, sources close to the BJP high command say that Shettar is not being considered for two reasons. Firstly, because when he was made the CM at Yediyurappa’s insistence in 2012, he failed to assert himself as an administrator or even consolidate his position in the party thereafter. Secondly, despite having played important roles in the government, he has not emerged as a tall leader amongst Lingayats. With these reasons in mind, he was also not made a Deputy Chief Minister in 2019.

Karnataka is facing byelections on November 3 for two seats-RR Nagar and Sira. While the results will not have a bearing on the future or stability of the state government, the Sira seat will have significance in testing whether the party can make further inroads into the Old Mysuru Region where BJP has been historically weak. In light of this, sources say Yatnal’s statement ‘corners and exposes’ the BJP high command more than it does Yediyurappa