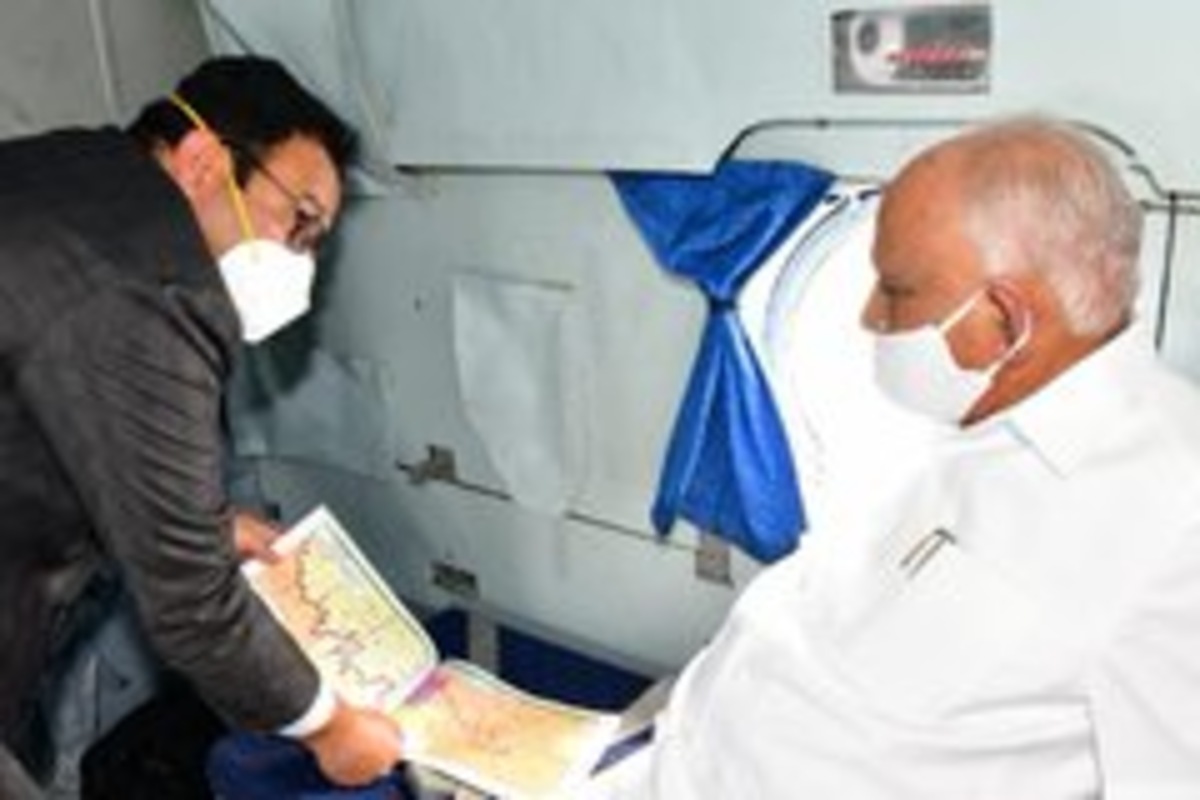 The state government had released Rs 86 crore last week for rescue and relief operations in about 12 districts.

The state government released Rs 86 crore last week for rescue and relief operations in about dozen districts, which were battered by heavy rains and flash floods, resulting in huge loss of houses, crops and infrastructure.

“As Prime Minister Narendra Modi has assured the state of all help, including financial aid to rehabilitate the affected people, more funds will soon be released to compensate them for losses they suffered,” the official asserted.

Besides torrential rain, flash floods were caused due to discharge of excess water from the dams in neighbouring Maharashtra into Krishna and Bheema rivers in the state.

“The excess water turned the rivers into spate and inundated villages and towns in Kalaburagi, Yadgir, Raichur, Bagalkot and Vijayapura districts. Normal life was disrupted as roads and bridges were submerged and power lines were snapped due to strong surface winds,” the official said.

“A central team will soon visit the affected districts and assess the damage caused to crops, houses and public infrastructure to prepare a report and for releasing financial aid from the national disaster relief fund,” said the official.

Incessant rains and flooding have damaged the red gram (tur dal) crops in hundreds of hectares in Kalaburagi, Bidar and Yadgir districts before they could be harvested in October and November.

According to the state’s red gram growers’ association, the loss from the damaged pulses crop is estimated to be about Rs 500 crore for kharif season.

The state agriculture department is surveying the rain-affected crop areas to assess the damage for compensation and insurance claims.

As the southwest monsoon was timely and excess in the region, sowing was undertaken in 7.6-lakh hectares of agricultural lands for growing cash crops such as a variety of pulses, cotton, jowar, bajra, maize, sunflower, sugarcane and groundnuts since July.

“Excess rains and flash floods have damaged about 50 per cent of the standing crops in the affected districts, resulting in heavy loss to farmers,” added the official.

About 37,600 farmers have insured their crops this year, while the area insured is over 51,500 hectares in the northern districts.