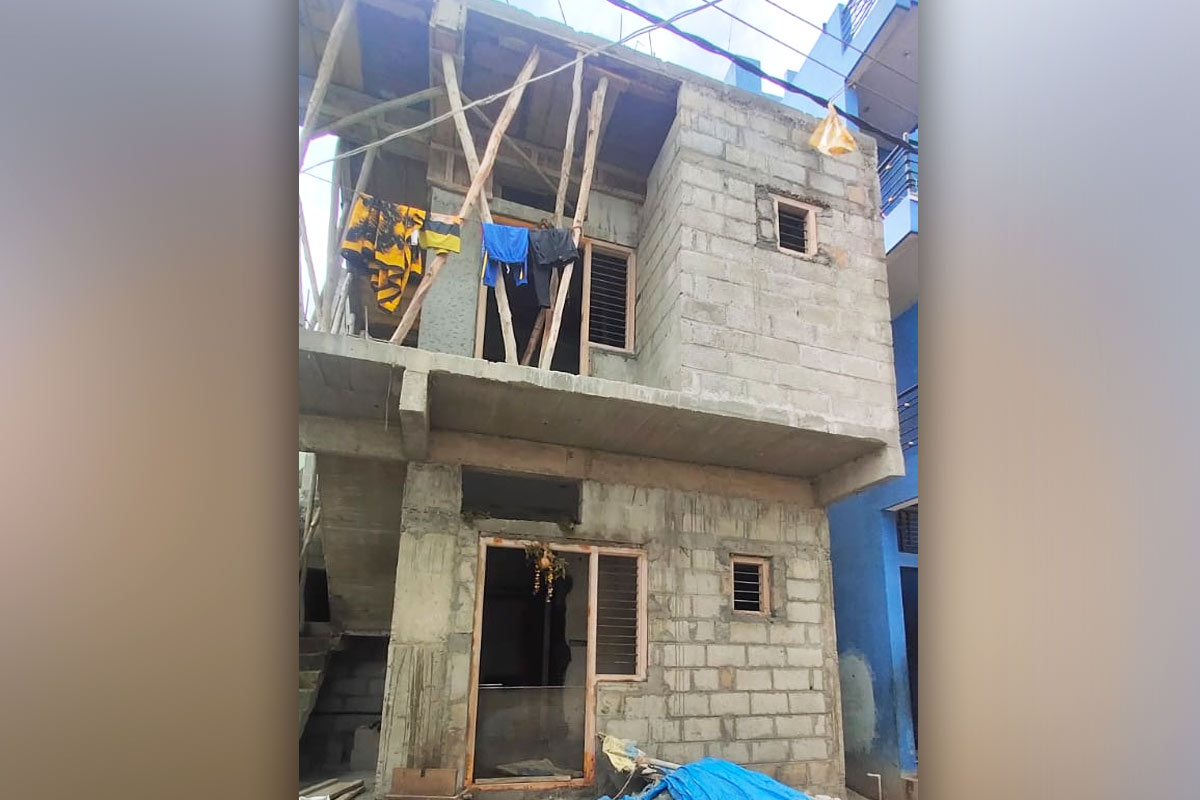 Under the housing scheme for the SC/ST and OBC communities, BBMP has to sanction Rs 5 lakh each for beneficiaries.

Mani, a 28-year-old painter and daily-wage worker in Bengaluru has been running from pillar to post to get the money he was promised under the housing scheme launched by the Bruhat Bengaluru Mahanagara Palike for the SC, ST and OBC communities. In 2017, Mani applied for the Single House Scheme launched by the civic body, where grants upto Rs 5 lakh each are given to members of the SC, ST and OBC communities, who are BPL (below poverty line) card holders, to construct homes. The money is given to beneficiaries in three phases – a portion of money is given after the foundation is laid, the second portion is granted after the structure is constructed and funds are released in the final phase after the moulding work is completed.

In September 2017, the BBMP issued a work order for Rs 4 lakh after his application was accepted. Mani, who did not have money to begin constructing the home, in 2017, got a loan in 2018 and began constructing his home in the slum located in Jayanagar. “My brother and I lived in hutments and once we got the money, we wanted to construct a house in land allotted to us in 4T block,” Mani said.

Mani borrowed Rs 3 lakh and at every stage of construction, he applied for funds from the BBMP but has not received a single rupee. He is now in debt and the money lenders are threatening to take away his home if he does not repay the loans. “We took the loan on the guarantee that BBMP would give us money. So far only moulding is done. I didn’t take extra loans to finish the construction as BBMP has not given any money yet,” Mani added.

Similarly, Sumitra, a social worker with Tilak Nagar Association for Peoples Development, is also a BPL card holder and a member of the SC community. “My husband left us so I have to take care of my children. I wanted to ensure they stay in a good house,” Sumitra said. She procured a loan in 2018 from a private bank and the construction of her home is complete. However, she has been struggling to pay the EMI and has been visiting the BBMP South zone office almost everyday, hoping to get the money she was promised.

“No one responds to us. Last week they told me that there is no money and hence they are not able to release the funds. I have spent Rs 5 lakh in constructing this house. Now we are  under threat of losing the house as BBMP has not given us money. Should we be out on the streets?” Sumitra questioned.

The Onti Mane Scheme or the Single House Scheme was launched in 2017 by the then government led by Siddaramaiah ahead of the Karnataka Assembly Elections. The state government had sanctioned Rs 700 crore under the social welfare fund to the BBMP, which was lying unutilised. This fund was to be used to make payments for beneficiaries.

Speaking to TNM, BBMP Deputy Controller of Finance Ashok Kumar said that in 2017, there were 2,970 beneficiaries and every year work order is approved for 15 beneficiaries from each of the 198 wards. “In 2017, we have disbursed some of the money. But until now, about Rs 20 crore is yet to be disbursed to beneficiaries across the city,” he said.

In the South zone, where Sumitra and Mani had applied for the scheme, outstanding bills for the scheme amount to Rs 4.5 crore. BBMP officials said that they have been issued orders to disburse funds only for COVID-19-related activities and nothing else.

“With COVID-19, most of the funds have been utilised for health related activities. Two days ago, the garbage contractors threatened to strike. So we have been given orders to clear those payments. We have to get orders from headquarters to release funds, which they have clearly told us not to,” an officer in the South Zone office told TNM.

BBMP officials said that a majority of funds allocated for welfare schemes in the BBMP have not been released to beneficiaries yet. “There are payments in other schemes amounting to Rs 400 crore, which have not been released. Ideally, funds sanctioned for this cannot be diverted but we don’t have clarity on whether this has happened or not,” a senior official said.

Deputy Controller of Finance Ashok Kumar said that BBMP officials are currently busy with election work as bye-polls are to be held in RR Nagar on November 3. “After the elections, we will release the money,” he added.