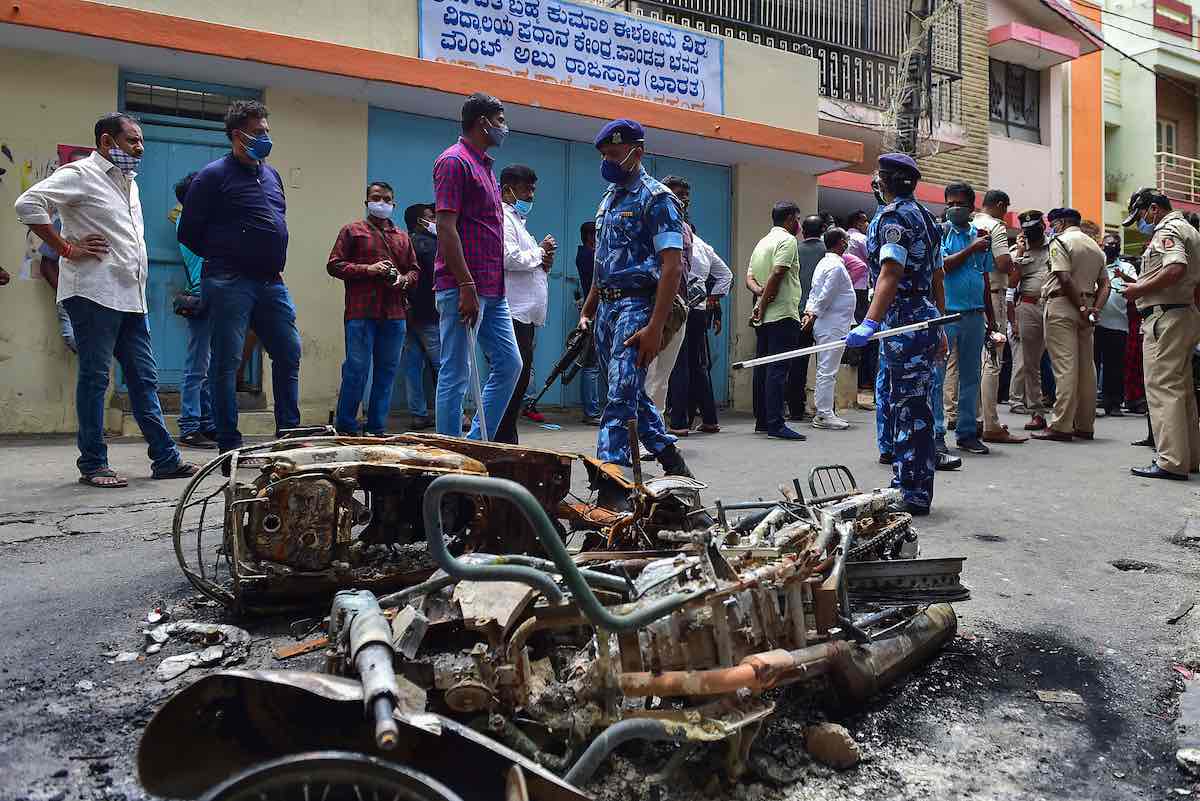 While the court granted him bail on October 14, P Naveen will be released after posting bond worth Rs 2 lakh. His bail order prescribes the standard conditions including not leaving Bengaluru, appearing at the jurisdictional police station on the 1st of every month, not tampering with evidence and also not posing similar comments on social media.

The prosecution had opposed Naveen bail, arguing that his comments on Facebook had incited violence in Bengaluru, where two police stations and the MLAs residence were set on fire by the mob. In addition 57 police vehicles were burnt and there was damage to public property.  “There is prima facie material as against the accused for having been involved in a serious offense, which may affect the peace and tranquility of the society as a whole, if he is released on bail,” the prosecution had argued. The prosecution had also argued that there is a “threat” to Naveen’s safety, if he is released on bail and that he was a “habitual offender” as there were seven prior criminal cases registered against Naveen.

Although the FIR against Naveen had sections 153A (promoting enmity between different groups on the bases of religion) and 295A (deliberate and malicious act to outrage religious sentiments) of the Indian Penal Code, no sanction had been taken from the court to prosecute him for these offenses. The prosecution, however, had applied for a sanction, which has not yet been granted. Justice BA Patil, who granted Naveen’s bail, noted that although seven prior cases were registered against Naveen, he was acquitted of all charges.

Naveen’s counsel had also argued that he had “merely forwarded the post” and had later deleted it. He claimed he was innocent and a false complaint was filed against him, which was politically motivated. “Merely on the ground that there is threat to the life of petitioner if the bail application of the petitioner is rejected, it would indirectly affect the fundamental right of the petitioner, when the only allegation against the petitioner is that he has posted some derogatory remarks against Prophet Mohammed in his facebook account and subsequently, the same has been withdrawn,” the bail order reads.