Adrift at sea for two nights and still alive: Mangaluru family seeks boat of their own 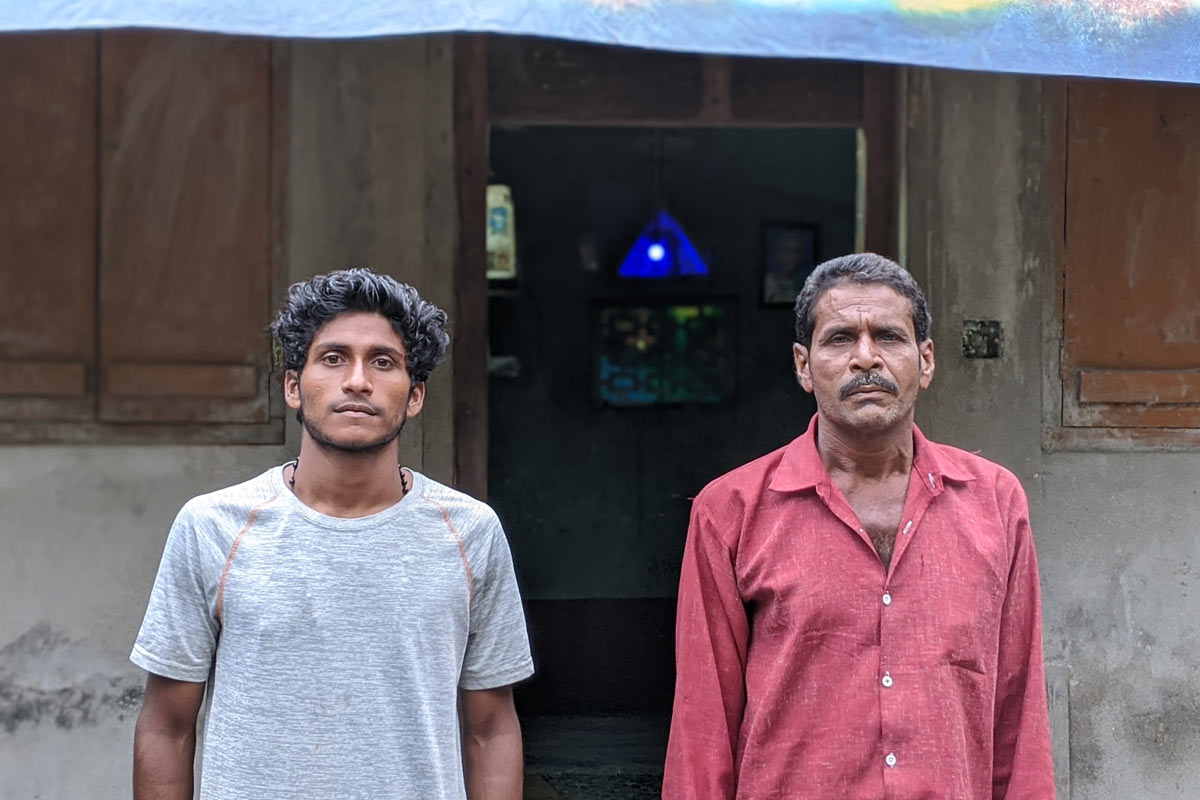 Arthur Sunil Coelho, a fisherman from Mangaluru, miraculously survived after being lost at sea for two nights. He is now looking to raise funds to buy a boat of his own.

On September 6, Arthur Coelho, a fisherman from Mangaluru, left for work at 4 am because he desperately needed income. He had not paid the electricity bill at his home for two months. A fishing vessel — Falcon — hired Arthur to work as a dinghy operator. Dinghy operators spread the nets on a dinghy that is tethered to the main ship, deep in the sea. They are tasked with ensuring that the nets stay in place throughout the day, a fairly routine process for someone like Arthur, who is 50-years old and has been a fisherman all his life.

But the day did not go according to plan for Arthur and the 28-member crew on board the ship. The first sign of worry was the steady rain which soaked Arthur and his crew mates. The other issue was a more immediate concern; the engine had developed a snag. To make matters worse, the onboard radio wasn’t working either. But since rain is fairly common in the monsoon and the engine could be fixed by the fishermen on-board, the crew members decided to continue fishing throughout the day.

Around 7 pm, a massive storm hit the Falcon with Arthur still working the nets in the dinghy, fifty meters away from the mothership. Three other fishermen who were with Arthur had returned to the mothership while Arthur had stayed on, telling his crewmates that he would not be able to disembark the vessel again to remove the nets, due to his old age.

This meant that Arthur was alone when the rope connecting his dinghy to the mothership came undone during the storm and the dinghy drifted further and further away from the lights on the ship even as he screamed for help.

“For the crew members, it was too risky to jump in and try to save my father because of the storm. The ship’s engine had stalled too, so a rope was thrown towards the dinghy, but by then, the dinghy was too far away and my father was out of sight,” says Sachin Jeevan Coelho, Arthur’s son.

Arthur has three children — Sachin, who is an electrician, Sunitha, who is settled in Bengaluru, and the youngest son Roshan, who works as a waiter in Mumbai. The family was struggling with financial issues after the lockdown enforced due to the COVID-19 outbreak this year. Sachin has been unable to find work since March and Rohan, too, is struggling in Mumbai.

Keeping his worries aside, Arthur got to work. He used a bucket to regularly drain his dinghy, which was getting inundated with water from the rain and the sea. He survived on rainwater collected in a plastic bottle but even though the mother vessel was repaired on the morning of September 7, it could not locate Arthur.

In all, two nights passed and no help was in sight as the dinghy drifted at the mercy of the wind and the waves. The next morning (September 8), Arthur had an idea. He hoisted one of the giant oars which were on the boat and used his torn white T-shirt to turn it into a flag.

Miraculously, another fishing vessel— Seagull — from Malpe in Udupi, spotted Arthur’s makeshift flag and brought him on board. He was given food and water before he was sent back to his home in Mangaluru from Malpe.

“I had given up hope of seeing him after we heard what happened and we saw how the storm and winds were like. With the dinghy, you never know if it will float either. It could have easily capsized but I think my father’s luck was good, so he has survived,” says Sachin, recalling how his father had an emotional reunion when he returned home.

But now, over a month after his return, Arthur is yet to go out fishing in the sea due to the recurring storms and his own fears over what might have happened. The electricity bill is yet to be paid and the financial struggle that prompted him to go fishing in the deep sea still exists.

But the father-and-son duo has a plan. They want to raise money to buy a boat of their own and become financially independent by fishing in the river near their home.

“If we can buy a boat, we do not have to go deep-sea fishing, which can be dangerous. Fishermen in the deep sea go fishing even when there are rains and heavy winds. Instead, we can sustain ourselves by fishing in the river near our home along with a few people from our village,” Sachin says.

The family lives in a tiny fishing hamlet — Ullal Hoige — in Mangaluru and say that a small fishing boat with a decent motor costing Rs 1.7 lakh will help them avoid the dangers of fishing in the sea.

“We can also give employment to people from our village and we can earn Rs 1,000 in a day if our luck is good,” Sachin adds.

A fundraiser campaign was started by Udupi-based journalist G Vishnu on Milaap seeking to raise the money needed for Arthur and his family.