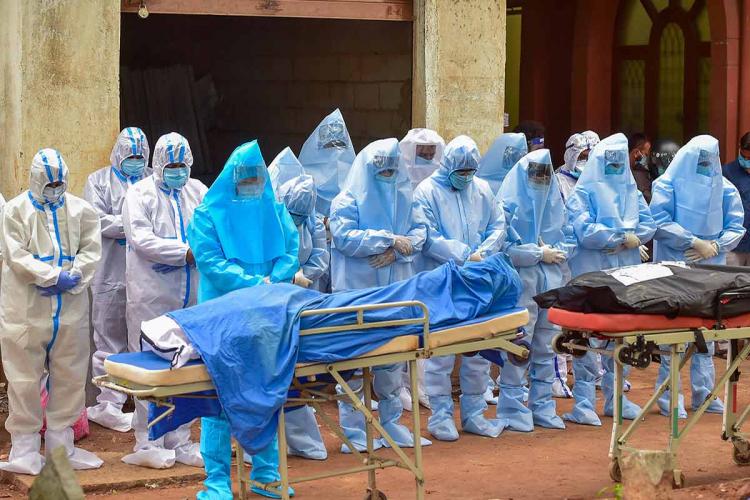 This is the first reported autopsy on a COVID-19 patient in India and it has many more curious findings.

The first autopsy conducted on a victim of coronavirus in Bengaluru, which is reportedly the first to be done in India, has revealed that the virus is active even after 18 hours of death. Reports said the clinical autopsy was done after a 62-year-old patient in Bengaluru died after two weeks of treatment.

Reports quoted forensic expert Dinesh Rao, who heads the Department of Forensic Medicine in Oxford Medical College and Research Institute, as saying that the virus samples were taken from the deceased’s nose, throat and mouth, lung surface, respiratory passages, face and neck. RT-PCR test which is the gold standard for COVID-19 testing, showed that the nose and throat samples tested positive for the novel coronavirus.

Dr Rao said he took up the autopsy to understand how the disease affects the human body and to evaluate if there was a need to update the treatment protocol of patients. He said for the 62-year-old patient, his lungs were majorly affected by bacterial infections.

With the effect of the virus, Dr Rao said the patient’s lungs had turned leathery and significantly gained in weight. While lungs would normally weigh around 700 grams, for the victim it weighed more than 2.1 kg and turned like a leather ball which otherwise should be like a rubber balloon. Dr Rao added the deceased’s lungs had blood clots and air sacs were damaged, and this meant that the patient needed thrombolytic therapy before being put on a ventilator.

The Hindu quoted Dr Rao as saying that there was need for greater research to understand how the disease affects the human body and accordingly treatment protocols should be modified rather than following WHO guidelines alone. He further added that he did not get much cooperation from others for this autopsy process and there were other tests that he wanted to conduct to understand the effect of the disease better.

Speaking with The Times of India, Dr Rao said his findings were unique compared to the findings of autopsies done on COVID-19 patients in the US and Italy suggesting that the strains of the virus are different. He said that the lungs turning inconsistent and leathery was contrary to the usual effects of acute respiratory distress.

The autopsy was done with the family’s consent and all of his kin were in home isolation at that time. Dr Rao said that he wants to publish his findings in a peer-reviewed medical journal.