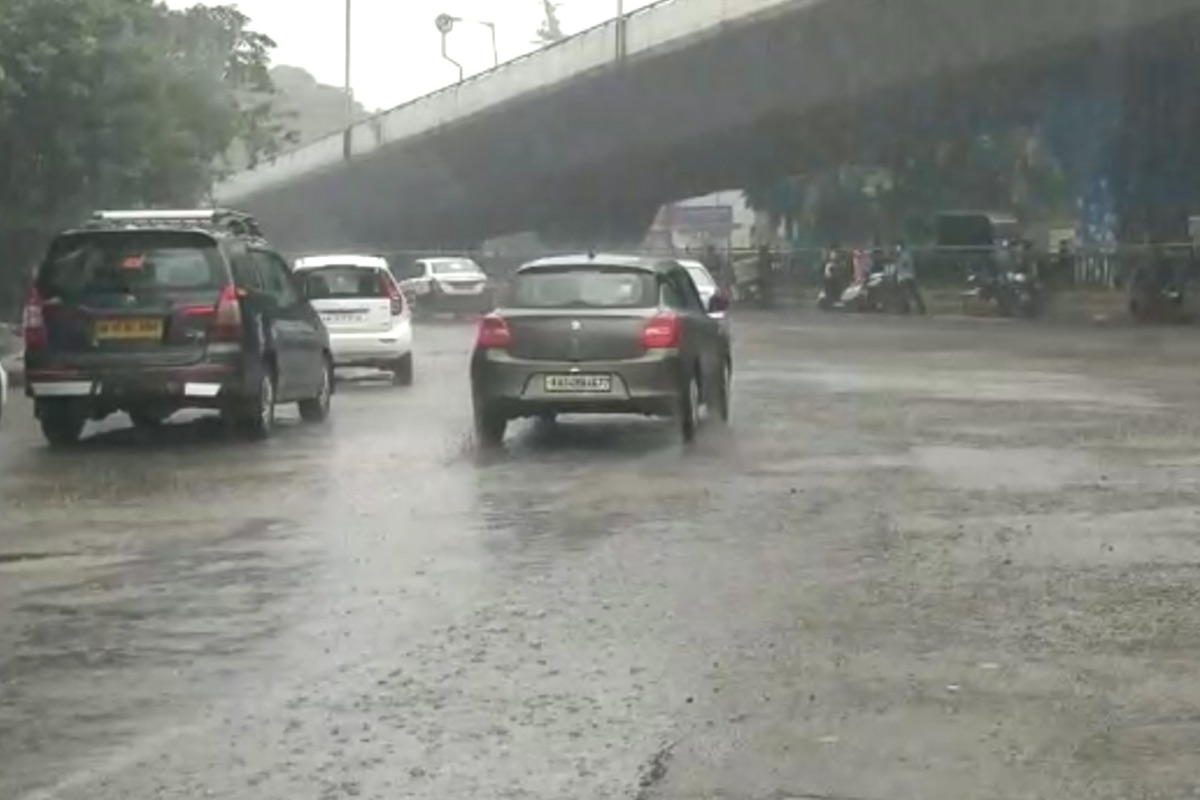 Visuals showed bikes being swept away and inundation of a few roads particularly in southern Bengaluru and in Rajarajeshwari Nagar.

Heavy rainfall lashed parts of Bengaluru on Friday disrupting traffic and causing water-logging in commercial and residential areas. Visuals showed bikes being swept away and inundation of a few roads particularly in southern Bengaluru and in Rajarajeshwari Nagar.

According to the Karnataka State Natural Disaster Monitoring Centre (KSNDMC), over 50 mm rainfall was measured in several areas in southern Bengaluru including Lakkasandra (54 mm) Pattabhiramangara (50.5 mm), Koramangala (42 mm), VV Puram (71 mm), Vidyapeeta (94.5 mm) Basavanagudi (80 mm). Inundation was reported in Basavanagudi, Jayanagar and Koramangala after the spell of rain in the evening. Elsewhere, heavy rainfall was also reported in Rajarajeshwarinagar (101 mm) and Konanakunte (82.5 mm).

Visuals from Hosakerehalli and Lalbagh Gate also showed heavy water-logging and even caused few vehicles to float. Both the KSNDMC and the Indian Meteorological Department (IMD) forecast rains in Bengaluru this weekend. “We expect the rains to continue tomorrow and over the weekend especially in the evenings,” Sunil Gavaskar, a meteorologist with KSNDMC said.

Earlier it was forecast that rainfall will continue in the areas under the Bruhat Bengaluru Mahanagara Palike (BBMP), Bengaluru’s civic body, until Monday. The IMD earlier stated that the rainfall activity was due to a depression over northwest Bay of Bengal off the Odisha coast which was moving north-east with a speed of 24 km/h. The Met Department also stated that the southwest monsoon was active in coastal and south interior Karnataka.

The rainfall in Bengaluru comes at the end of a week marked by recurring rainfall especially in the coastal districts of Udupi, Dakshina Kannada and Uttara Kannada in the state. At the same time, four districts in northern Karnataka were left reeling under floods and flood-like condition after a heavy spell of rainfall lashed the state.