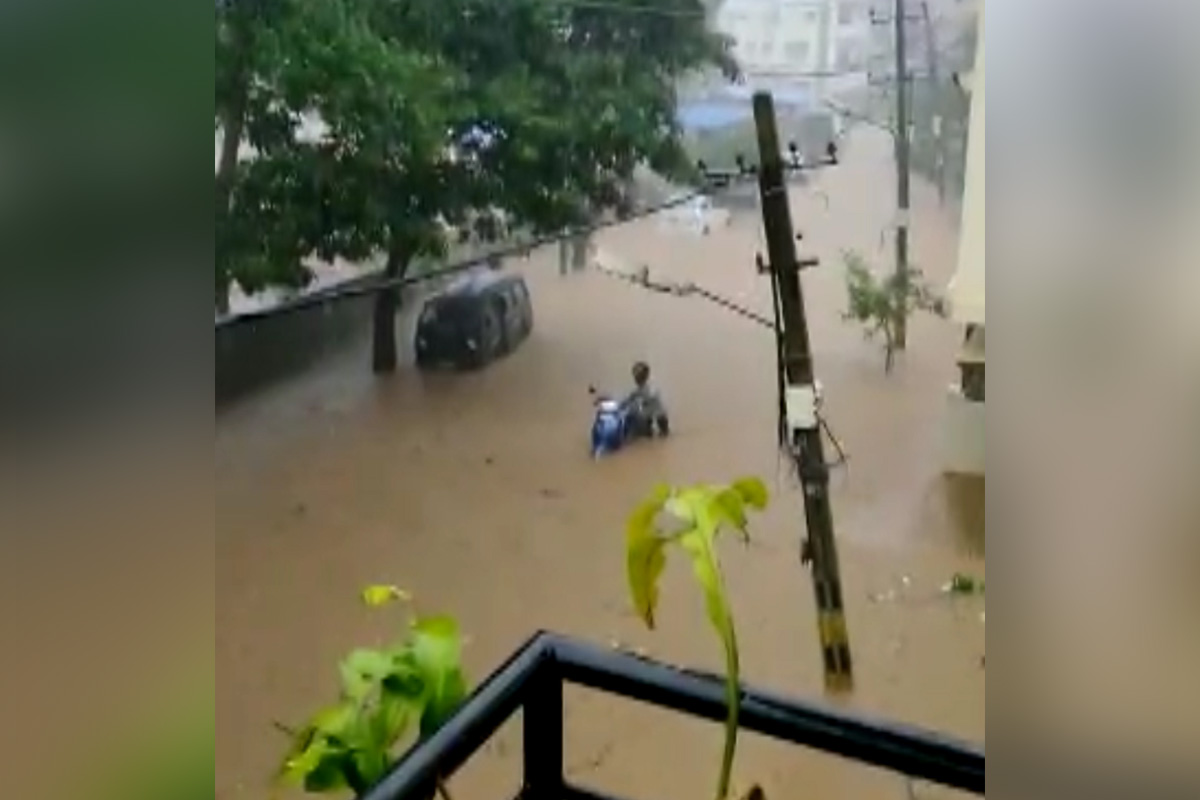 With many places receiving 100 mm rainfall in just three hours starting from 4.30 pm, houses were flooded and even vehicles washed away.

On Wednesday, as heavy rains lashed parts of Bengaluru, a portion of the Storm Water Drain (SWD) wall in Gurudatta Layout near Hosakerehalli collapsed. And just as the BBMP and BWSSB were engaged in repair works, more heavy rain came on Friday evening, leading areas near the Hoskerehalli lake to flood almost immediately.

With many places receiving 100 mm rainfall in just three hours starting from 4.30 pm, houses were flooded and even vehicles washed away. Areas like Dattatreya layout, Gurudatta Layout and other areas near Bheemanakatte and Hosakerehalli lakes witnessed water levels rising rapidly.

In a Facebook live, Ram Kashyap, the CTO of Terrace Garden showed how they became stranded as water levels rose. In the video, one could see vehicles floating and high water levels.

The BBMP called in a unit of the NDRF to rescue people who had been stranded in these areas. With Bengaluru expected to get more rains on Saturday, draining the water has become a priority for the BBMP.