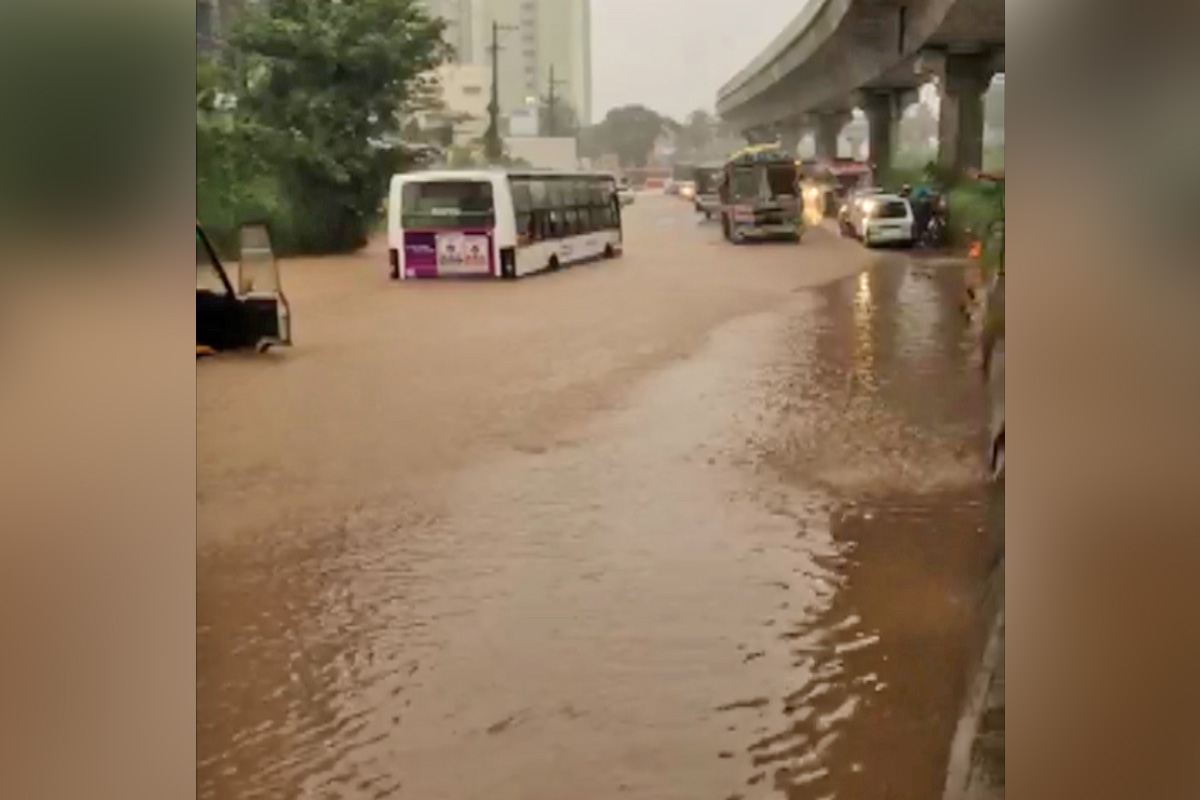 The direction comes a day after several parts of city, especially south Bengaluru region had faced the brunt of heavy rains.

Karnataka Chief Minister B S Yediyurappa on Saturday instructed the city civic body to stay alert as the Met department predicted heavy rains for two more days. The direction comes a day after several parts of city, especially south Bengaluru region had faced the brunt of heavy rains as storm water drains overflowed, roads turned into rivulets and many houses were inundated.

“Chief Minister had called the Bruhat Bengaluru Mahanagara Palike (BBMP-city civic body) commissioner Manjunath Prasad and directed him to visit the areas that saw flooding. He also asked the commissioner to maintain alertness with the Met department predicting heavy rains today and tomorrow also,” the CMO said in a statement.

Yediyurappa, who is also in-charge of Bengaluru related affairs, has convened a meeting with BBMP officials later in the day to assess the situation and measures being taken by the civic body.

Due to rains on Friday evening, while there was waterlogging in many parts of the city, areas such as Hosakerehalli, Nayandahalli, Basavanagudi, Bommanahalli, Rajarajeshwari Nagar and surrounding places were affected as several roads and houses in these areas were submerged under water.

Gurudatta Layout and Dattatreya Nagar, near Hosakerehalli, some areas near Rajarajeshwari Nagar were the worst affected as many houses in the locality were flooded. Gushing waters even swept away some vehicles in the locality.

According to officials, several wards recorded more than 100 mm rainfall on Friday. With no rains this morning and water receding in the flooded areas, civic workers are carrying out the cleaning activities.

Revenue Minister R Ashoka, who visited the affected areas, said he will be speaking to the Chief Minister regarding providing relief to those affected, and officials have been directed to carry out the survey work. Ashoka, who is also MLA from the city said, “Last night itself NDRF team was called in, who rescued three people. Water and food arrangements have been made for those in need.”

As the work on a large stormwater drain related to Bengaluru South region is underway, it resulted in flooding, he added.