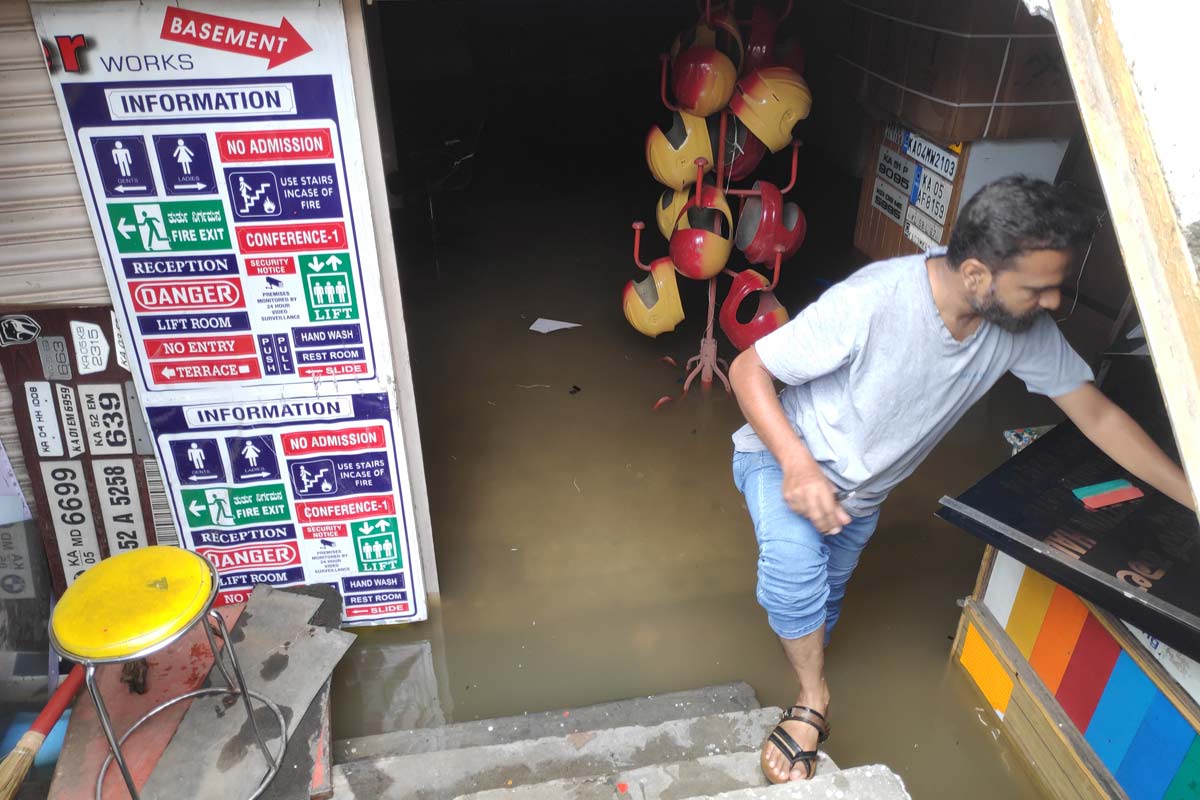 On Friday evening, Anwar noticed that water had entered the godown in his shop even though it had been raining only for a couple of hours. His shop —  Riding Gear —  selling plates and stickers, is located on the main road leading to Lalbagh in central Bengaluru. By 7 pm, Anwar had spent a frantic hour moving the important items in his godown to a nearby helmet shop located on higher ground.

“It has been years since we had water enter our godown like this,” Anwar says, standing in knee-deep water on Saturday morning.  “There is some work being done on the stormwater drain on this road. We don’t know why the water entered the shop so quickly yesterday but it should be addressed immediately,” says Anwar who has been living in the area since 1993.

Anwar’s shop was one of the several shops inundated in central and southern Bengaluru as heavy rains lashed the city on Friday, flooding over 650 houses and sweeping away vehicles in some areas.The spell of rain abated in the night and there was sunshine on Saturday morning, which meant that residents could pick up the pieces from the damage caused.

Commercial complex in Bengaluru pumping out water on Saturday

Near Lalbagh and in City Market, many automobile shops and other shops selling mattresses and tarpaulin were seen drying their wares outside the shops on Saturday morning. Pourakarmikas were seen clearing debris and cleaning the streets. “There was waterlogging in front of our shop after a stormwater drain overflowed here but it receded quickly, and we have been able to avoid any major hassle,” Manjunath, a provision store manager near City Market told TNM

Karnataka Chief Minister BS Yediyurappa, after a meeting convened to discuss the havoc wreaked by the rain, announced that a compensation of Rs 25,000 will be provided for every family affected by flooding. The Chief Minister also noted that encroachments in stormwater drains had exacerbated the flooding in the city. He announced that encroachments along stormwater drains in the city will be cleared mercilessly.

“I have asked BBMP (civic body) officials to work honestly so that not even a rupee is misused. According to me, there are about 650-700 houses that might have been affected,” Yediyurappa said. 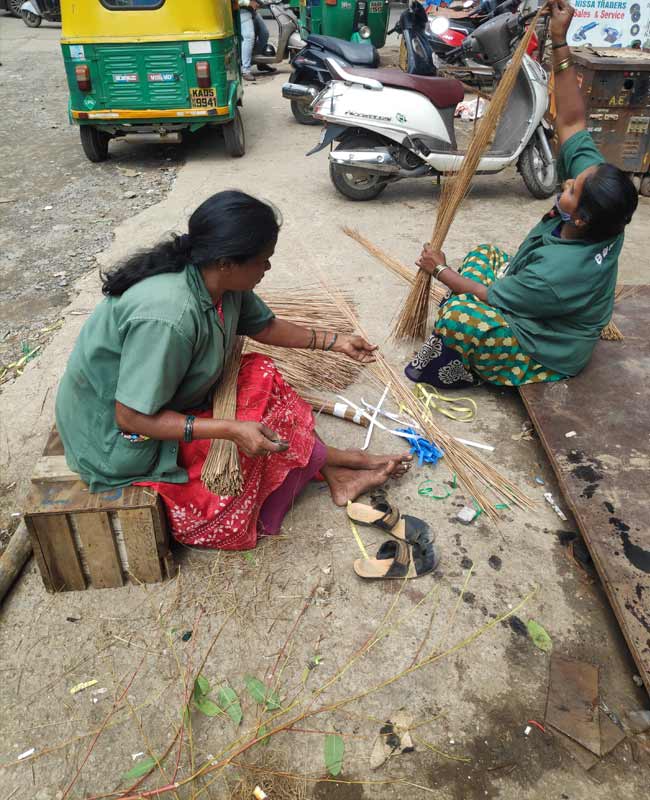 Pourakarmikas cleaned up debris after the rains in Bengaluru

“We will see to it that there are no encroachments from now on, and take measures so that such incidents don’t repeat. I’m assuring a permanent solution… all encroachments of stormwater drains will be cleared mercilessly, we will start the work in two to three days,” he added.

Revenue Minister R Ashoka said that there were some pending works to remove encroachments in stormwater drains in Bengaluru South and that this would be taken up immediately.

The damage was highest in Hosakerehalli, where areas near the Bheemanakatte Lake were flooded. Overflowing stormwater drains also caused several areas in and around Hosakerehalli in the Padmanabhanagar Assembly segment to flood. 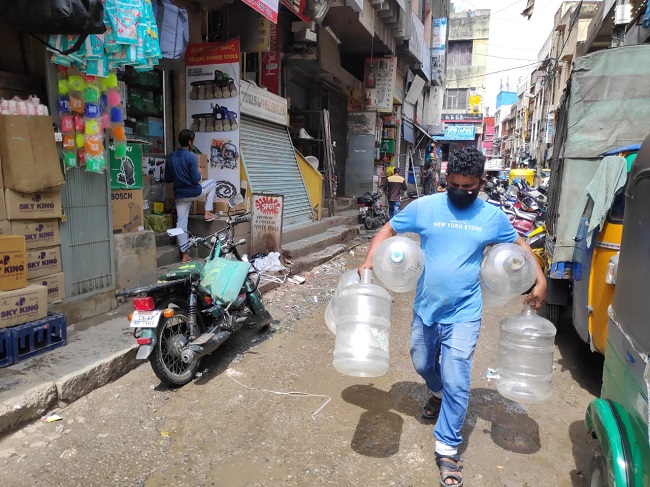 Elsewhere, flooding was also reported in Nayandahalli, Basavanagudi, Bommanahalli and Rajarajeshwari Nagar. Gurudatta Layout and Dattatreya Nagar, near Hosakerehalli, and some areas near Rajarajeshwari Nagar were the worst affected as many houses in the locality were flooded.

The Chief Minister’s office said that there were no casualties in the rainfall that occurred on Friday but with further rains predicted over the weekend, officials have doubled efforts to keep rescue personnel ready in the event of another heavy spell of rain.

While rain stayed away on Saturday, weather department officials predicted that there will be further rains in the evenings over the weekend. The Chief Minister asked Bengaluru’s civic body Bruhat Bengaluru Mahanagara Palike (BBMP) to be alert to the possibility of fresh rains.

Mudukuthore temple reconstruction to be completed in 2 years