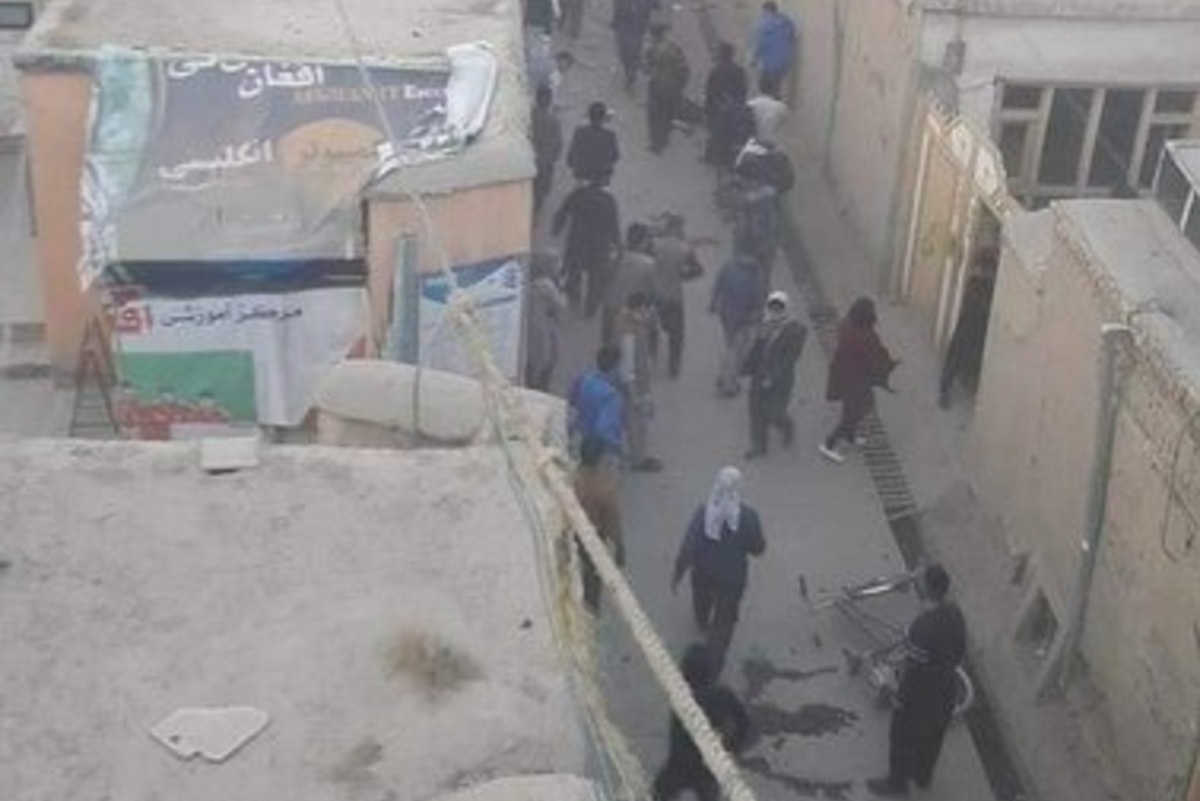 The Islamic State group said it was behind the attack in messages posted on its social media channels, but did not provide any evidence.

At least 18 people and dozens have been injured in a suicide bombing that took place at an education centre in a western neighbourhood of Afghanistan’s capital Kabul, the BBC reported citing the interior ministry. The bombing took place on Saturday around 4:30 p.m. (local time) outside Kowsar-e-Danish, a private education centre that offers courses for students in higher education. The security guards of the facility had identified the suicide bomber and intercepted him, after which he detonated his explosive vest, Kabul police spokesman Ferdaus Faramarz told reporters via a text message.

The death toll rose from 11 to 18, including the bomber. In the preliminary assessment, 20 were wounded in the explosion. The number of casualties may change,” he said. Many have been taken to hospital. There are fears the death toll may rise.

“We heard a huge blast outside an education centre in Pul-e-Khushk locality of Dashti Barchi area. The explosion triggered panic in the area in Police District 13 of Kabul,” eyewitness Mohammad Nabi told Xinhua.

The casualties were transported by ambulances and police vans to hospitals.

The Islamic State group said it was behind the attack in messages posted on its social media channels, but did not provide any evidence. Several educational and cultural centers, mosques and sports facilities have been attacked in the district in recent years, and most of the attacks have been claimed by the militants of the Islamic State (IS) group. Earlier, the Taliban denied involvement in the attack.

“A suicide bomber wanted to enter the education centre,” interior ministry spokesman Tariq Arian said in a statement, according to a leading media outlet. The spokesman added that the attacker was identified by security guards “after which he detonated his explosives in an alley”.

A local resident claimed he was standing about 100 metres from the centre when “a big blast” knocked him down.

Afghanistan has seen a rise in violence in recent weeks – with most of the attacks carried out by the Taliban. The violence threatens to imperil peace talks between government forces and the Taliban in the Qatari capital, Doha.

The building (where the bombing took place on Saturday) in the predominantly Shia Muslim Dasht-e-Barchi area usually hosts hundreds of students. The Shia community in Afghanistan has previously been targeted by Sunni Muslim extremists such as the Islamic State group, which views the Shia practise of Islam as heretical.