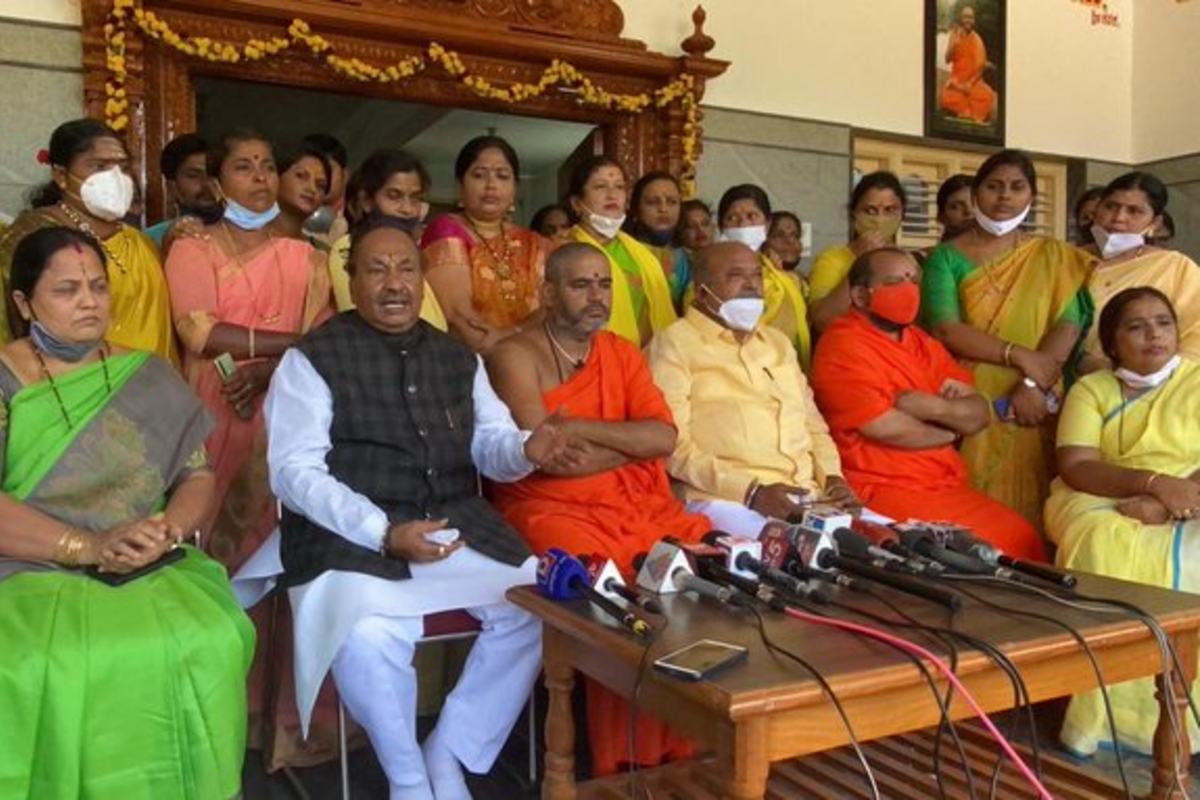 Karnataka’s third-biggest community Kuruba (shepherds) will organise a padayatra from Kaaginele in Haveri district to Bengaluru, with the demand to include their community in the list of Schedule Tribe castes. The march will be led under the joint leadership of Kuruba community seer Kaginele Niranjananadapuri Swamiji and Karnataka Rural Development and Panchayat Raj Minister KS Eshwarappa.

In a press conference on Saturday, Eshwarappa said that the padayatra of Kurubas will commence from Kaaginele to Bengaluru from January 5, 2021. “This is an apolitical movement. This is nothing to do with any party in power in Karnataka or elsewhere. This is the community’s work. Therefore, we all join hands with our community seer,” he said.

The seer, Niranjananadapuri Swamiji, stated that prior to organising the padayatra, the community will organise four massive conventions across the state. “The first convention will be the women’s convention and this will be organised on November 8 in Kaaginele at Haveri,” said the Minister.

He further added that the community will organise other conventions in Davangere, Kalaburagi, Mysuru and Bagalakote districts.

One of the biggest conventions will be held in Bengaluru palace on February 7, to demand that the community be included in the list of ST castes. It is expected to have the participation of 10 lakh people.

Notably, Kaginele Kanaka Guru Peetha is the main matha (monastery) of the Kuruba community and is the spiritual and cultural centre of this community. The Kurubas subscribe to the teachings of Kanakadasa, a renowned composer of Carnatic music, poet, philosopher, saint and a musician. He is known for his keertanas and ugabhoga, compositions in the Kannada language for Carnatic music. Like other Haridasas, he used simple Kannada language and native metrical forms for his compositions.