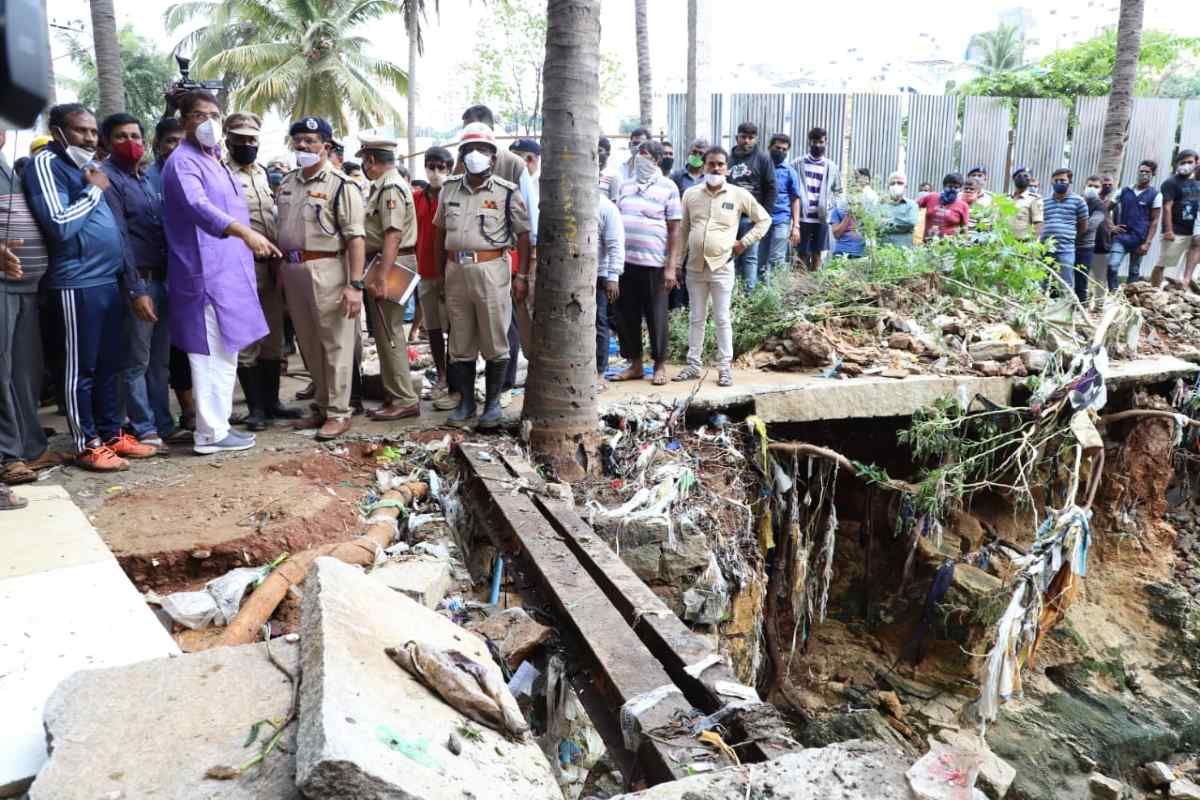 Bruhat Bengaluru Mahanagara Palike (BBMP) Commissioner N Manjunath Prasad on Saturday said that a new and stronger concrete retaining wall will be built along the stormwater drain in the Vrishabhavathi Valley, which flows through the city. This comes after the long spell of rain on Thursday flooded Gurudatta Layout and Dattatreya Nagar (Ward No 161) and resulted in large-scale destruction of property in south Bengaluru. Three persons, who were being washed away downstream, had to be rescued by the National Disaster Response Force (NDRF).

Revenue Minister R Ashoka, who oversaw the relief operations, said that in terms of waterlogging, the situation has improved since Saturday. Speaking to reporters, the minister said that most of the rainwater collected in the stormwater drains in south Bengaluru gathers and flows through the area.

It may be recalled that parts of the wall along the stormwater drain had collapsed recently and flooded parts of Mysore Road. The work on rebuilding the wall, which was ongoing, had to be temporarily halted due to the heavy rain.

Deccan Herald reported that the flooding was caused not only due to the missing retaining wall but also due to overflow of rainwater from the Dubasipalya drain.

Meanwhile, the Karnataka State Natural Disaster Monitoring Centre (KSNDMC) on Saturday issued a yellow warning for 16 districts, including Bengaluru. The KSNDMC also issued a thunderstorm warning in these districts, while warning of isolated heavy to very heavy rains over interior Karnataka, Malnad and the coastal regions.

For Bengaluru, the agency predicted that widespread light to moderate rains with isolated places and heavy rains, associated with thunder activity, is likely over BBMP area for the next two days till October 26.