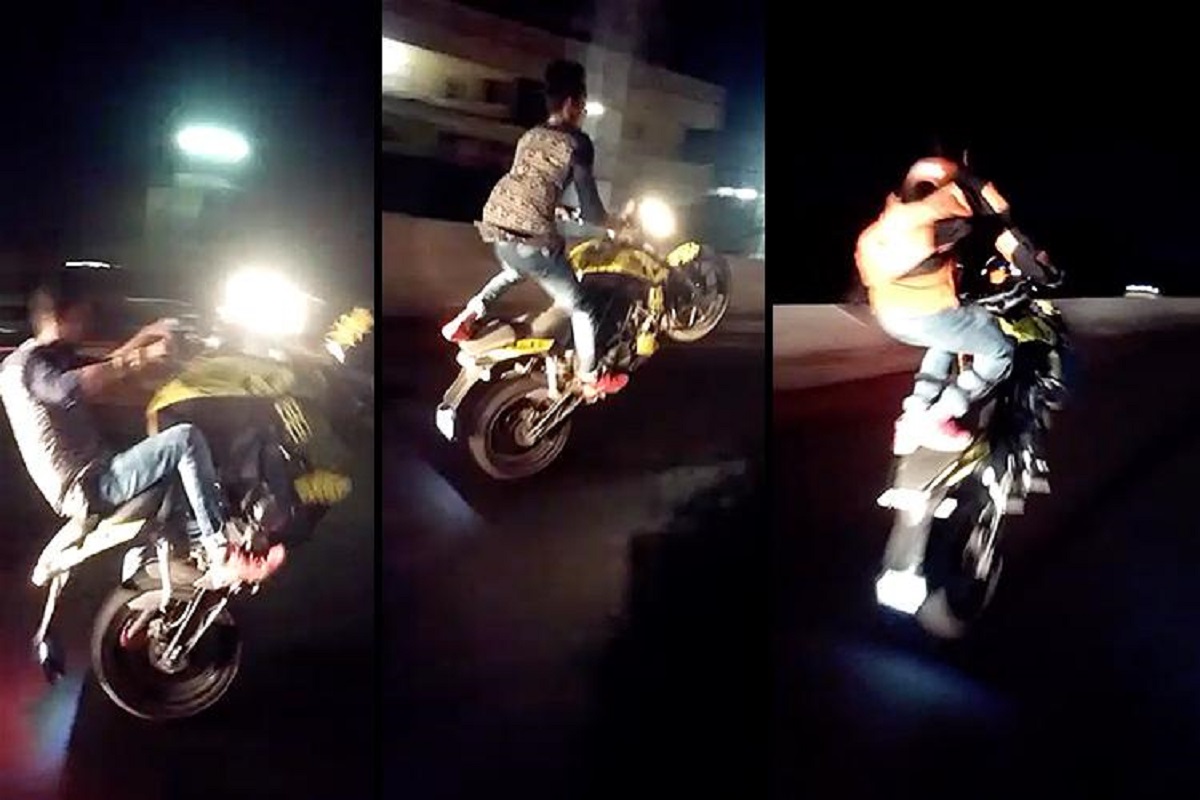 Similarly, persons who tamper with their bike silencers will be penalised with a fine of Rs 50,000 for a second offence.

In an attempt to rein in illegal stunts performed by bikers in Bengaluru, the city traffic police have increased the penalty to Rs 2 lakh if anybody is caught doing stunts for the second time. Similarly, offenders who are caught for the first time will submit an undertaking before the jurisdictional Deputy Commissioners of Police under Section 107 of the CrPC (Code of Criminal Procedure), reported The Hindu.

Earlier, offenders were fined Rs 2000 which they had to pay in court and the police would recommend suspension of their driving licence and their vehicles would be seized.

The Times of India reported that for the first time in the city’s history, police booked 28 such illegal stunt performers and made them sign a bond of Rs 2 lakh each. The report said that four garage owners too, were booked under section 110 of CrPC for abetment.

The same report quoted Joint Commissioner of Traffic Police, Ravikanthe Gowda as saying that a special drive by the police caught 48 stunt riders and booked them under IPC (Indian Penal Code) section 279 (rash and negligent driving) for wheelies and drag racing. Among them, 28 were also booked under Section 107 of the CrPC for risking others lives by performing stunts in crowded places.

These decisions to levy steep fines came after Police Commissioner Kamal Pant chaired a meeting over the issue of rising accidents due to these stunt riders.

Earlier too, traffic police had carried out drives against modified silencers which create loud noises. According to the Motor Vehicles Act, if a vehicle’s silencer produces over 80 decibels noise, it is considered to be causing noise pollution.