Sira bye-elections: Fight for survival, prestige and the future 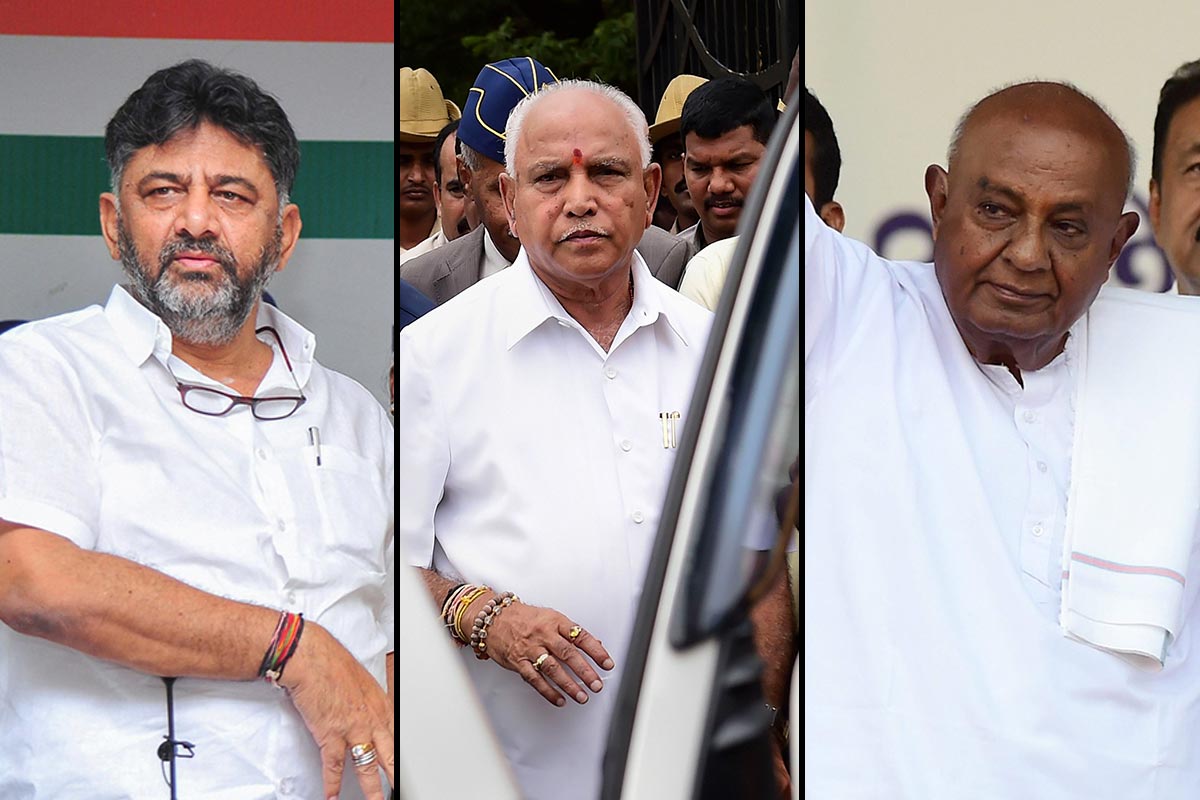 With all three parties fighting hard, Sira is still a triangular fight so close to the date of polling. The results could go a long way in realigning dynamics within each of the parties.

The results of the November 3 bye-elections have no bearing on the future of the Karnataka government but the outcome of the Sira bye-polls are crucial for all three parties for different reasons. While in RR Nagar, the other constituency where bye-elections are being held, BJP’s Munirathna seems to be emerging stronger than other candidates, in Sira, all three parties are pulling all stops to prove their mettle.

The JD(S) is fighting to retain the seat won by the deceased Sira MLA B Satyanarayana. For the JD(S), winning in their stronghold of Old Mysuru Region is a matter of survival for the party. While JD(S) Supremo HD Deve Gowda initially had no plans to campaign in the constituency due to the pandemic, as per sources in the party, after realising the gravity of the situation, the 87-year-old along with several members of his family, have intensified their campaign.

The former Prime Minister is camping at a party worker’s house close to the constituency and told the party workers that winning the seat is very crucial for him, his family and the party. Several local leaders of the JD(S) have jumped ship either to BJP or the Congress and the battle for Sira is not just for relevance but also to ensure more leaders do not abandon the party.

Apart from Deve Gowda, former CM HD Kumaraswamy, his son Nikhil, and nephew Prajwal Revanna too have been bolstering the JD(S) campaign in the last few days.

The Congress has fielded former minister TB Jayachandra in Sira despite his loss in the 2018 Assembly Elections. A win here is a huge prestige battle for the KPCC president DK Shivakumar who is leading his party into elections for the first time since he took office. The Sira bye-elections is critical for Shivakumar to prove his fortitude as a Vokkaliga leader by securing a win in the Vokkaliga heartland. A loss here would mean further ceding of space to the JD(S), even if the BJP wins Sira.

For the BJP which has had marginal success in the Old Musuru region, Sira bye-elections mean more than just a victory of one seat. The Chief Minister’s son BY Vijayendra has been camping in Sira, hoping to breakthrough in a constituency that has traditionally been a turf war between the Congress and JD(S).

For the CM this battle is pivotal in cementing his son’s position as a key strategist in difficult constituencies after he managed to lead the party to victory in KR Pete last December which has been a JD(S) stronghold. “The CM has been worried about his son’s political future for a while now and if the party manages to win here, they are looking to project Vijayendra as a poll strategist in his own right, emerging out of his father’s shadow,” said a source close to Yediyurappa.

With all three parties fighting hard, Sira is still a triangular fight, so close to the date of polling. And the results could go a long way in realigning dynamics within each of the parties.