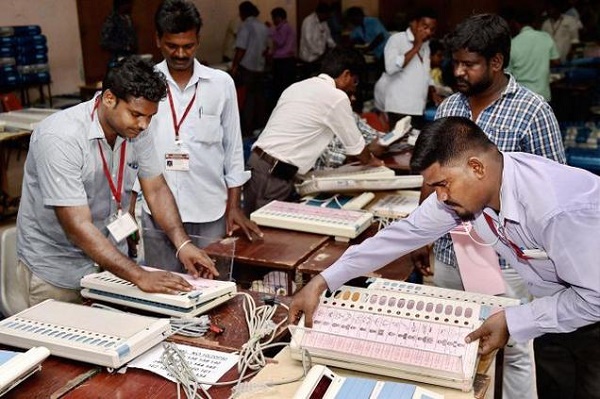 This election is important for the BJP as it lacks a majority in the Upper House to pass crucial bills.

An average polling of 71.1% was recorded during the election to four legislative council seats in Karnataka on Wednesday, Chief Electoral Officer Sanjiv Kumar said.

In view of the COVID-19 pandemic, the Election Commission had directed the returning officers to ensure that face masks and physical distancing should be maintained by the staff as well as the voters.

Initially, there was a poor turnout with an average polling percentage of 8.5 till 10 am. However, it picked up later in the afternoon.

This election is crucial for the BJP as it lacks a majority in the upper house to pass crucial bills.

The BJP government could not pass the farm bills and labour reforms amendment bills in the recently held legislature session as it could not get through the Upper House despite getting them passed in the assembly.

The Council has a strength of 75 members, including Congress which has 28 members, BJP — 27 members, Janata Dal (Secular) — 14 members, as well as one independent, one chairman and four vacant seats.

According to the CEO, polling began at 8 am and concluded at 5 pm. The counting of votes will be held on November 2.

There are 2.35 lakh voters in these four constituencies of which 71.10% had cast their votes.

In the wake of elections, security was beefed up at the polling stations and prohibitory orders under section 144 of the CrPC were imposed in and around the booths which will remain in effect till Thursday morning.

Arrangements for hand sanitisers and thermal screening at all the booths were made. Medical teams were also deployed around the polling centres.