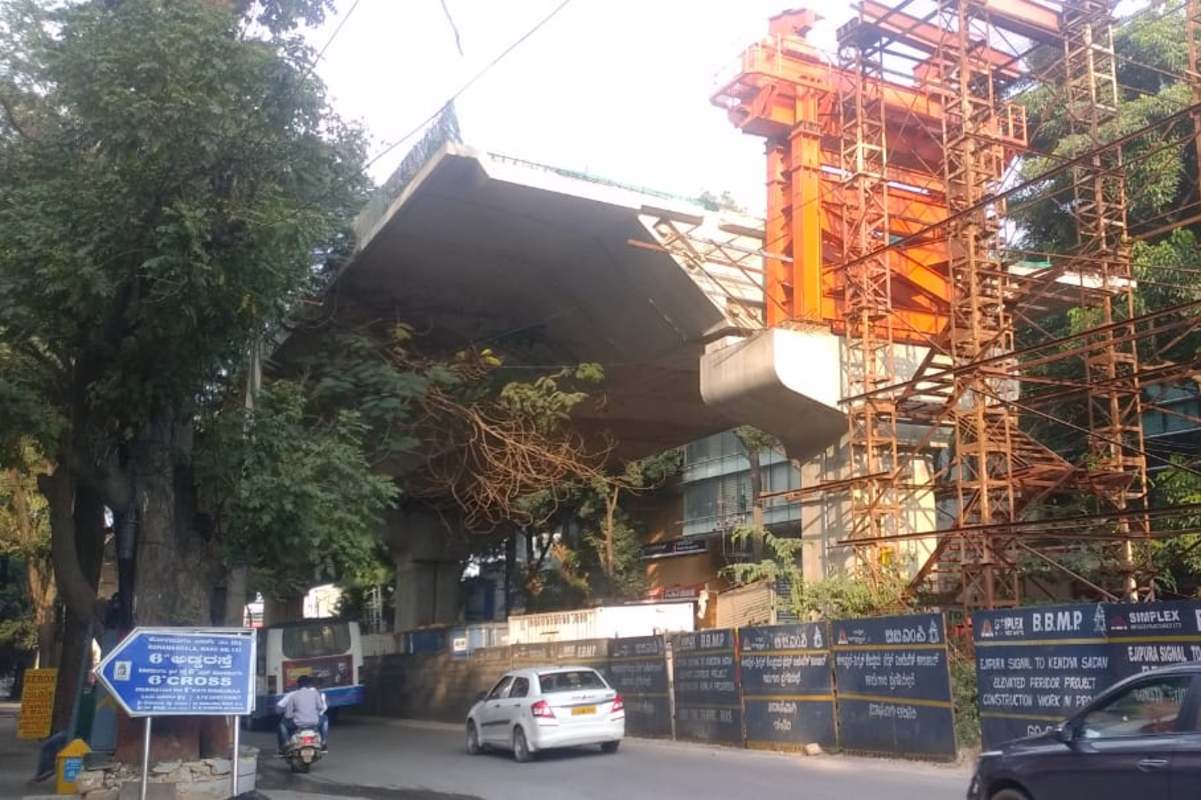 Even officials are unsure about a realistic completion date for the Ejipura-Kendriya Vidyalaya flyover.

It has been three years since the private contractor Simplex, at the behest of the Bruhat Bengaluru Mahanagara Palike (BBMP), began work for the four-lane Ejipura-Kendriya Vidyalaya flyover in the city. However, since then, the project has seen little progress. Meanwhile, this had led to a hard time for commuters and businesses along the three-kilometre-long stretch, as not only has the road shrunk significantly, but also made the area dusty due to excavation work. Street lights along the stretch were also removed as part of the excavation work.

The flyover, connecting the end of the Inner Ring Road with Hosur Road, was meant to bypass the busy Ejipura Junction and the Koramangala Sony Signal Junction. The project was promised to be ready by November-end in 2019, according to the original timeline. But with work coming to a halt due to the pandemic-induced lockdown, even officials seem unsure about the realistic completion date. Currently, work has resumed again after coming to a standstill; but fears remain as Simplex is facing a cash crunch.

Due to the fund crunch, officials said that only a skeletal number of workers are on ground which is impacting the progress of the project.

On paper, less than 50% of the project has been completed, but there are many places where the pillars itself have not been erected, according to a BBMP. TNM could not reach BBMP Commissioner N Manjunath Prasad. However, Chief Engineer (Projects) Ramesh was at the site on Wednesday to inspect the progress of the work.

Work on the Ejipura-Kendriya Vidyalaya flyover was previously stalled as well, due to various reasons. These included delay of payment for the workers by the BBMP, the transfer of defence and private land for public use, and clearance to cut 40 full-grown trees.

However, this is not the first time that a flyover has taken more time for construction than predicted in Bengaluru. A 920-metre-long flyover between Hennur and Lingarajapuram in the northern part of the city was delayed by nine years.

Other than the Ejipura flyover, other works that have been further delayed since the lockdown began include the Okalipuram eight-lane corridor and the Shivananda Flyover