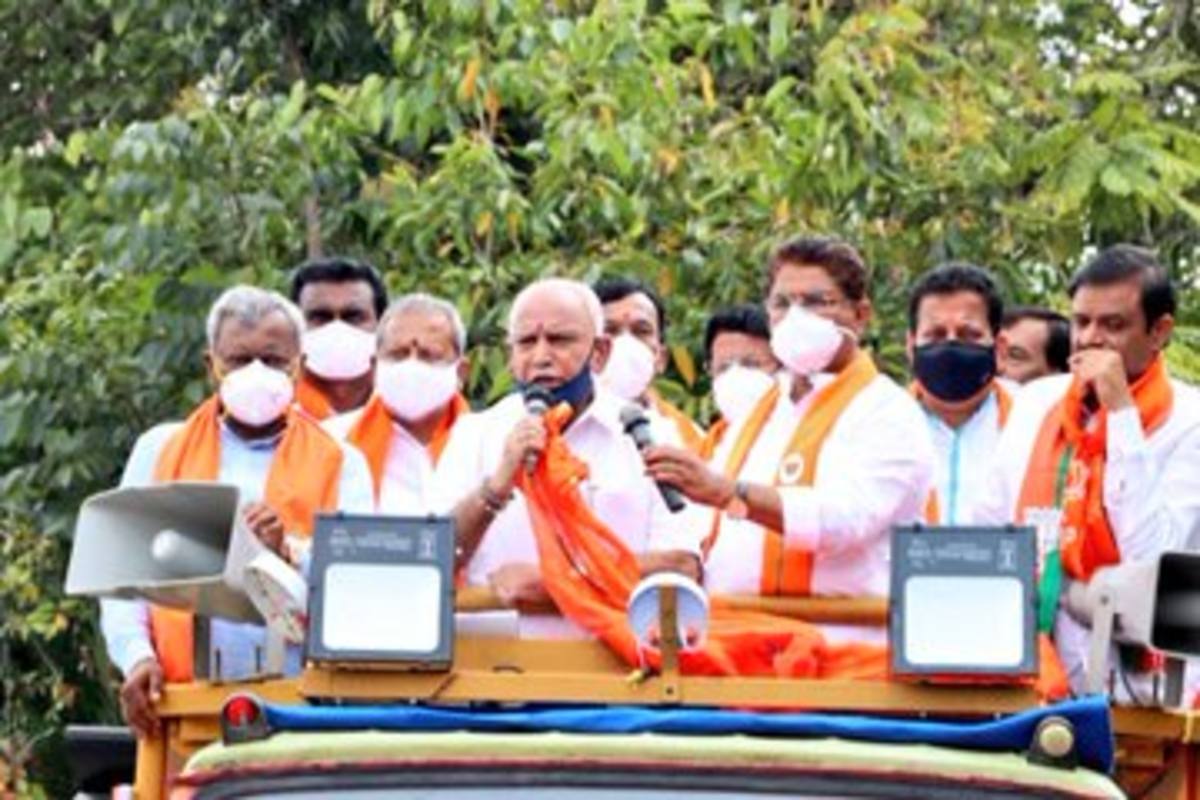 KPCC president DK Shivakumar alleged that BS Yediyurappa has violated the poll code by making such an announcement.

Campaigning for Rajajeshwari Nagara candidate N Muniratna, Karnataka Chief Minister BS Yediyurappa on Saturday assured that the former will be made a minister if he wins bye-polls on November 3. Speaking to reporters ahead of his poll rally in RR Nagara constituency on Saturday, Yediyurappa said that there should not be any doubts about the BJP candidate becoming a minister in his cabinet. “He will be made minister soon after his victory in this bye-polls,” he announced at the roadshow while addressing the media.

He agreed that the exercise (cabinet expansion) had been put on hold for quite some time now due to various reasons but it will be completed soon. “I will go to New Delhi once the bye-poll results are announced and meet our party senior leaders to discuss this,” he said, adding that he made such an assurance as he was 100% confident of Muniratna’s victory.

Earlier, addressing a roadshow, Yediyurappa had appealed to voters to elect Munirathna by at least a 50,000 vote margin and allow him to be the minister in his cabinet.

Lauding the steps taken by Munirathna to help people of his constituency during the COVID-19 induced lockdown, the CM said that Rs 900 crore worth work has already been sanctioned in the constituency. “If he wins, he will bring more development,” he added.

However, Yediyurappa’s announcement has not gone down well with the Congress party, which has pitted a greenhorn, H Kusuma, against battle-hardened Muniratna.

“I am not against the BJP making him (Muniratna) the Chief Minister, but announcing he would be made a minister by none other than CM amounts to the poll code violation,” he said.

The RR Nagar bye-poll has become a prestigious battle with all three political parties — BJP, Congress and JD(S) fighting it out fiercely.

The election was warranted as Munirathna, a former Congress MLA, resigned from the Assembly last year and joined the BJP. The Congress has fielded H Kusuma, the wife of late IAS officer DK Ravi, while the JD(S) has fielded V Krishnamurthy. Both are political greenhorns.

The bye-elections to RR Nagar in Bengaluru and Sira in Tumakuru district of Karnataka will be held on November 3. Counting of votes has been deferred to November 10.