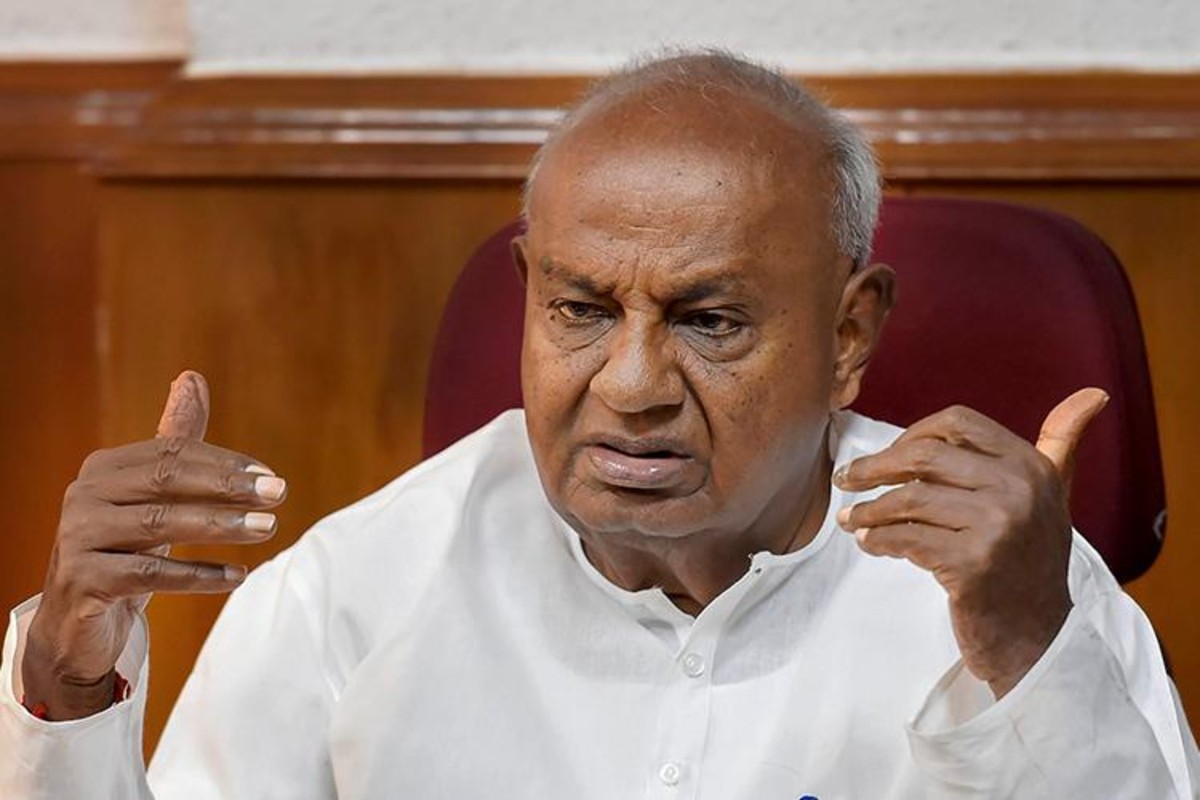 Ahead of Sira bye-polls, JD(S) supremo and former Prime Minister HD Deve Gowda on Saturday defended himself and his party over the failed Hemavati river diversion project to Tumakuru district of Karnataka. The Hemavathi reservoir is built in Hassan district, which is a bastion of the Gowda family. However, Tumakuru, which is the tail-end beneficiary of this project, never got its due. According to political observers, due to this reason, there has always been a great degree of apprehension among the Tumkuru electorate, who feel that Deve Gowda and his family was involved in thwarting this project, to benefit the Hassan electorate.

Keeping this in mind just three days prior to the bye-polls in Sira (in Tumakuru), Deve Gowda attacked his former party colleague and Leader of Opposition Siddaramaiah, asserting that there has always been a ploy against him and his party by some people who later joined the Congress to become the Chief Minister.

“It is a known fact that Hemavati river water will not reach here. Despite best efforts, it won’t reach. That is the reason the HD Kumaraswamy-led coalition government envisaged the Upper Bhadra project, which can quench the thirst of parched areas of Tumkuru. But none wants to remember this. Instead, they only want to highlight Hemavati,” he alleged. The Upper Bhadra project is a lift irrigation project aimed to bring water from Tunga to Bhadra reservoir and subsequently transport it to Chitradurga and Tumakuru districts.

Deve Goda further said that he and his family members were not the ones who were stopping water from coming to the people, but the national parties were the real culprits.

“Our own friends who were with us before joining other parties in search of greener pastures are fanning such misleading campaigns. I leave it to you to decide, whom to believe and whom not to,” he said while seeking votes in Sira in favour of Ammajamma, the wife of Sathyanarayana, who succumbed to prolonged illness two months ago.

“Do not forget, Jayachandra is the one who ensured that The tanks in Sira are filled to their brim whenever he was in power. Outsiders never used to give their daughters for marriage to the people of Sira for the fear of non-availability of water. Jayachandra has worked hard to ensure water for all of you, so vote for him,” he said.

The Sira constituency in Tumkuru is going to the polls on November 3, along with Rajarajeshwari Nagara in Bengaluru.