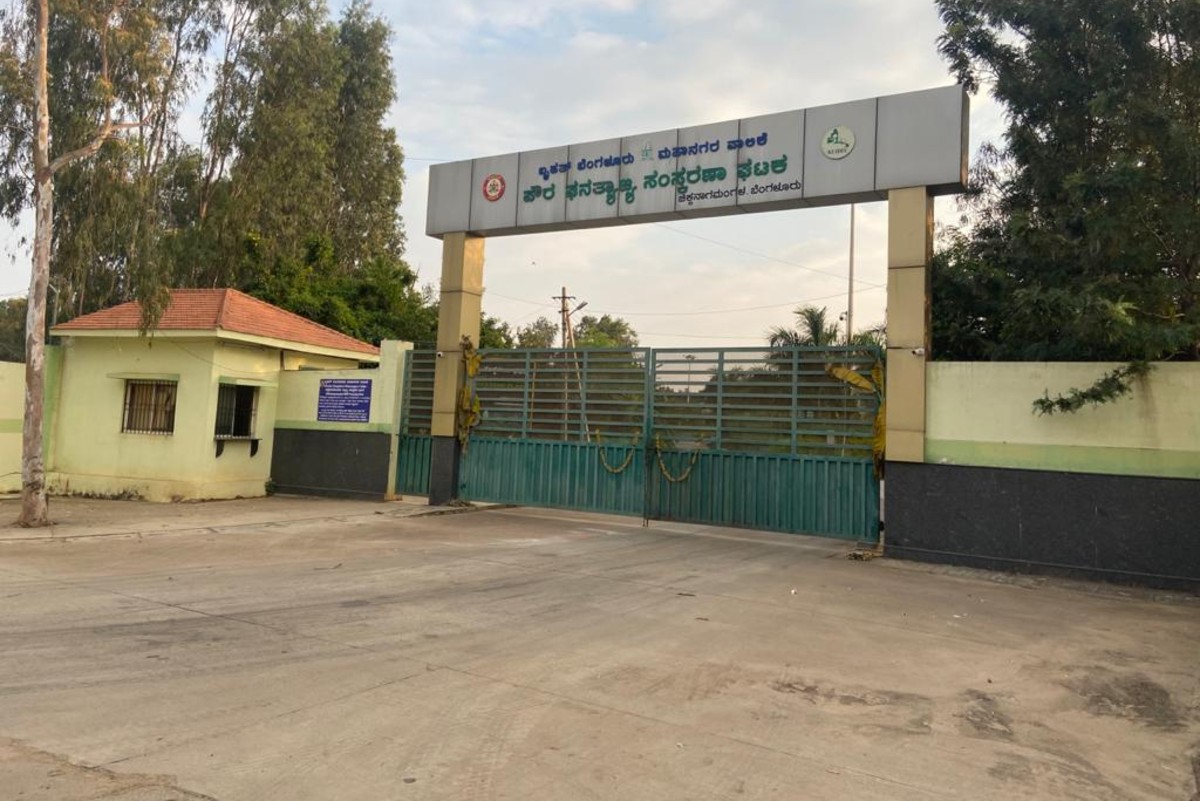 Residents of Bengaluru’s Electronic City Phase 2 on Sunday started a tweetstorm demanding to shut down the solid waste management plant located in their neighbourhood due to the regular stench and pollution it has been causing. Despite numerous complaints to the Bruhat Bengaluru Mahanagara Palike and (BBMP) other agencies like the Karnataka State Pollution Control Board, the residents said there has been no improvement in the situation over the years. They said the stench is affecting the health and well-being of residents.

Pointing out that the waste plant has been producing toxic air, polluting water and causing severe stench, the residents also called out the solid waste management (SMW) authorities for not taking any action and no adhering to its own promises of resolving the matter.

There are houses as close as 50m to the plant. Residents can’t even keep their windows open due to flies. How long do they suffer beacue of BBMP’s ineptitude #ShutDownEcitySWMPlant @BBMPCOMM @Gaurav_Gupta67 @BBMPSWMSplComm @CMofKarnataka #LetEcityBreathe pic.twitter.com/JUB2FFGcrw

When it comes to SWM plant authorities make big promises, but fail to adhere to it. In this time of covid its more important that air/land/water cleanliness should be maintained everywhere, especially in areas like Ecity. #ShutDownECitySWMPlant @CMofKarnataka @BangaloreBuzz

#ShutDownECitySWMPlant ECity residents are facing death by a thousand cuts. The lungs are squeezed out of oxygen and filled with carbonaceous fumes of illegal garbage @BJP4Karnataka @BJPLive @PMOIndia @ECityBangalore @BangaloreBuzz @EconomicTimes @timesofindia

Chikkanagamangala SWM plant is taking away resident’s basic right to breathe by heavily polluting air in & around. It poses a serious health risk by emanating poisonous stench throughout the day. #ShutDownECitySWMPlant@BBMPSWMSplComm @ELCITA_IN @BBMPSWMJtComm

While the BBMP claimed that the plant is yet to be utilised to its full capacity, residents allege that the discrepancies in the plant’s functioning not only causes stench but also affects the quality of groundwater in the area due to improper effluent disposal practices.

Residents have been facing the issue of the irregular functioning of the solid waste management plant for years now. They had even threatened to boycott the Lok Sabha elections in 2019 protesting over the issue.

The residents said the BBMP has continuously failed to adhere to their own commitments given to them. “We have been demanding the installation of odour measurement devices in the plant for the past one and a half years. This has also been minuted in every single meeting with the BBMP SWM Commissioner and Joint commissioners. Yet, there has been no movement in this regard. We have again submitted our written request to BBMP SWM Commissioner to implement these (odour management measures). We haven’t received any response yet. SWM Rules 2016 also talks about setting up such devices,” Deepu Chandran, one of the residents, told TNM.

He added, “It (the foul smell) gets so severe some days that it lasts for almost 20 hours at a stretch. October 26 was one such day.”

Another resident, Ranjesh Hebbar, said, “Decentralised waste processing is the only solution. Every ward will act responsibly if they have to manage their own waste. Why should we, the residents of Electronic City Phase 2 suffer?”

Other than the present issue of the waste management plant, the residents also oppose the proposed Waste to Energy (WTE) plant in the vicinity. In April 2019, a WTE plant has been proposed in the area, which is being opposed by the residents owing to the environmental threat these plants are associated with globally.