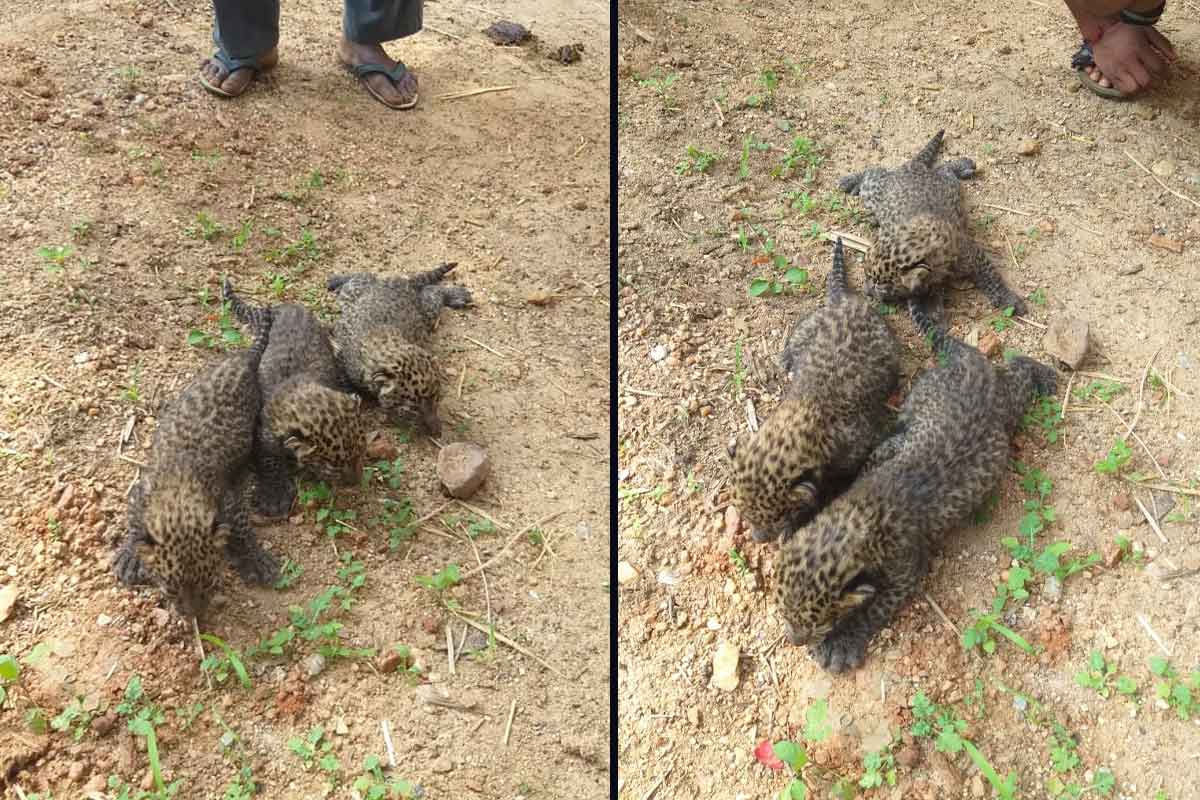 The incident was reported in Karnataka’s Mandya district, near Mysuru.

Three infant leopard cubs in Karnataka were reunited with their mother within a day’s time, following the active intervention of the state Forest Department. The incident has been reported from Mandya district near Mysuru. Speaking to TNM, Deputy Conservator of Forests Ravi Shankar said that three infant cubs were spotted by a farmer in his sugarcane field in Keragodu village, around 10 km away from the district headquarters.

“We got information from the locals yesterday (Saturday) that three leopard cubs were found in a farm in the morning. They could not spot the mother leopard nearby. We received the news in the evening, went to the spot and secured the cubs,” he told TNM.

He said that the forest staff who went there also could not trace the mother leopard. There was apprehension among the local farmers as they feared that the leopard would come again to their fields, leading to a man-animal conflict.

“We pacified the locals and said that we will take care of the situation. We found a suitable spot nearby which is away from where humans usually visit in the nighttime and closer to the forest, anticipating that the leopard will come and take her cubs back. If they smell human presence, often, they do not come. So after putting the cubs in that spot, we posted two staff to observe that the cubs are not disturbed and today morning in the wee hours, the mother came and took the cubs back,” he added.

Bhagya Lakshmi, a conservation activist based in the region said that the reunification of cubs with their mother is not very uncommon. She said, “Often, leopard cubs are left by their mothers in the sugarcane fields in the region, which the leopards feel is a safe place for the cubs, and return in a short while.”

A study by the Nature Conservation Foundation found that 357 leopards were captured in Karnataka by the Forest Department between 2009 and 2016 after they were spotted in conflict situations.