In pictures: Midnight protest held in Goa over doubling of railway line to Karnataka 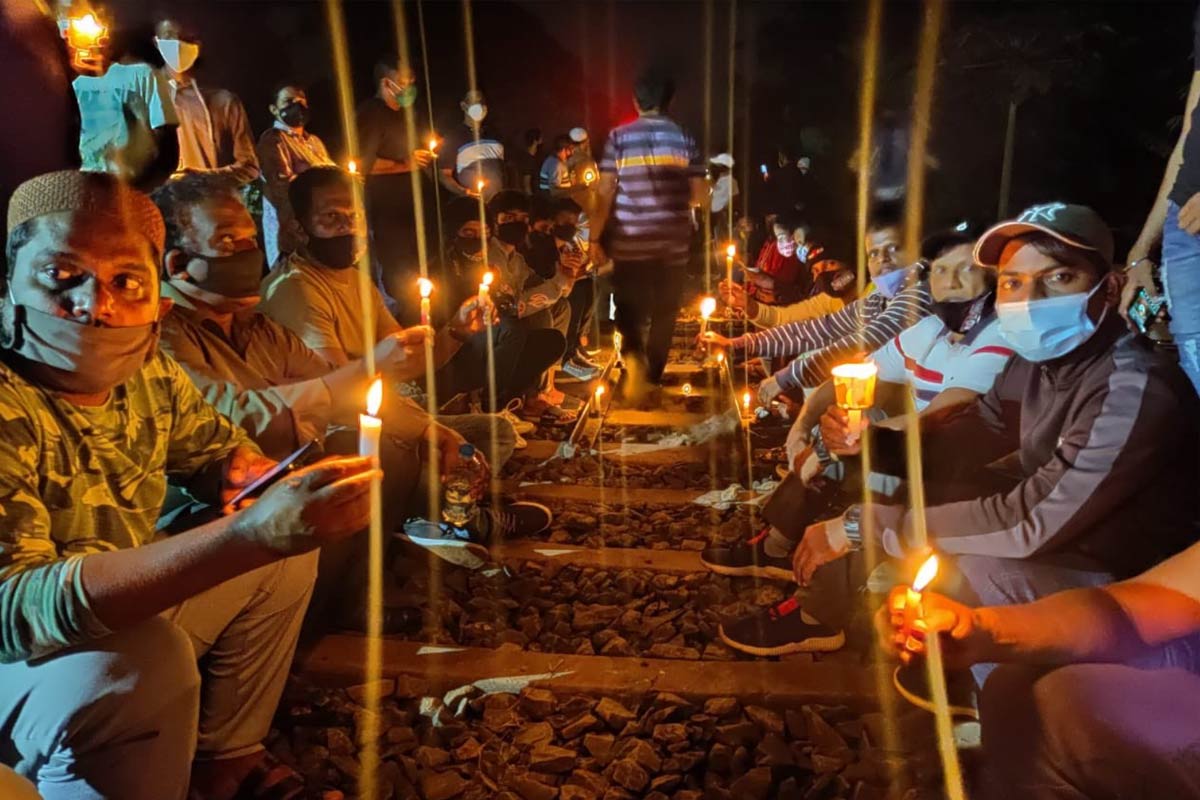 The protesters demanded that the project be halted as it benefits the coal merchants and would entail massive destruction to the environment.

A massive protest by hundreds of men, women and children was held in south Goa’s Chandor village over the doubling of the railway line to Karnataka. Protesters sat on a railway track, where work was set to begin for doubling of tracks on Sunday night. The protestors lit candles and spent the night on the rail tracks until dawn to prevent the rail staff from beginning work. There were protesters who beat drums and danced in traditional Goan style.

Top police officials including South Goa Superintendent of Police also failed to pacify the protesters. According to the protesters under the banner of ‘Goyant Kollso Naka’ (GKN-don’t want coal in Goa), the doubling of track works between Vasco in Goa to Hospet in Karnataka’s Ballari is being undertaken solely for the purpose of transporting coal from the state to neighbouring Karnataka. The protests were also supported by the opposition parties in Goa namely the Congress, Goa Forward Party and the AAP. 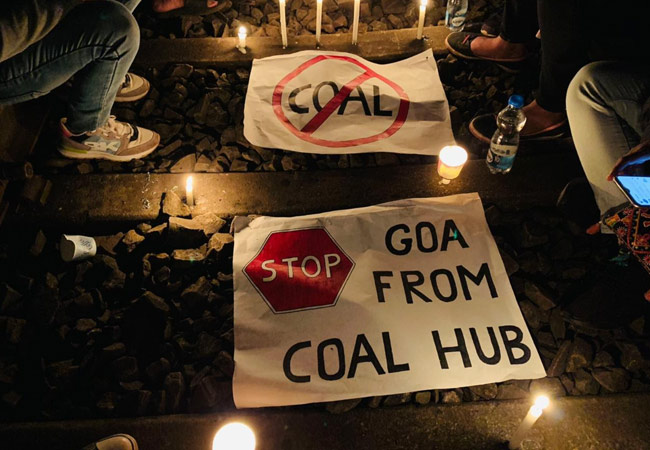 Sunday night’s protests are also against the environmental destruction, which residents and environmental groups allege will take place to make way for projects common to both states.

According to the environmental group, Greens, nearly 50,000 trees within the eco sensitive Western Ghats region are set to be felled for expansion of railway lines, highways (NH-4A) and drawing of a new high tension power spread across protected forests in and around Mollem village. The railway doubling line even involves cutting of trees in the Bhagwan Mahaveer Wildlife Sanctuary and a national park on the border of the state. 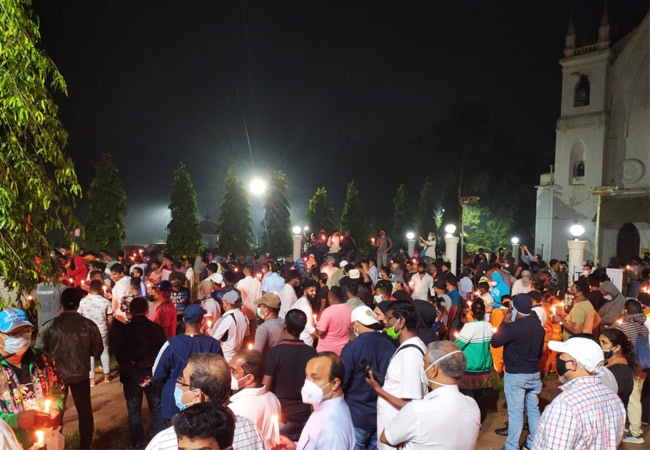 The projects have already been cleared by the National Wildlife Board for Wildlife in April much to the dismay of environmental activists who have now approached the courts. 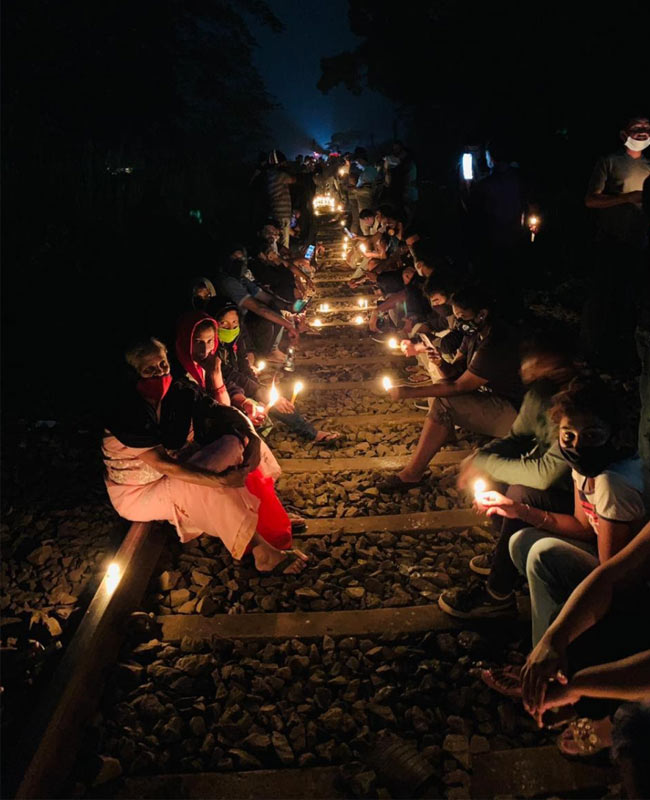 The opposition parties, civil society groups and tourism stakeholder bodies have also expressed apprehension about these projects being pushed at an “express pace” to facilitate movement of coal imported through the Mormugao Port Trust facility in Goa to steel mills in Karnataka’s Ballari.