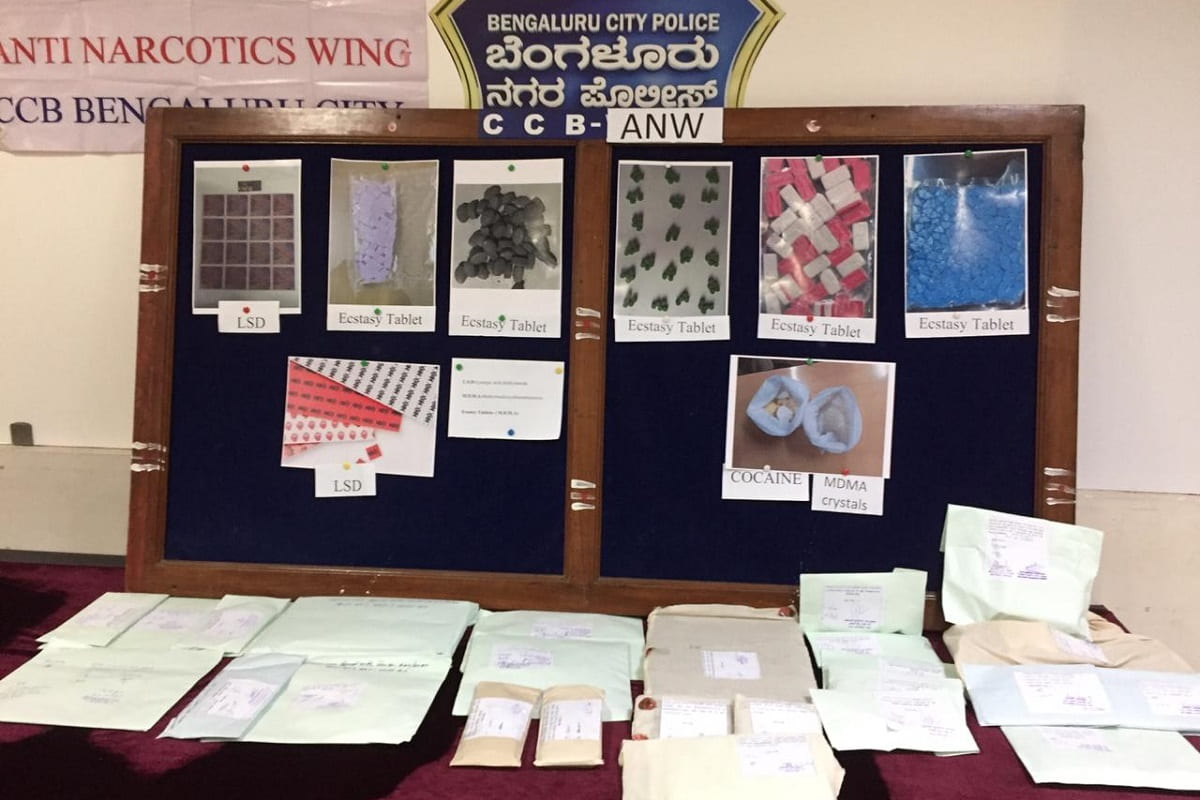 The police said that in an operation involving efforts from police personnel from various stations, the accused were arrested last week.

Bengaluru’s Central Crime Branch on Monday announced the arrest of 10 persons in connection with a racket where drugs were allegedly procured via the dark web. The CCB carried out raids at various locations in Bengaluru and seized huge amounts of MDMA pills, MDMA crystals, cocaine and LSD worth Rs 90 lakh. Central Crime Branch sleuths on Monday said that the drugs were shipped to India via post and were paid for in bitcoins.

After receiving credible information from Bengaluru Customs, the CCB on Sunday night coordinated with the police in Indiranagar, Ulsoor, HAL, HSR Layout, Vijaynagar, Mahalakshmipuram and KG Halli to carry out raids at the homes of the 10 accused.

The CCB seized 660 LSD papers, 560 MDMA pills, 12 gm MDMA crystals, 10 gm cocaine, 12 mobile phones, 3 laptops and 2 two-wheelers during the raid. However, the CCB maintained that the accused were each operating on their own capacity and were not part of any gang.

According to the police, the investigation began a few months ago, when the Bengaluru Customs Department received a tip that synthetic drugs were being imported to India via the dark web. Based on the tip, the Central Crime Branch sleuths alerted the various police stations to track the movements of the accused persons. Up on their arrest, the accused allegedly confessed to ordering synthetic drugs from a website called Empire Market, using The Onion Router (TOR) browser.

The accused allegedly paid for the drugs via bitcoin. These drugs were stuffed inside gift items and sent to India via India Post, which was then delivered to the homes of the accused. Police said that the accused then distributed these drugs to students from various colleges in Bengaluru.