The Kuruba demand for inclusion in ST list: The politics and politicking in Karnataka 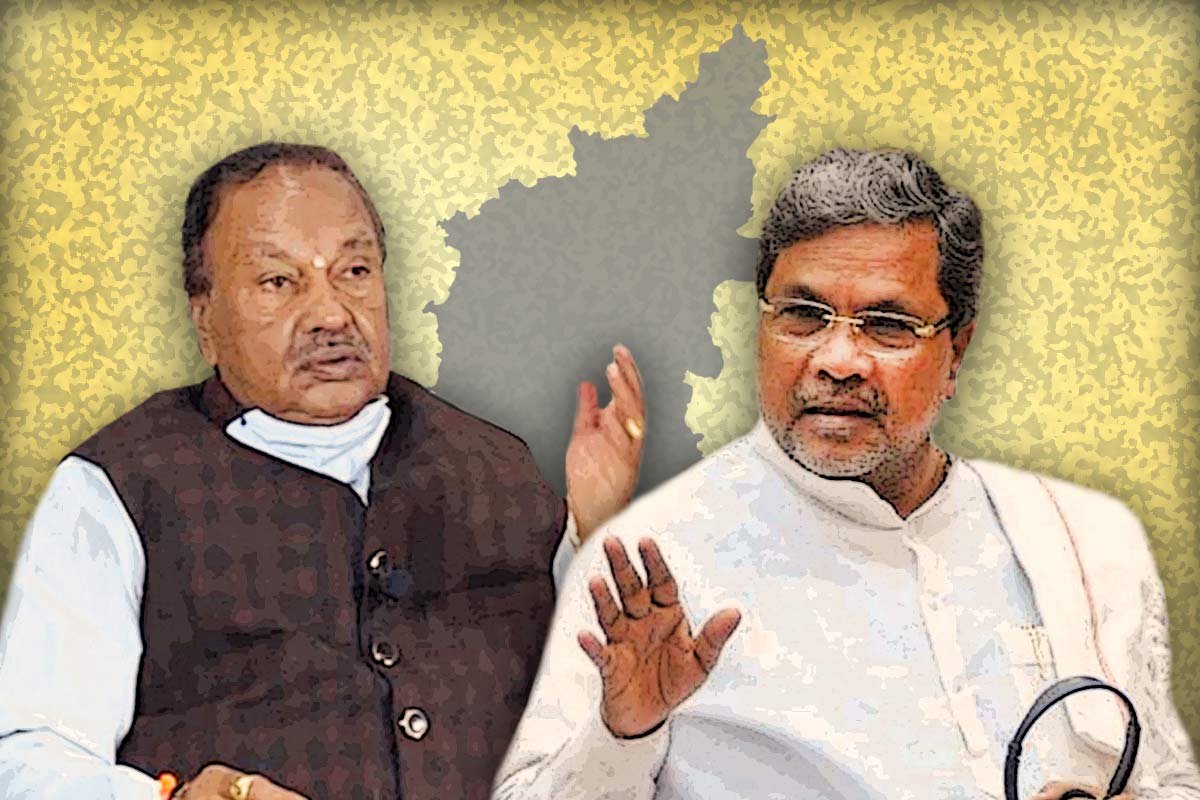 The Shepherds India International convention held in Bengaluru last month has revived the demand for a Scheduled Tribe tag for the Kuruba community.

Three years after Karnataka witnessed a demand from the Lingayat community for a separate religion tag, the Kurubas (who are sheep rearers or shepherds) have decided to revive a decades’ old demand of including them in the Scheduled Tribes (ST) category. The fourth largest caste in Karnataka after the Lingayats, Vokkaligas and Muslims in that order, the latest demand, driven by Kuruba politicians cutting across party lines with the support of the community mutt heads, is said to be an attempt by the Rural Development and Panchayat Raj Minister KS Eshwarappa to score brownie points over former chief minister Siddaramaiah. Both are Kurubas, but Siddaramaiah, who has positioned himself as a leader of the backward classes, is the undisputed chief of the community similar to what former Prime Minister HD Deve Gowda is among the Vokkaligas. Eshwarappa, who is miffed over not being made the deputy Chief Minister, reportedly wants to pioneer the ST tag demand with the Centre.

However, an earlier attempt by the Karnataka government to include the Kurubas under the ST category was rejected by the Centre. Congress MLA Priyank M Kharge, who was the social welfare minister in the Kumaraswamy government, said the proposal to include Kurubas was not approved by the Modi government while another proposal sent during Siddaramaiah’s regime in 2014 to include Gangamatha, Kabbaliga and Koli – synonyms for the same community – was rejected twice.

Presently, the Kurubas constitute 9.3% of the state’s population and come under the backward classes category sharing 15% reservation with 104 other castes. From pre-Independence till 1977, the community enjoyed the ST status. In 1977, Justice LG Havanur, who headed the backward class commission, removed the ST tag, moving the Kurubas to the ‘most backward classes’ category, and brought in an area restriction stating that those living in Bidar, Yadgir, Kalaburagi and Madikeri with Kuruba synonyms can continue to avail the ST benefits.

In the early 80s with Siddaramaiah making his debut into the legislative assembly, the Kurubas came into prominence once again. During the Janata Party government, then Social Welfare Minister VL Patil, a Kuruba himself, issued an order stating those who had already obtained the ST tag in the community can continue to enjoy the benefits, irrespective of the area restrictions stipulated in the Havanur Commission. But this was struck down by the court. Since then the demand for a ST tag has been alive.

Regarding political representation, until the defection of some Congress-JD(S) MLAs to the BJP, the Congress had the highest numbers from the community. The Kuruba faces in the BJP now, apart from Eshwarappa, are the formerly disqualified MLAs AH Vishwanath, MTB Nagaraj and R Shankar, while the Congress has Siddaramaiah and former MLA HM Revanna and the JD(S) has its deputy leader in the legislative assembly, Bandeppa Kashempur.

With the demand for inclusion in the ST increasing, the JD(S)-Congress led government constituted the Justice HN Nagamohan Das Commission to look into increasing the existing reservation for SCs from 15% to 17% and for the STs from 3% to 7% by not exceeding the overall 50% reservation quota as mandated by the Supreme Court’s order of 1992. The report was submitted to the state government in July this year and is awaiting a decision.

According to BJP MLC AH Vishwanath, who heads the Shepherds India International, of the 12 crore Kuruba population across the country, Karnataka accounts for 50 lakh. “The demand for a ST label is not a political agenda, but one with cultural, social and economic ethos. The way out is to increase the ST quota from the present 3% to accommodate us,”’ he added.

He said the Kurubas in other states were known by different names – as Dhangars in Maharashtra, Rabaris or Raikas in Gujarat, Dewasis in Rajasthan and Gadarias in Haryana. “We’re a historical community with a tribal background,” he maintained.

Sources said while many backward classes have been included in the ST category, the reservation quota cauldron has remained static. “Everyone wants a share of a piece of the pie, which is small. Everybody is talking about getting the tag but not of sharing the resources. If some castes wish to be included, they should come with the quota they had in the earlier category,” sources maintained.

What did the Supreme Court say in 1992

In 1991, the Narasimha Rao government issued an order providing an additional reservation of 10% for “other economically backward”’ sections, to the existing 27% reservation recommended by the Mandal Commission for the other backward classes. This was challenged by an advocate, Indra Sawhney, and the apex court struck down the additional 10% and upheld the 27% reservation by capping the overall quota at 50%.

Presently, only Tamil Nadu and Maharashtra have exceeded the apex court’s ceiling of 50%. Tamil Nadu has 69% reservation, which was achieved by including the reservation legislation in Schedule 9 of the Constitution. In the case of Maharashtra, the Bombay High Court upheld the state government’s quota for Marathas.

Referring to speculations that the BJP or the RSS will make the ST tag its political agenda, Revanna said it is being championed by all parties. The community’s leaders have chalked out a series of engagements till February 2021. A women’s convention has been organised in Kaginele Kanaka Guru Peetha in Haveri on November 8 apart from a walkathon, which will commence from Kaginele on January 15, 2021 and culminate in a rally in Bengaluru on February 2, he added.

Naheed Ataulla is a journalist who has covered Karnataka politics for over two decades, and is a former Political Editor of The Times of India. Views expressed are the author’s own.