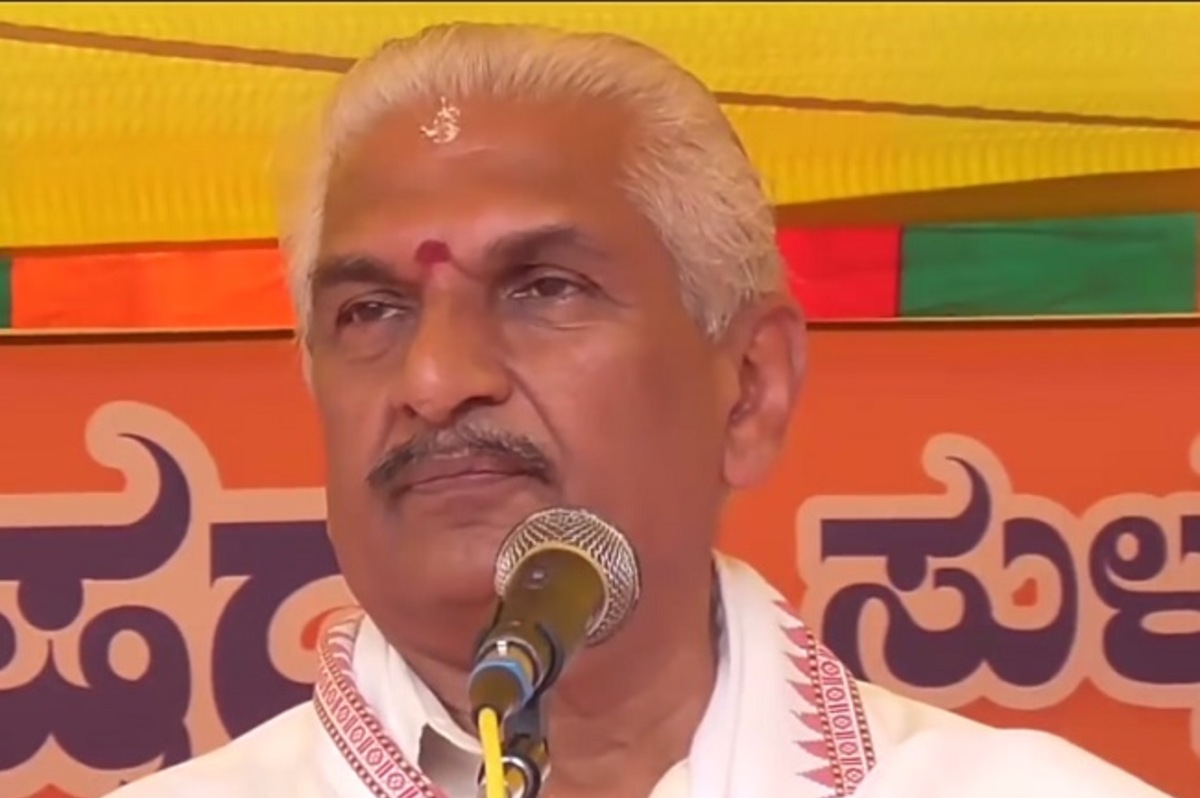 The video of a speech made by Kalladka Prabhakar Bhat in Dakshina Kannada was shared on social media.

RSS leader Kalladka Prabhakar Bhat stirred a fresh controversy after a video of him comparing Ullal in Mangaluru to Pakistan emerged. Kalladka Prabhakar Bhat was speaking at an event in Kinya village in Dakshina Kannada on Sunday when he said, “Hindus have reduced in and around Kinya. I don’t have to speak about Ullal. So then who will protect our temples and who will protect our traditions? Why was there a Pakistan? Our numbers reduced and their numbers increased and that is why we got Pakistan and Bangladesh. If you go to Ullal pete (pete means town), isn’t it Pakistan? Is it any different? Near home itself, a Pakistan has been built.”

The event was the ‘Grama Vikasa Saptaaha’ organised in Kinya village. A video of the speech was shared by social media users. Ullal is a locality in southern Mangaluru where a large number of Muslim families reside. The 2011 census data suggested that 56.1% residents are Muslim while 34.8% residents are Hindus in the area. The Ullal town also has around 9.34% Christians. UT Khader is the MLA of Manglauru constituency which was previously Ullal constituency. Khader is a second generation politician from Ullal and the lone remaining Congress MLA in Mangaluru and in Dakshina Kannada district.

He added, “For some elements that want to poison the society, Pakistan is a popular topic. In every corner of Ullal, I can only see India.”

Khader also reminded that the army of Rani Abbakka who fought and drove away the Portugese hailed from Ullal. Rani Abbakka is a 16th century Tuluva queen of Ullal. She fought the Portuguese for decades and resisted several of their attempts to capture Ullal which was strategically placed.

“That time, the Hindus, Muslims and Christians fought together. The religious centres from those times are still there. The traditions of that time are still respected here. I wish to see words that will strengthen the culture and goodwill of Ullal,” Khader said.