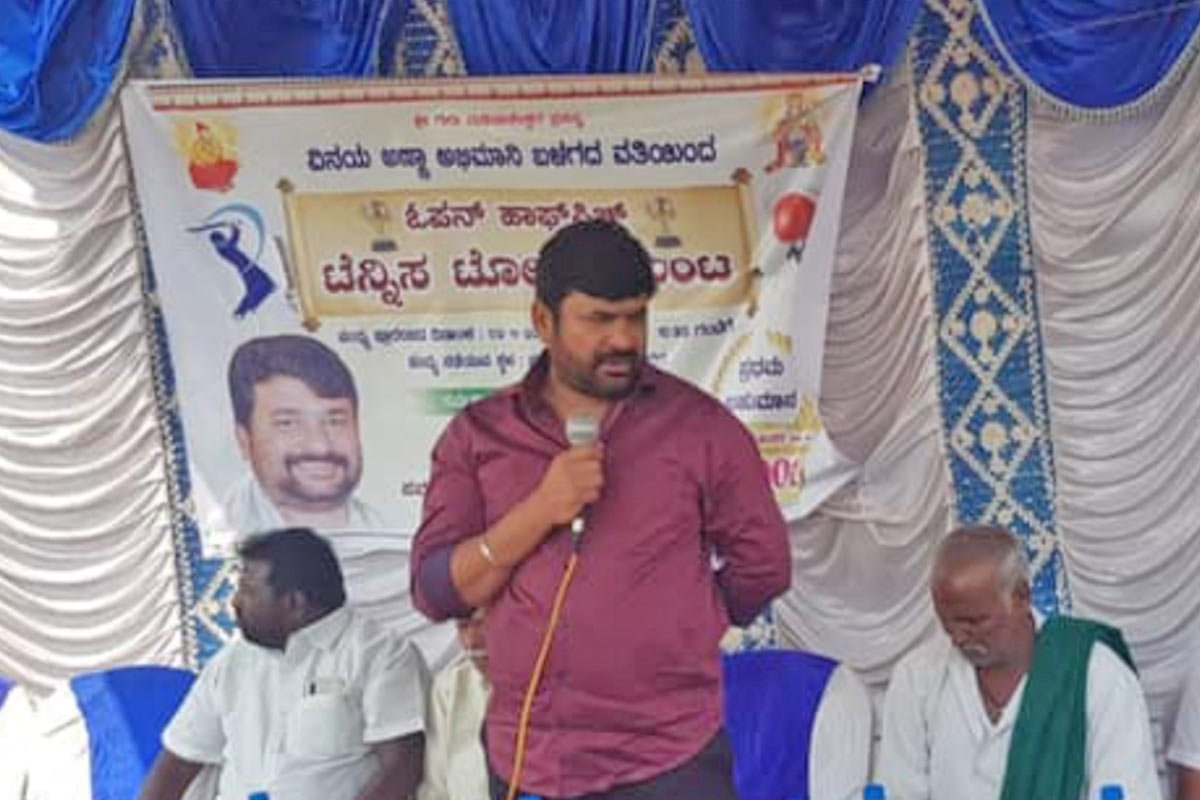 In June this year, the CBI had examined Panduranga Rane, retired Police Commissioner of Dharwad, former DCPs Jinendra Khanagavi and Mallikarjun Baladandi in connection with the case.

The Central Bureau of Investigation on Thursday questioned former Minister and Congress leader Vinay Kulkarni in connection with the murder of BJP Zilla Panchayat member Yogeshgouda Goudar in 2016.

Kulkarni was taken to Dharwad Town police station, where the murder case was first registered by the police.

Speaking to IANS, a senior CBI officer from Delhi clarified that the CBI picked him (Kulkarni) on Thursday and was examining him in the Yogesh Gouda murder case of 2016. “At present we cannot say it as a ‘detention’ or ‘arrest’ per se, but we have called him for examining in the case,” he stressed. The CBI said it has not arrested Kulkarni.

The CBI team has already questioned Vijay Kulkarni, the younger brother of the former minister, his close aides, few Congress leaders and also the wife of the slain BJP worker.

In June, the CBI had examined Pandu Rangrane (the retired Commissioner Hubli, Dharwad), Jinendra Khanagavi (the then DCP Dharwad and presently Superintendent of Police Security Division, Bengaluru), and Mallikarjun Baladandi (the then DCP Crime and Traffic, Dharwad and presently Additional Superintendent of Police, Haveri) at the Central Bureau of Investigation (CBI) office in Bengaluru.

The police had registered a case against six accused, who are all residents of Dharwad. After taking over the investigation on September 24 last year, the CBI arrested eight persons, of whom seven are in judicial custody and one is out on bail.

In May, the CBI also filed a charge sheet against the eight people. The investigation agency said the accused had allegedly come to Dharwad on two occasions in June 2016 and with the support of the other accused allegedly planned the crime.

Earlier, the Karnataka Police had filed a charge sheet in the murder case on September 9, 2016.

Yogeshgouda, then a Zilla Panchayat member of the Bharatiya Janata Party (BJP) was hacked to death, reportedly over a property dispute in his own gym in Saptapur, Dharwad on June 15, 2016.

Following a plea by the elder brother of Yogeshgouda, Gurunathgouda, the case was handed over to the CBI for investigation. Gurunathgouda had been making several allegations against some police officials and Vinay Kulkarni, who was the Mines and Geology Minister in the Congress-led government. Gurunathgouda had even accused Kulkarni and his associates of threatening him and at the same time also trying to strike truce.

He had also alleged tampering of evidence in the case. The BJP leaders too had demanded a CBI inquiry, alleging involvement of the Congress leaders, including the then Minister Vinay Kulkarni.

While the then Congress government headed by Siddaramaiah declined to hand over the case to the CBI, the present BJP-led government got the CBI to work on the case.

In June 2017, an audio recording of Vinay Kulkarni’s alleged conversation laced with threats over the phone with the advocate representing the BJP leader’s family went viral. The audio clip coincided with Kulkarni’s plunge into the agitation for the separate religion status for Lingayats, which was almost a year before the crucial 2018 Assembly polls in Karnataka.