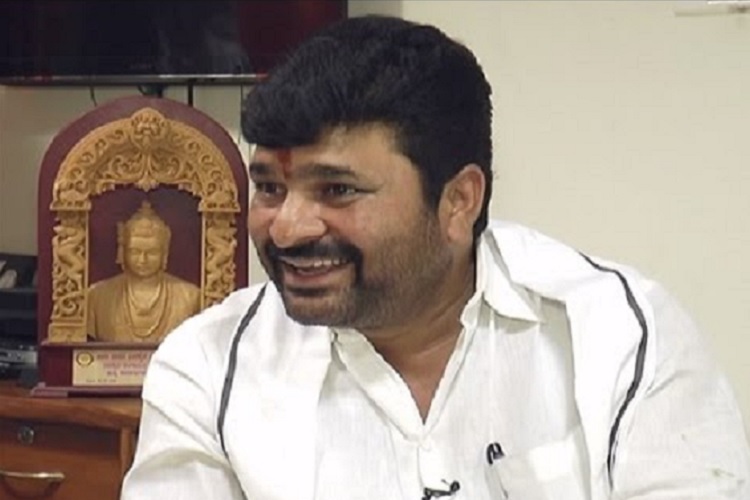 The CBI took Kulkarni into custody on Thursday evening after almost a day-long questioning regarding his alleged role in the murder of BJP leader Yogesh Gowda.

The Central Bureau of Investigation (CBI) on Thursday arrested former Karnataka Minister Vinay Kulkarni after questioning him for almost an entire day in connection with the murder of BJP worker Yogesh Gowda in Dharwad district in 2016, officials said. Gowda, a BJP zila panchayat member, was killed in his gymnasium on June 15, 2016 by unidentified men.

The CBI took Kulkarni, a former Congress MLA from Dharwad, into custody on Thursday evening after almost a day-long questioning regarding his alleged role in the murder conspiracy.

The central agency, which is looking into the conspiracy to eliminate Yogesh Gowda, has found that Kulkarni, former mines and geology minister in the state, was allegedly a participant in the conspiracy which led to the BJP worker’s murder, they said.

The agency suspected Kulkarni was being evasive in his replies during the questioning and needed custodial interrogation to unearth the larger conspiracy, they said.

Kulkarni had won the Dharwad seat in 2013 but could not repeat the victory in 2018 when the BJP’s Amrut Ayyappa Desai defeated him in the assembly polls.

The central agency has taken over the probe on the recommendation of the Karnataka government, the officials said. The probe of local police has shown property dispute as the reason behind the murder while the CBI probe shows it was a political murder. The agency had charge-sheeted eight persons in the case in May this year.

“The CBI investigation revealed that the accused allegedly came to Dharwad on two occasions in June 2016 and with the support of other accused, allegedly planned the murder of Yogesh Gowda. These accused fled after commission of the crime,” the CBI had said after filing of the chargesheet.

The agency had also questioned former Police Commissioner of Hubballi-Dharwad, Pandurang Rane, and two other senior serving officers of Karnataka police on the suspicion of destruction of evidence.

Rane, now retired, along with the then DCPs Mallikarjuna Baladandi and Jinendra Khanagavi, both posted in Hubballi Dharawad Commissionerate, were quizzed by the agency in connection with the murder.

BJP leader K S Eshwarappa on Thursday said that the party will never accept Vinay Kulkarni into its fold.