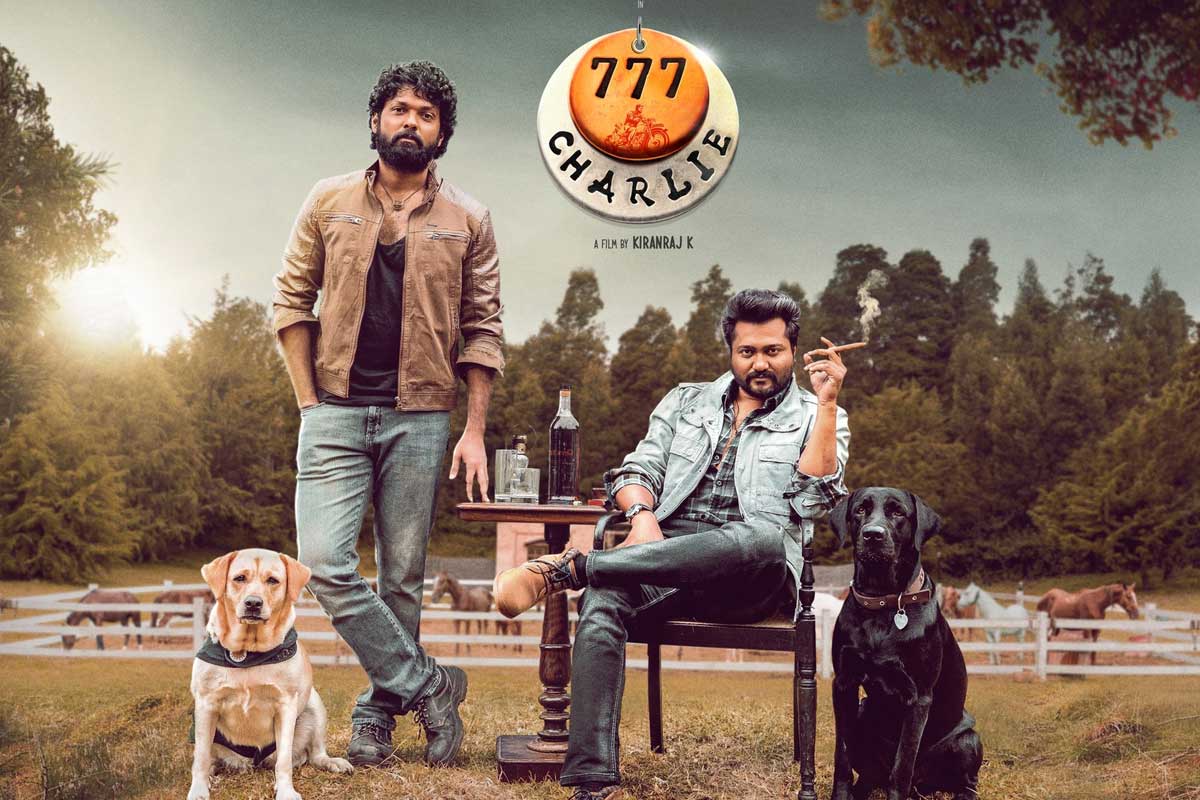 Actor Bobby Simha, who mainly appears in Tamil films, is set to play his first role in a Kannada film with a cameo in Rakshit Shetty’s 777 Charlie. A still shared on Twitter by Rakshit Shetty showed the two actors posing with two dogs with a farm in the background.

“All smiles and excited as I welcome the stellar  @actorsimha to the #777Charlie family on his very special day. Happy Birthday, so immensely happy to have you in our cinematic journey,” Rakshit Shetty said in the tweet.

Bobby Simha has mainly acted in Tamil films along with a few Malayalam and Telugu films so far in his career. He won the National Film Award for Best Supporting Actor for his role in Karthik Subbaraj’s Jigarthanda in which he portrayed the role of Madurai gangster Sethu.

777 Charlie is an upcoming Kannada film starring Rakshit Shetty in which he plays the role of Dharma, a protagonist stuck in a lonely lifestyle until he meets a pup named ‘Charlie’.

Directed by Kiranraj K and also starring Sangeetha Sringeri and Raj B Shetty of Ondu Motteya Kathe fame, it is expected to be the next big release of Rakshit Shetty.

Popular comedian and Kannada actor Danish Sait will also be playing a role in the film, and Rakshit Shetty had earlier revealed a poster with Danish teasing his appearance.

Rakshit Shetty shot to fame with the 2014 film Ulidavaru Kandanthe before going on to make hit films like Kirik Party, Godhi Banna Sadharana Mykattu and Ricky. His last film was Avane Srimannarayana, a fantasy adventure comedy film that released in 2019.

777 Charlie will be produced by Rakshit Shetty, GS Gupta and Pushkar Mallikarjunaiah under the banner Paramvah Studios and Pushkar Films like many of Rakshit’s previous films.