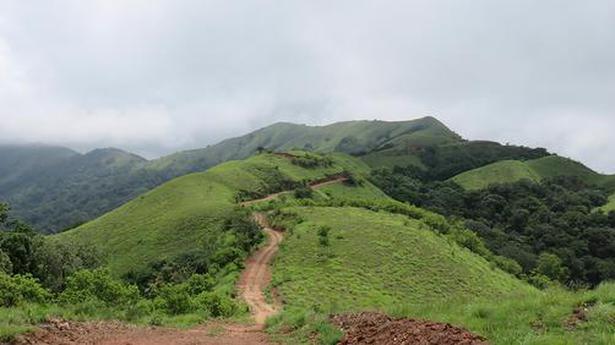 The proposed six-lane national highway between Mudigere and Nelliyadi towns of Chikkamagaluru and Dakshina Kannada — the Shishila-Byrapura road —, will cut across contiguous forest patches of the central Western Ghats, fragmenting the stretch protected under seven reserve forests connecting the Bhadra Tiger Reserve, the Kudremukh National Park, and the Pushpagiri Wildlife Sanctuary, a new scientific article has said.

These areas host one of the highest populations of Asiatic elephants, a tiger corridor, five species of birds, nine species of reptiles, and 23 species of mammals. The proposed highway would disrupt wildlife movement, potentially worsening the existing human-elephant interactions, increase wildlife mortality through collision with speeding vehicles, and could provide access to poachers and smugglers, added the article.

The article, A highway to hell: a proposed, inessential, 6-lane highway (NH173) that threatens the forest and wildlife corridors of the Western Ghats, was published in the Journal of Threatened Taxa on October 26 and is authored by H.S. Sathya Chandra Sagar, graduate (Ph.D) researcher at the University of Wisconsin, Madison, and Mrunmayee, executive director of WildCANE, an NGO working in the Bhadra Kudremukh landscape, and M.Phil candidate at the University of Cambridge.

According to the article, the entire project of 233 km has been split into four workable packages, each under 100 km, and among them is the 68.9 km stretch between Mudigere and Nelliyadi, with no existing highway in the alignment.

It further said that the area between Mudigere and Nelliyadi lies on the high and moderate landslide susceptibility areas. In addition, it has pointed out that the highway is also planned to pass along the Kapila river, one of the main feeders for the Nethravathi river system.

Ms. Mrunmayee told The Hindu that the whole landscape between Mudigere and Sakleshpur is a region where the forest is already severely fragmented due to multiple linear intrusion projects such as MRPL pipeline, high tension transmission lines, existing highways (Charmadi Ghat and Shiradi Ghat) and the existing Sakleshpur-Mangaluru railway lines.

“In addition, Yettinahole river diversion project has created immense damage to the landscape. There are also multiple mini hydel projects and a major reservoir in this area. The lands are also being converted into plantations, tourism facilities and residential plots. All of these projects have severely fragmented the forest and the landscape, which are primarily wildlife corridors and water catchment areas,” she said, attributing them to increased human-elephant conflict in Sakleshpur, Alur and Mudigere.

“The recent amendments to the Karnataka Land Reforms Act, 1961, encourages more conversion of agricultural areas which can be detrimental to fragile landscapes such as these. There is an urgent requirement for the government to take measures to protect wildlife corridors and protect the water catchment areas. Human-wildlife conflict is a growing issue and very little attempts are made to protect its corridors. We need to have a landscape-level plan for dos and don’ts,” added Ms. Mrunmayee.