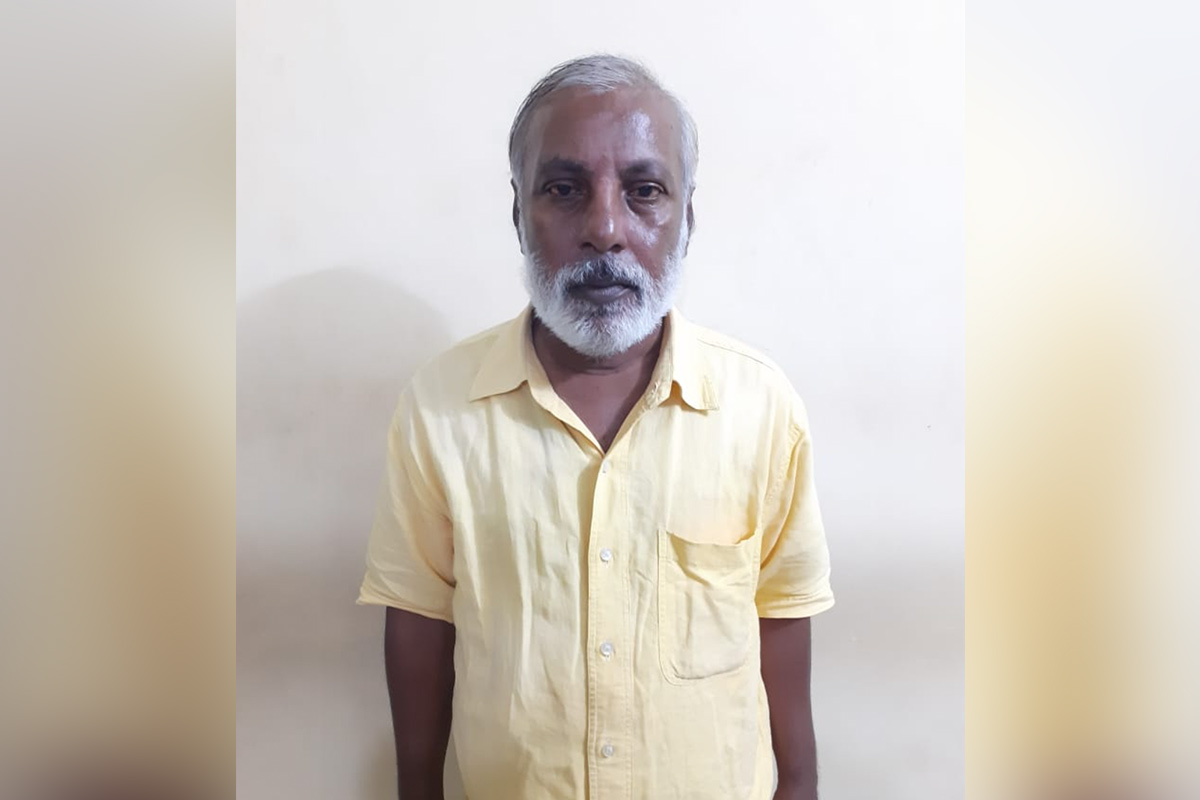 The police said that he had been sending such pictures for over six months.

The Karnataka Police on Friday arrested a 54-year-old man from Chitradurga for allegedly sending explicit pictures to over 200 people over a span of six months. O Ramakrishna, a 54-year-old resident of Challakere in Chitradurga, allegedly sent nude pictures of himself to over 200 people including 120 women over a span of six months. Over a week ago, residents of Challakere informed the police that they had received nude photos from an unknown number.

Based on the information, the police began looking for O Ramakrishna. “His phone was switched off for a while. But we tracked his mobile phone and on Friday, we arrested him from his residence in Challakere,” the Challakere Police said.

Upon interrogation, O Ramakrishna allegedly confessed to sending the pictures. Police said that he would dial up random phone numbers and if there was a dial tone, he would send nude photos to that number.

“There were at least 50 women from Challakere to whom he sent these pictures. The women were reluctant to come forward and file a complaint fearing stigma. He also asked several of the women to send their pictures to him,” the police said.

Police said that residents of Challakere approached the police after several of their relatives had received the messages. “Some of the women were very scared to tell anyone about it fearing stigma. The brother of one of the victims approached us after she told him about the harassment she was facing for many months. Some other residents approached us after they found the pictures on their relatives’ phones. A few men, who had received such photos also complained,” the police said.

O Ramakrishna was arrested and booked under relevant sections of the Information Technology Act. He was produced before the magistrate in Chitradurga and was remanded to 14-day judicial custody.