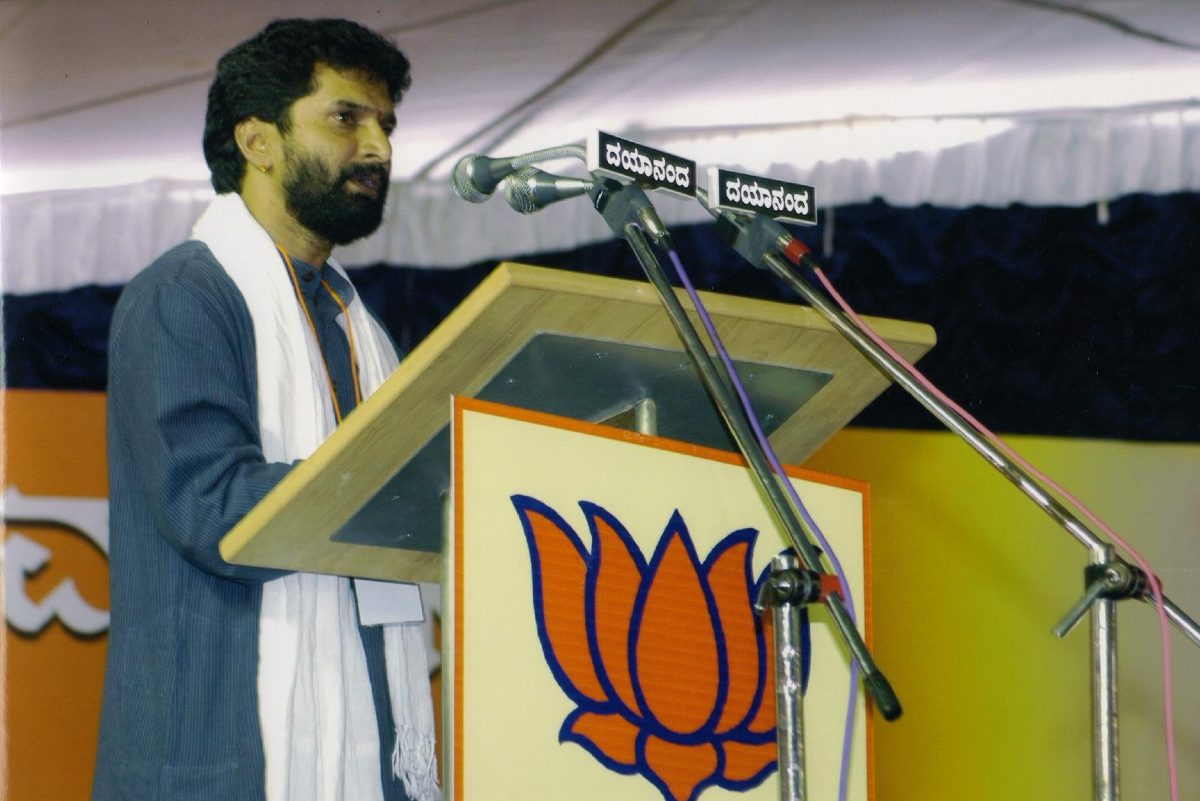 CT Ravi’s resignation as the Minister for Tourism, Kannada and Culture, Youth Empowerment and Sports Department, is likely to pave the way for a smooth cabinet expansion.

Karnataka Governor Vajubhai Vala on Saturday accepted the resignation of Tourism Minister CT Ravi, who was recently appointed as the BJP national general secretary following Chief Minister BS Yediyurappa’s recommendation. Ravi had tendered his resignation to Yediyurappa on October 3 and it was put on hold for more than a month. Just ahead of the counting of votes of the bye-polls to two Assembly constituencies on November 10, the Chief Minister forwarded the resignation letter to Vala, who accepted it.

In the order, the Governor said, “I, Vajubhai Vala, Governor of Karnataka, hereby accept the resignation of CT Ravi, Minister for Tourism, Kannada and Culture, Youth Empowerment and Sports Department from the Council of Ministers with immediate effect.”

Ravi had resigned on October 3 after he was appointed the BJP national general secretary on September 26 as part of the national appointments by the party. The resignation will further pave the way for a smooth cabinet expansion, which is on the anvil.

The Chief Minister had hinted a few days ago that soon after the Assembly bye-election results are announced, the cabinet expansion would be taken up and that the BJP candidate for the Rajarajeshwari Nagar Assembly bye-poll Munirathna would be made a minister “soon after he wins.”

With this, Yediyurappa will have the opportunity to appoint seven more ministers to the cabinet against the maximum permissible limit of 34. In addition to Munirathna, there are many ministerial aspirants among those who had switched over to the ruling BJP from the Congress and the JD(S).

It may also be noted that CT Ravi was initially disappointed with his portfolio following the formation of the BS Yediyurappa government in 2019. As earlier reported, Ravi, who is the party’s MLA from Chikkamagaluru, was upset when he was given a low-key portfolio and was even rumoured to resign within an hour of his appointment.