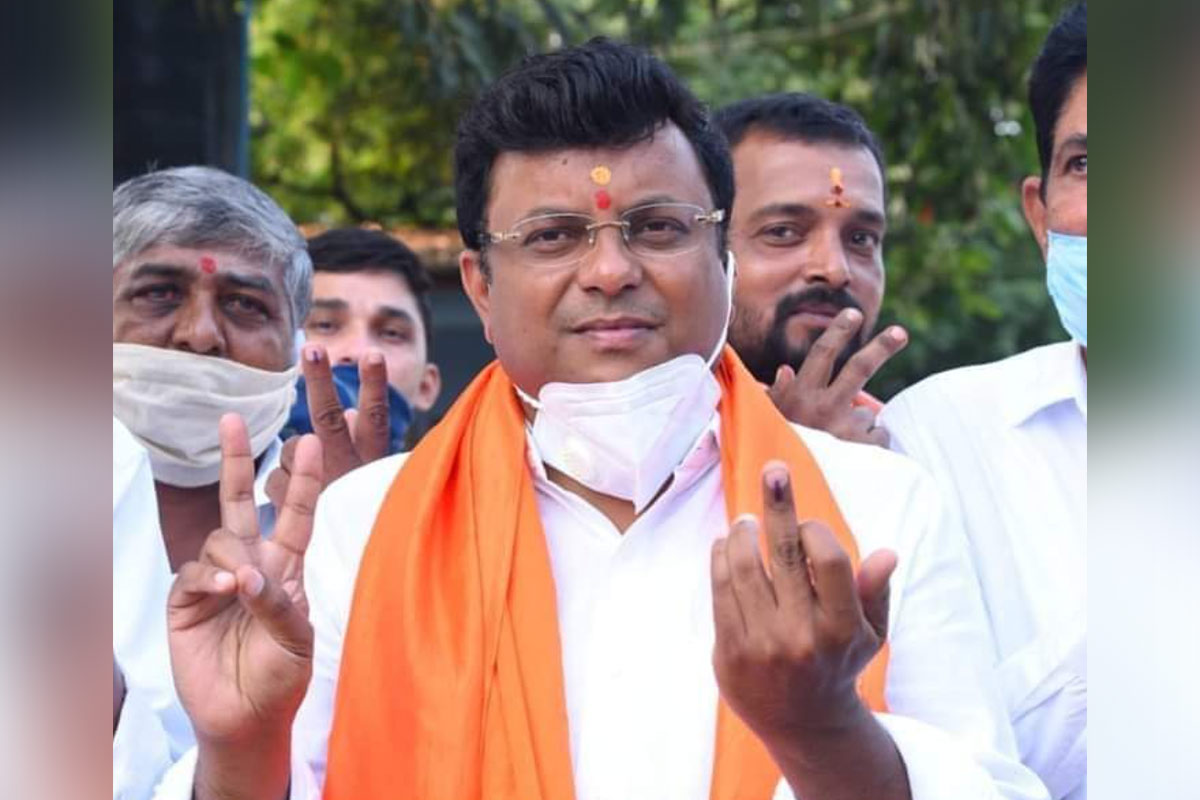 BJP’s win is significant in breaching the Old Mysuru Region where the party has had a bad track record.

It was a result that raised several eyebrows. A constituency that has for decades voted either Congress or JD(S) to power, this time round, Sira’s constituents chose the BJP. It was the first victory for the BJP in the Sira constituency. Its candidate Dr Rajesh Gowda came out with a thumping victory against the Congress’ old war horse TB Jayachandra and the JD(S)’ Anjamma B, the wife of the late JD(S) MLA B Satyanarayana. Rajesh Gowda won by a margin of votes against TB Jayachandra. Rajesh Gowda bagged 74,522 votes, while TB Jayachandra and Ammajamma bagged 61,573 and 35,982 votes respectively.

Dr Rajesh Gowda, a radiologist and a close friend to former Chief Minister Siddramaiah’s son Yathindra, had not picked the BJP as his first choice to begin his political career. Dr Rajesh Gowda’s father CP Mudalagiriyappa, an octogenarian, was the Congress parliamentarian from the Chitradurga Lok Sabha segment, of which Sira is a part of. Mudalagiriyappa was the Congress MP in the 9th, 10th and 12th Lok Sabha.

As a son of a former parliamentarian, political life was not new to Rajesh Gowda. When the date for the bye-polls was announced, his first option was to approach the Congress. Rajesh Gowda had met Leader of Opposition of the Karnataka Legislative Assembly, Siddaramaiah, and asked for a ticket to contest the polls as the Congress candidate. However, Siddaramaiah turned him down in order to stand by his long-time friend, the two-time MLA from Sira — TB Jayachandra.

Siddaramaiah’s adamant stance on offering the ticket to Jayachandra had even ruffled the feathers of the party’s high command. Congress MLAs say that the party’s national leaders were in favour of Rajesh Gowda as their candidate. However, Siddaramaiah is believed to have convinced the leaders of Jayachandra’s capabilities.

Senior Congress leaders say that the electorate in Sira had been unhappy with TB Jayachandra’s inaction for two terms. The loss of face in the 2018 Assembly elections was not only attributed to anti-incumbency but also to the loss of respect. “Jayachandra had repeatedly promised constructing proper roads, and filling up the Madaluru and Hemavati tanks’ waters. Each time, these promises were not kept up. The constituents had no respect for him. This time around, the BJP had openly campaigned that only if the constituents vote for BJP would there be development as they are the ruling party,” a senior Congress leader said.

Rajesh Gowda too, had heavily relied on poll promises of comprehensive development of the constituency. His campaign had focused on the “blueprint of development” he had penned, which he promised would be implemented if he was elected. Rajesh Gowda had repeatedly said in his campaign speeches that the logical choice for the voters would be to choose him as the BJP is in power both in the Union and the state level. In a video, which had gone viral ahead of the polls, BJP cadre could be seen saying that if a leader from an Opposition party is chosen, then Sira would not witness any development as the government would release funds only to constituencies its MLAs are elected from.

With Rajesh Gowda’s victory, the BJP opened its account in a Vokkaliga-stronghold once again. The first time the BJP penetrated a Congress and JD(S) fortress was during the bye-polls in KR Pete with Narayanagowda’s victory in 2019. This time around, the party strategically fielded Rajesh Gowda, who is from the Kunchatiga Vokkaliga community, and was able to snag the votes that traditionally went to the Congress and JD(S) as he represented the community, who form the major vote bank in the region.

The BJP’s victory in Sira has once again proved that the appeal of old war horses wears thin over time and that political parties have to pick candidates strategically, rather than out of obligation to old friends. Perhaps the grand old party will take away this lesson from the loss in Sira.