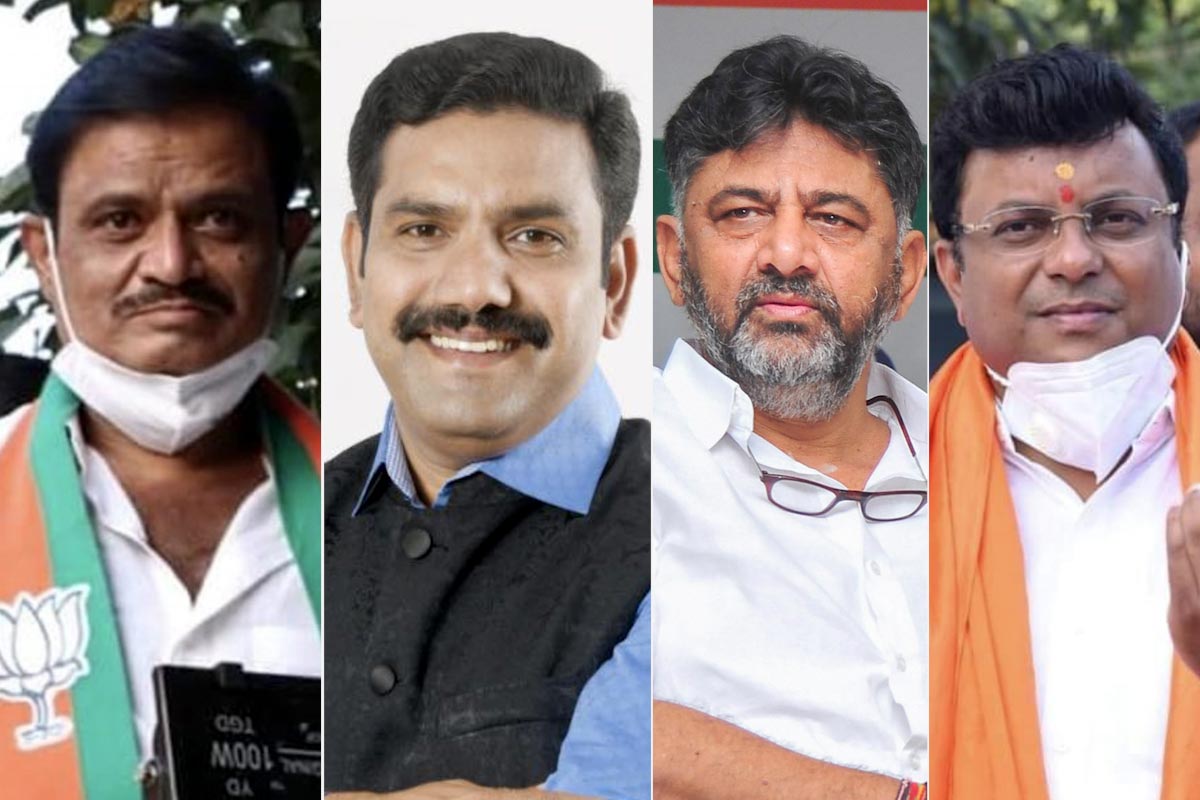 The verdict has come as a shock to DK Shivakumar, while the BJP opened its account in Sira after trying for three decades.

Results of the Raja Rajeshwari Nagar (RR Nagar) and Sira assembly bye-elections in Karnataka have demonstrated two aspects: voter fatigue for a candidate can mar all efforts of a party rallying behind a person and a people- friendly candidate can sail through irrespective of which political outfit he/she represents. Though the ruling BJP bagged both R R Nagar and Sira seats, these polls have learning lessons for all the three principal parties in Karnataka.

The two bye-polls verdict will not change the tide of Yediyurappa’s political fortunes unlike the ones in December 2019, where he had to win to make his minority government into a majority to continue in power, but adverse results would have given scope for the Congress and the JD(S) to attribute it to the ruling party’s performance in handling three floods in the last 15 months and the pandemic COVID-19.

Former deputy Chief Minister G Parameshwara, who was in charge of Sira said: “It’s not people’s victory, but of money. A section of people got influenced by it. There is evidence on social media of the BJP indulging in electoral malpractices in both the constituencies, but no action was taken by the Election Commission,” he claimed.

The Congress losing the RR Nagar seat by a margin of 57,936 votes to BJP’s N Muniratna for whom this is the third victory from the constituency in a row, is a setback to KPCC president D K Shivakumar and his brother DK Suresh, the MP representing Bengaluru Rural Lok Sabha. The Congress candidate, H Kusuma, was Shivakumar’s choice and RR Nagar is an assembly segment within Bengaluru Rural parliamentary seat. During the campaign, Shivakumar had sought votes saying the electorate should consider him as the candidate.

Besides, Shivakumar who had caught the Congress high command’s attention for his election management skills by ensuring the victory of candidates in the past was unsuccessful this time, though he is at the helm of the state unit now. Reacting to the electoral reverses he said, “I had not expected my party candidate to be defeated by such a huge margin in R R Nagar, while in Sira the performance was below our expectations. The party was sure of bagging that seat. I am being asked that when I managed to ensure victory of candidates in the past why not now? I entered the legislative assembly by losing my first election in 1985, but have won continuously after that,” he maintained.

In Sira, the Congress fielded former minister T B Jayachandra, who had been given the ticket nine times and won several times. However, voter fatigue for the candidate seemed to have set in, which had been pointed out to Shivakumar by AICC general secretary Karnataka in-charge Randeep Singh Surjewala. According to Congress sources, the state unit chose to renominate Jayachandra who had lost the 2018 assembly polls due to intra-party rivalry.

“This was the best campaign ever in Sira as all worked unitedly. Former MLA K N Rajanna, who reportedly had remained active in 2018 campaigned as if it was his own election. We lost the by- due to money power and misuse of the government machinery by the BJP,” SIra Congress campaign convenor S R Mehroz Khan said.

The BJP’s reasons for being jubilant is that it opened its account in Sira after three decades of attempts. Yediyurappa’s son and state BJP vice-president BY Vijayendra camped in Sira and did a repeat of KR Pet in Mandya district. The BJP won the KR Pet constituency, a JD(S) bastion in December. Both are Vokkaliga dominated constituencies which were being represented by either the JD(S) or the Congress. It’s learnt that Vijayendra tried to reach out to all voters in Sira in addition to party’s candidate CM Rajesh Gowda, a radiologist by profession, whose family has represented the constituency in the past.

In RR Nagar, though it was a proxy battle between Revenue minister R Ashoka, Shivakumar and former chief minister H D Kumaraswamy for establishing their supremacy among the Vokkaliga community, according to poll analysts, it was Muniratna’s rapport with the voters, which helped the BJP to win. Most of the Congress former BBMP corporators and workers are said to have walked out with Muniratna, when he resigned in 2019 to join the BJP.

R Ashoka, who is in charge of RR Nagar for the BJP had told TNM that it was a question of prestige and challenge to him as the by-poll battle was being fought proxy between Shivakumar and him. He had represented RR Nagar which was part of Uttarahalli assembly constituency prior to delimitation in 2008.

Among the two constituencies the JD(S) had pinned its hopes on Sira, which was its stronghold as the by-poll was necessitated due to the death of party’s sitting candidate B Sathyanarayana. The ticket was given to Sathyanarayana’s wife Ammajamma on the premise of a sympathy wave, which was not there. Sensing this, the entire family of former Prime Minister H D Deve Gowda including him campaigned towards the end, but could not garner votes.

With bye-polls over, Yediyurappa’s problems are set to start now. Yediyurappa can no longer postpone  the cabinet expansion. Lobbying has already commenced with aspirants like MLCsA H Vishwanath and R Shankar visiting New Delhi to meet the central leadership. The CM will have to go in for a reshuffle by dropping some of the non-performing ministers if he has to accommodate the aspirants, some of whom are seniors waiting for a long time, besides his wish list of legislators.

The bye-elections results seemed to have not deterred the Congress party.

“We will pull up our socks and get ready for Maski and Basavakalyan assembly by-polls and the Belagavi Lok Sabha constituency,” Parameshwara said.

Yediyurappa during his campaign in Sira had declared that a win in Sira will prove that the BJP can win any constituency in Karnataka.