With BJP’s Sira win, BY Vijayendra emerges out of his father’s shadows 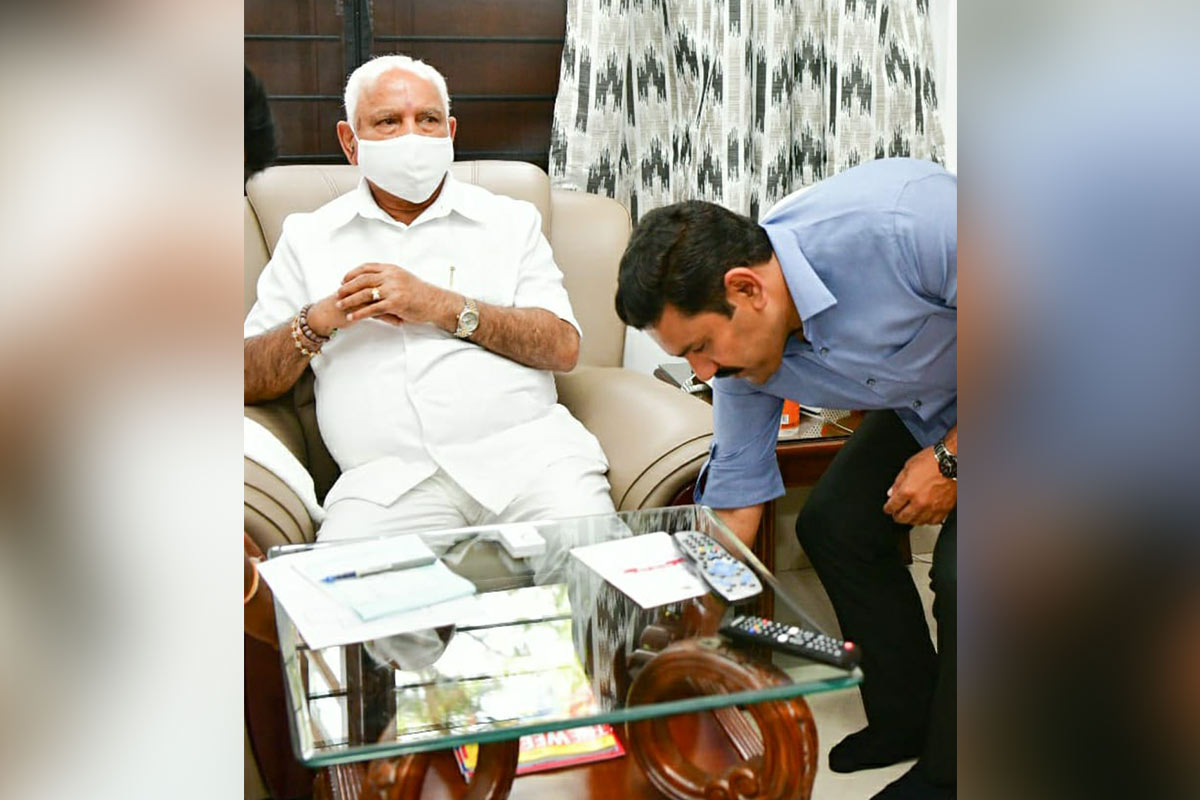 Vijayendra had taken up the uphill task of leading the KR Pete campaign in 2019 and the Sira seat now, and managed to win both.

BJP’s win in the Sira byelection has been particularly momentous for the Chief Minister and his family. The candidate was a new entrant–Rajesh Gowda who was denied a ticket by the Congress, who then jumped ship to the BJP. The leader in-charge of the elections was Deputy Chief Minister Govind Karjol. But it was clear that this was a test of Yediyurappa’s son, BY Vijayendra’s capabilities as a campaign strategist and he has emerged victorious, bolstering his image and chances of a larger role in the party.

The BJP has never been a serious contender in Sira which has always voted either the JD(S) or Congress to power. Thus far, the BJP has not even come second in Sira. But this time, almost a month before polling, for the first time in 40 years, Sira looked like a triangular contest. The JD(S) fielded the late MLA B Sathyanarayana’s wife Ammajamma, to retain their stronghold. The Congress stuck to its old guard fielding TB Jayachandra despite his loss in the 2018 polls. The BJP fielded a doctor whose father had been a Congress strongman in the region but was denied an opportunity by the grand old party to contest the byelections.

Since October 15, BJP State Vice President BY Vijayendra has been camping at Sira to lead the party’s campaign. In the December 2019 byepolls too, Vijayendra had taken up the uphill task of leading the KR Pete campaign where the party had never won. The candidate Narayana Gowda who had joined BJP from JD(S), went on to win for the first time. But many chose to dismiss this as a one-off victory for the saffron party in the region, adding that BJP still critically lacks the grassroot network. However, with Sira victory, Vijayendra has earned a reputation of being a giant slayer, taking on the mighty Gowdas in their Vokkaliga stronghold and emerging victorious.

Speaking after the results were announced, Vijayendra said, “There was a perception that BJP is a party of upper castes and it cannot win in the Old Mysore region. Today’s results have proved it wrong. People of all castes and communities have supported BJP. In coming days BJP will win more seats in Old Mysore region.”

Sira’s caste breakup is heavily stacked against the BJP which is perceived largely as a Lingayat-supported party in Karnataka. The constituency has 60,000 Vokkaligas, over 65,000 SC and ST votes, close to 22,000 Muslim votes, and just around 5000 Lingayat votes. For the JD(S), it was a desperate battle to not just retain the Vokkaliga votes but even to be relevant in the region. The constituency saw all the political leaders, spanning three generations of the Gowda family campaign. For DK Shivakumar, it was to prove his mettle as a party president and a formidable Vokkaliga leader.

BJP fought the election here on the development agenda promising the voters funds for development if the party wins. The party had managed only 16,959 votes which form a mere 9.41% in 2018.  Sira is one of the most backward constituencies in the region with severe drinking water problems as well as lack of irrigation facilities for the farmers. The BJP which is in power both in the state and Centre promised to deliver development if their candidate wins.

While the Chief Minister barely campaigned in Sira, it was a very important test for him because it would not just reinforce his ability to win as a mass leader in the party but also set the tone for his son’s future. Sources in Yediyurappa’s camp told TNM that he would use the victory here to position his son as a tough campaigner who has been working to expand the party’s votebase and not just someone who uses his father’s influence as the CM to get brownie points by taking up easy targets.

Some senior leaders in the party too have started acknowledging Vijayendra’s leadership. BJP Karnataka president Nalin Kumar Kateel had praised Vijayendra by saying that he is ‘Arjuna who will win the Dharma Yudh for BJP in Sira’. While senior minister Sriramulu had publicly called Vijayendra – Chhatrapati Shivaji.

Expanding BJP’s presence in the Old Mysuru region has a significant long-term impact. The region is the largest in the state with 55 seats and has been considered a Vokkaliga belt which the BJP has been the weakest at. With BJP now winning seats in districts like Mandya, Hassan and Tumakuru, it can hope to cement its place in the region.