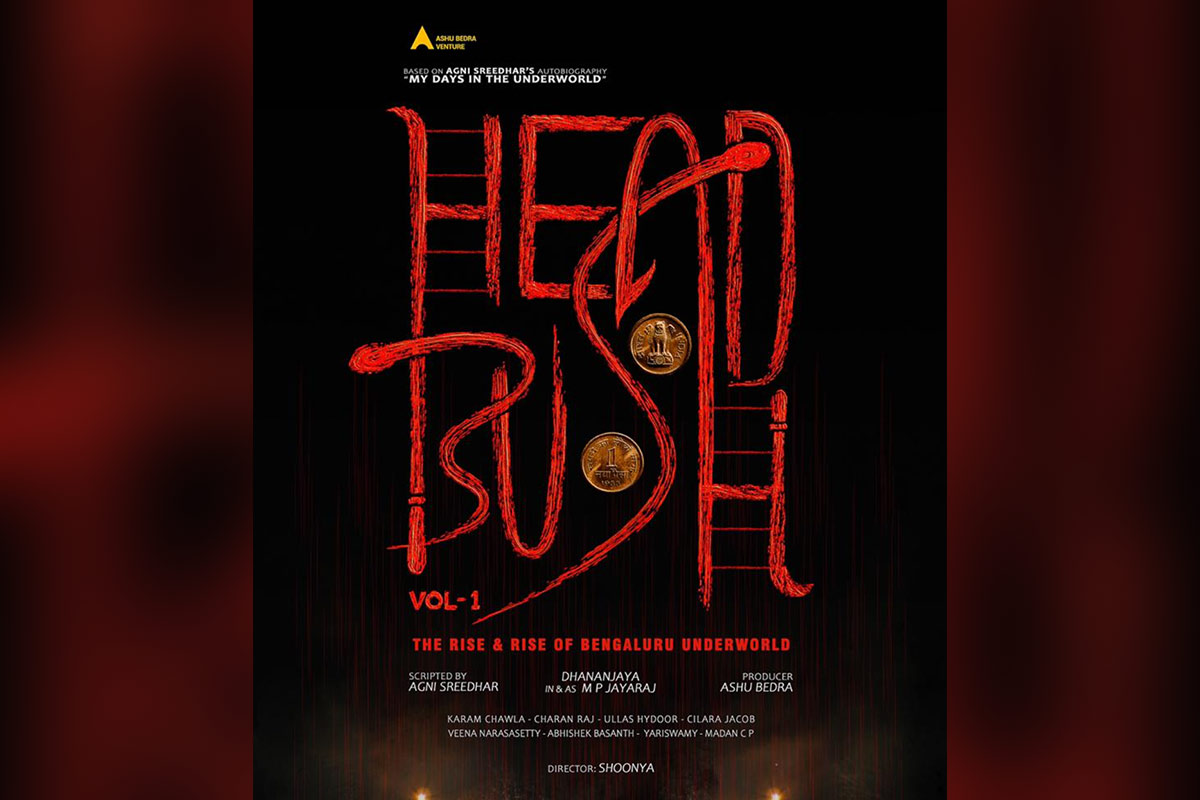 The shooting was earlier scheduled to begin in the summer of 2020, but was delayed due to the lockdown.

After a delay in its commencement, Head Bush: The Rise & Rise of Bengaluru Underworld is set to begin shooting in February next year. Head Bush is a biopic on Bengaluru’s former underworld don MP Jayaraj, and the poster for the film was released in August by Sandalwood star Puneeth Rajkumar. The shooting was supposed to begin in the summer of 2020; however, it was delayed due to the pandemic and the ensuing lockdown.

In his directorial debut, Shoonya, who formerly worked with Rakshit Shetty as an assistant director, is yet to finalise on the female lead for the film. Sandalwood actor Dhananjay will be playing the role of MP Jayaraj. Based on the autobiography written by former gangster Agni Sridhar — My Days in the Underworld, the film is the first among four volumes. Head Bush is scripted by Agni Sridhar, and his nephew Abhishek Basanth is working as the editor for the project.

Agni Sridhar told TNM that the film will have Bollywood actors cast in it too, and that the cast would be finalised soon. The official announcement of the cast is expected by the end of December. “We wanted to rope in Amitabh Bachchan to play the role of Devaraj Urs (former Karnataka Chief Minister) and he had agreed too. We had also held talks with him. But we decided not to as the character of Devaraj Urs would be overshadowed by Amitabh’s persona. We will announce the cast soon,” he said.

The movie is set between 1974 and 1977, when Bengaluru’s first underworld don, MP Jayaraj, came into power. The film tracks the political patronage he received and how he went on to become one of the most dreaded mobsters in Karnataka’s history.

Director Shoonya said that the film is inspired by The Godfather series. Head Bush was originally planned as a two-part series, and was later expanded to accommodate four films. The series will trace the rise of the underworld, and will have separate films to showcase the periods of various dons, including Kotwal Ramachandra and Muthappa Rai.