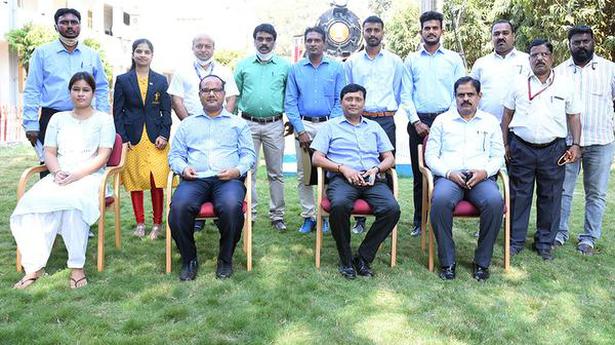 Three employees of the Hubballi Division of South Western Railway (SWR) who have been honoured with the Ekalavya Award for their achievements in cycling were felicitated at a function here on Monday.

Mr. Malkhede felicitated Adiveppa Bhati, Megha Gugad and Venkappa Kengalagutti who have been conferred with the Ekalayvya Award for the years, 2017, 2018 and 2019, respectively, for their outstanding contribution to the field of cycling.

Congratulating the award winners, he hoped that the award would further motivate them to practice hard and win more medals for the country in the coming years.

He also commended the contribution of coaches who trained these award-winning cyclists.

Everyone should work towards a prosperous India by being vigilant and following ethics, he said.