Not enough is done to combat pneumonia in children, say doctors 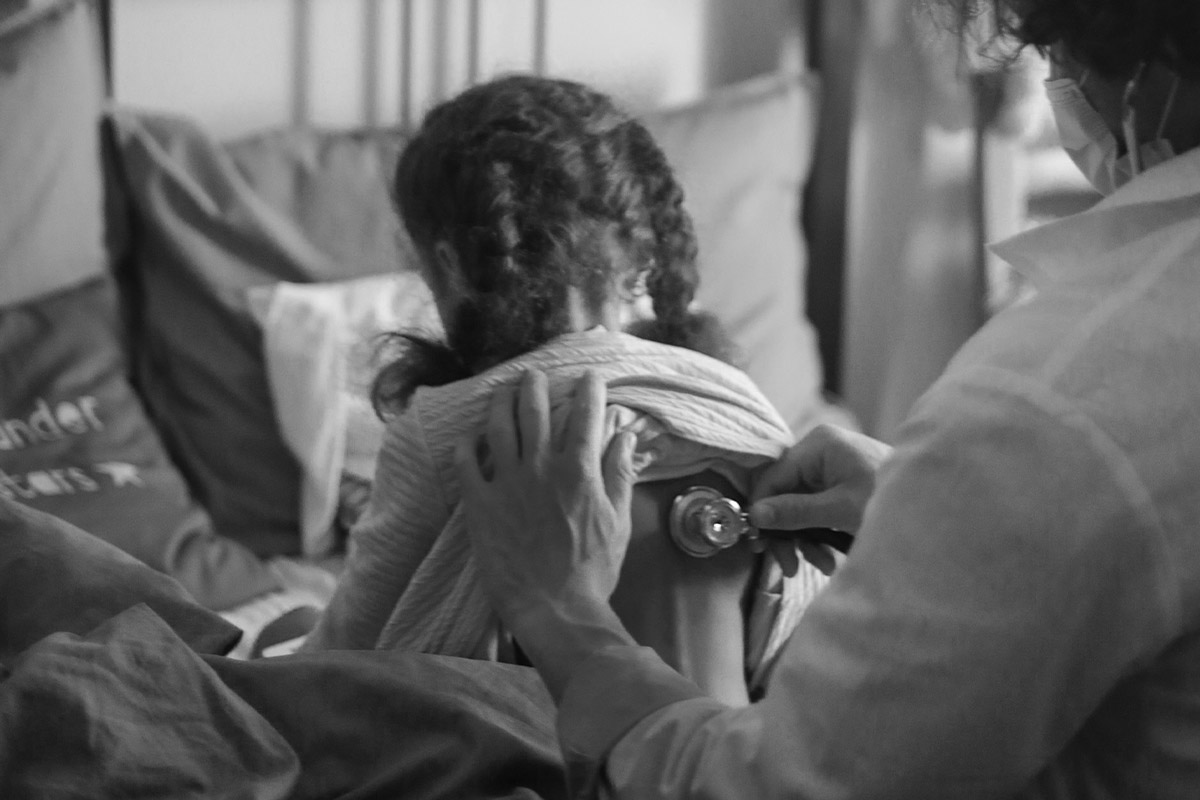 According to doctors, a huge roadblock in the fight against the disease is the lack of a strong public healthcare infrastructure.

According to doctors in Bengaluru, the fact that child pneumonia accounts for 15% of child deaths under the age of 5, does not get as much attention as is necessary. Pneumonia is a respiratory disease that occurs when either a bacteria or virus infects the lungs, and the air sacs get filled with fluid. This hinders oxygen absorption in one’s body, which could lead to death. World Pneumonia Day is annually observed on November 12.

Child pneumonia is responsible for the deaths of around 8,00,000 children globally every year, roughly amounting to 200 deaths per day, according to UNICEF. In India, 1,27,000 children died due to the disease in 2018 alone, which translated to 14 child deaths every hour, according to UNICEF’s data. These deaths reportedly occurred mainly in low income sections of society, where access to healthcare is difficult.

The union Ministry of Health and Family Welfare started the ‘Social Awareness and Action to Neutralise Pneumonia Successfully’ (SAANS) programme in November 2019, to act towards fighting infant mortality caused by pneumonia. With the programme, the government announced several measures to combat the disease, including providing oxygen and antibiotics at early stages of the disease. While many doctors appreciated this initiative, they felt that these measures are insufficient.

According to Dr Shalini Sharma, a paediatric infectious diseases specialist, “One thing that needs to be done to fight pneumonia in children is to promote vaccination… vaccines are available for half of the infections that cause pneumonia in children, but these are not included in the compulsory vaccination schemes of the government. If this is done you solve half the problems before they arise.”

Another huge roadblock in the fight to prevent pneumonia is the lack of a strong public primary healthcare infrastructure. The lack of good government health centres with adequate facilities leads people to instead approach local healers. Dr P Jagadish Kumar, who is a pulmonologist, says, “A more comprehensive approach should be made by the government where it addresses the health of mothers also who are breastfeeding and provides them a diet with vitamins and also supplements need to be given to them”. He adds, “The cost of healthcare is also a problem, by this poor people will look for alternatives such as Nati Vaidhyas (local healers) which will further reduce the chance of any actual treatment, if trust must be restored we need to provide free treatment and also conduct campaigns to educate them of the disease and show them the real cure.”

Dr Vivek, also a pulmonologist, echoes this view, “Even COVID-19 can cause pneumonia and the only way to deal with it effectively is to develop good infrastructures in PHCs (Public Health Centres) such as providing oxygen ventilators… PHCs are where most of the low-income people go to immediately when they are ill.”

He adds, “Air pollution is another big threat to children with pneumonia. This causes breathing distress and without oxygen the child dies; during Deepavali season this problem increases. To combat this the government needs to enforce green crackers and educate people from a young age the health problems that crackers cause.”

The fight against child pneumonia is not an isolated one, and a wide-reaching, effective healthcare network is imperative to win the fight. Though many initiatives to combat the disease are launched, the money doesn’t reach everyone. India’s average spending per year is around $16, as of 2016. The WHO also recommends countries to spend 5% of their GDP on developing primary healthcare; in 2016, India spent only 0.9% of its GDP on developing this infrastructure.

On the occasion of World Pneumonia Day this year, the Ministry of Health and Family Welfare renewed its pledge to fight out child pneumonia. Hopefully, the coming years will at least see a reduction in the number of cases of pneumonia in children.