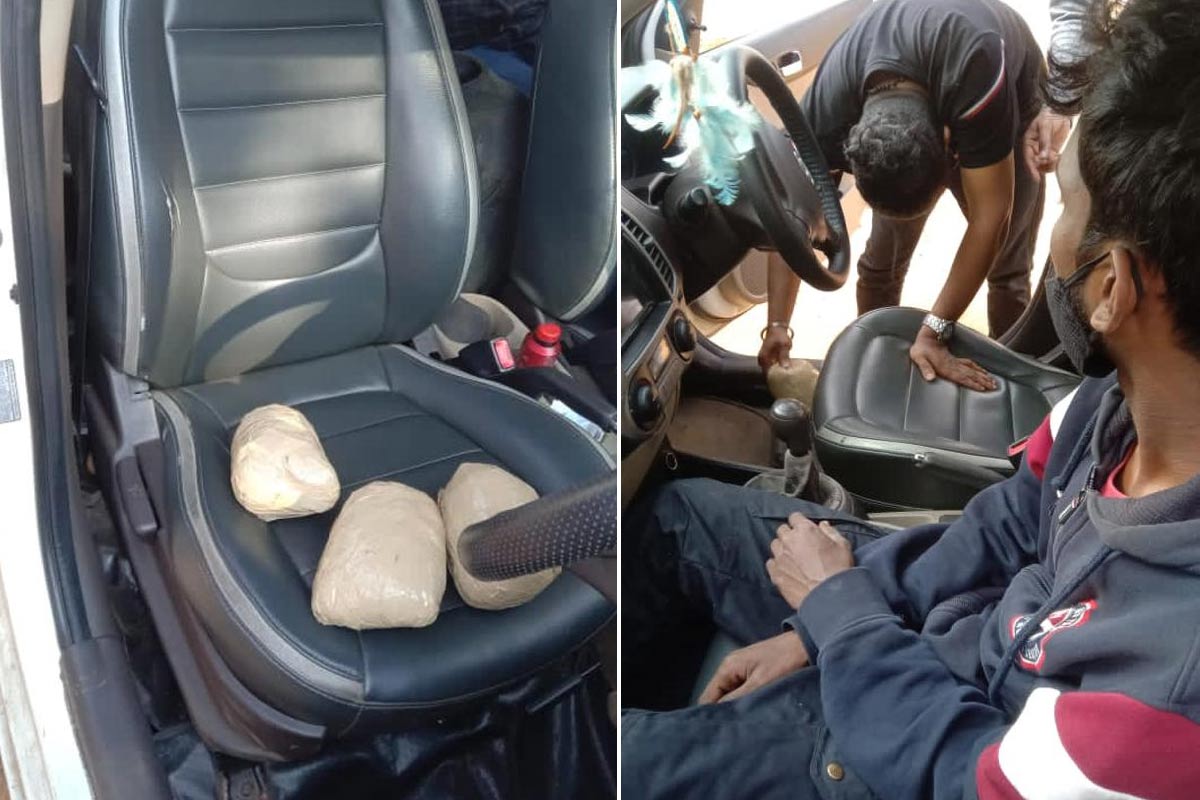 The Narcotics Control Bureau (NCB) on Friday announced the arrest of three people belonging to an inter-state drug racket who were allegedly smuggling hashish oil into Bengaluru from Andhra Pradesh. The three persons – Ranjith RS, Ananth PD and Sarang KK – were caught near Devanahalli toll gate on Monday by a team of officials when they intercepted a car. They found three packets, wrapped in brown cover and concealed under the driver’s seat which contained 3 kgs of hashish oil worth Rs 25 lakh.

The accused persons allegedly confessed that the drugs were sourced in Vishakapatnam and were planning to sell it through the contacts they had made in Bengaluru and Kerala. The vehicle was bound towards Bengaluru from Vishakapatnam and the three accused members also planned to travel towards Kerala.

“Of late, a syndicate from Kerala has been found to be involved in trafficking hashish oil from Andhra Pradesh to Bengaluru and Kerala and further export it to middle east, Maldives and Sri Lanka,” a press release by the NCB said.

Hashish oil is a narcotic drug extracted from a chemical content THC or Tetrahydracannabinol found in the stem of marijuana plants. Hashish as well as Hashish Oil have an intoxicating effect on the persons consuming it.

“The said drug is used in rave parties and commonly used amongst film celebrities for addiction purposes. The commercial quantity under NDPS Act is 1 kg,” read the press release.