49 villages in Yadgir district to soon get irrigation facility 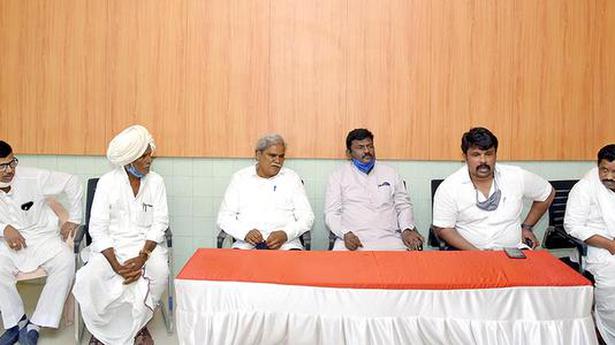 BJP MLA from Surpur Narasihma Naik and Congress MLA from Shahapur Sharanabasappagowda Darshanapur have said that 52,000 acres of dry land in Hunsagi and Surpur taluks will soon get irrigation facility as the required grants for a ₹ 549-crore project have been released.

“Land losers in these 49 village are yet to get irrigation facility, despite several efforts in the past. Mr. Darshanapur and myself have jointly brought pressure to bear on the State government to get the grants sanctioned for the project, as a few villages, though they are in Surpur taluk, fall in Shahapur Assembly constituency” Mr. Naik said. “The project will commence after the process of floating tenders is completed,” Mr. Darshanapur said. Raja Amareshwar Naik, MP, Devanna Malagaladinni, Basavarajswamy Sthavarmath and H.C. Patil were present.