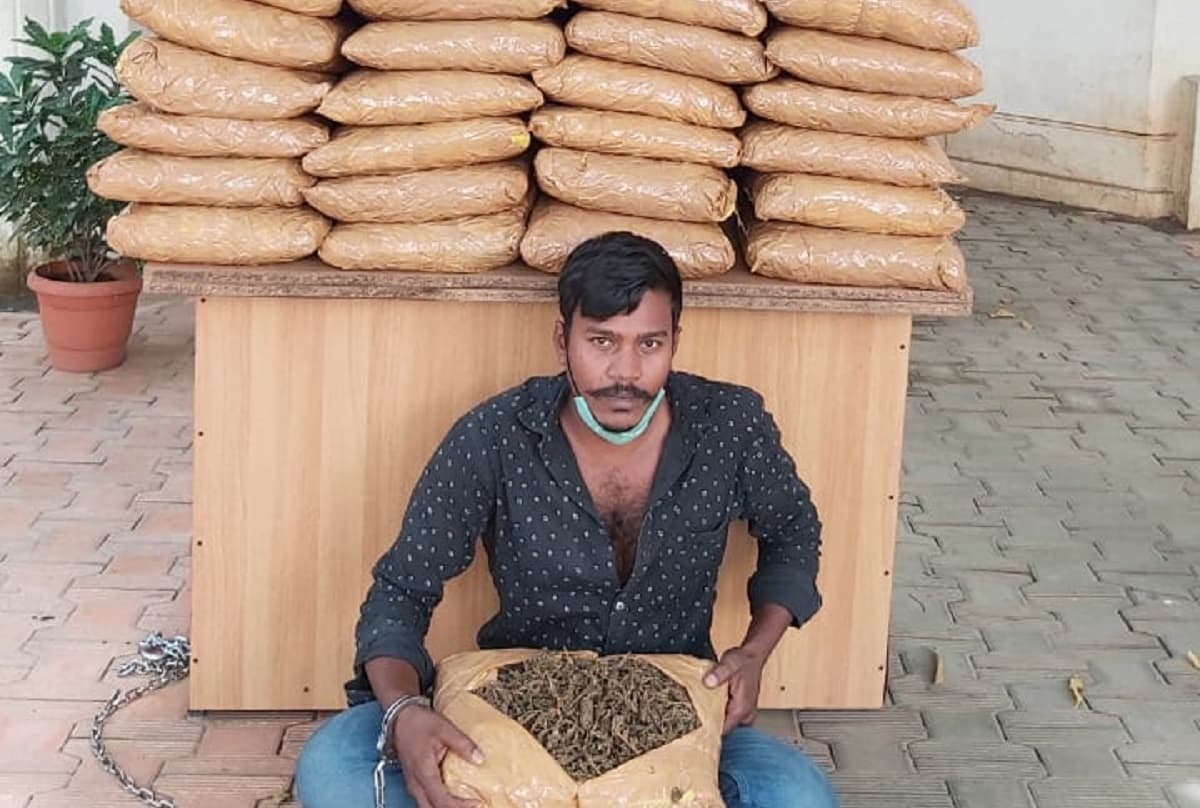 The ganja was found in a vegetable supply truck.

The police had to impersonate themselves as big time ganja traders to nab the drug dealer. After getting the police team runaround, he finally came on a video call and asked them to show money if they really wanted such a quantity, the police did what he said only then he decided to meet them, the police officer told reporters.

According to the Rajgopal Nagar police the accused has been identified as Shivakumar aka Shiva (27), resident of Chikkaballapur district.

Police said that the accused used to transport marijuana hidden in his vegetable supply truck from Chilkkaballapur to Bengaluru, which is 50 km afar.

A senior police officer added that Shivakumar modus operandi was to visit cities like Hyderabad, Tirupati, Vijyawada and Vizag to procure ganja from there and store it in his house in Chikkaballapur.

The police team had palced an order of nearly 17 kg from him.

“We were stunned to see the way he had managed to store it in his house. It can only be done by a after gaining lot of experience as a professional smuggler,” the police said.