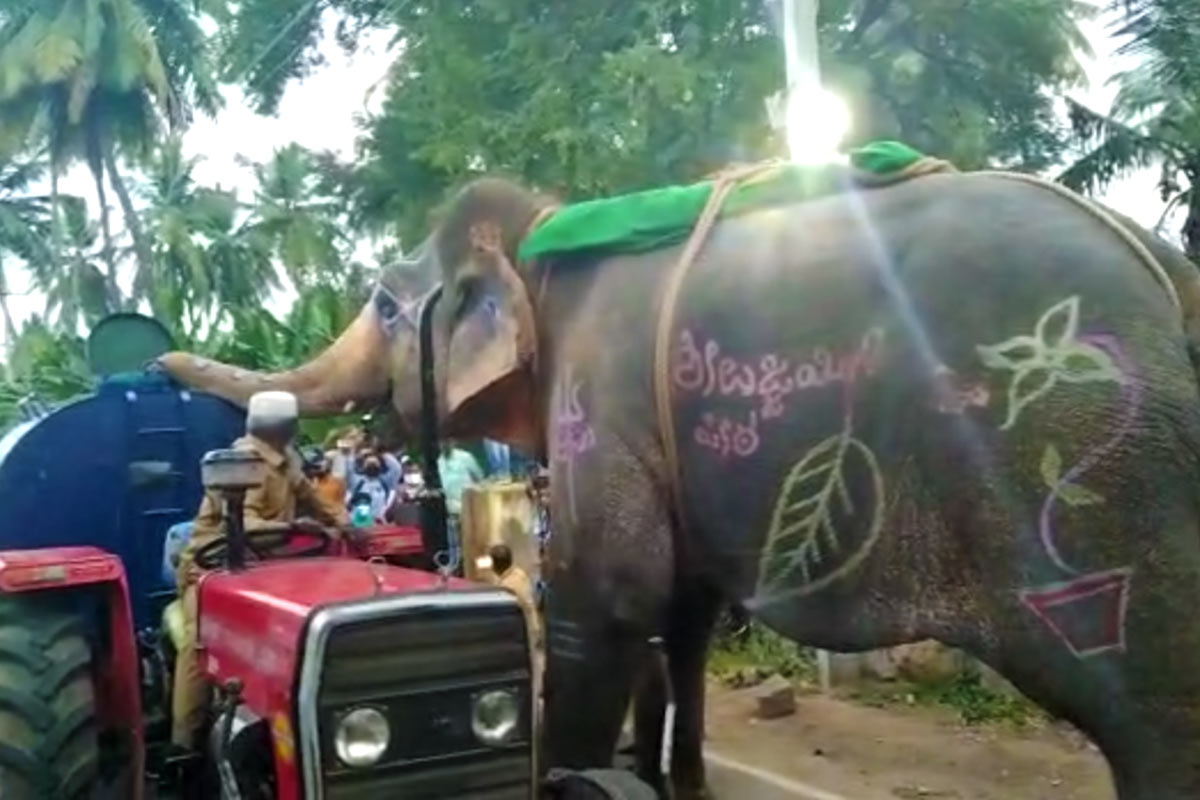 The elephant stopped the water tanker to drink water in Ballari district.

A video clip in which a thirsty elephant is seen stopping a water tanker enroute its procession during Hampi Utsav in Karnataka’s Bellary has gone viral. This incident took place during a Shobha yatra (procession) to mark the beginning of the day-long Hampi Utsav on Friday.

In the clip, the giant is seen stopping a water tanker and gently signalling its driver to open the tanker lid to help quench its thirst.

At first the driver looks perturbed over the elephant coming towards him. But after explanation by the state’s Forest Minister Anand Singh’s son, Siddharth Singh, who was also present on the spot, that the elephant was asking him to open the lid, the driver then allowed the elephant to quench its thirst.

After quenching its thirst, the elephant moved ahead in a procession.

Due to the COVID-19 pandemic, Karnataka had decided to cut short this year’s Hampi Utsav to a day-long celebration instead of its three-day annual gala fest.

The Hampi Utsav also called as Vijaya Utsav celebrated over two or three days captures the pomp, splendour and glory of the Vijayanagara empire.

Hampi, situated 376 km from Bengaluru, has been described by the UNESCO as an “austere, grandiose site” of more than 1,600 surviving remains of the last great Hindu kingdom in South India.

The backdrop of the Utsav is Hampi and its ruins. The festival includes lighting up of the prominent monuments in Hampi, Jumboo Saavari (elephant procession), performances by some of India’s most celebrated singers, dancers and performers, a kite festival, water sports, food courts, photography competition, rangoli and mehendi competition.

Hampi Utsav attracts lakhs of visitors from all the parts of the world and is one of the most popular celebrations in Karnataka, making Hampi one of the top places to visit in Karnataka.